Yeah, I said it: the coffee nook we built this weekend is
really stinking cute!

My wife is an absolute genius as far as I am concerned, and I’m not ashamed to admit it.
Here’s how it went down… 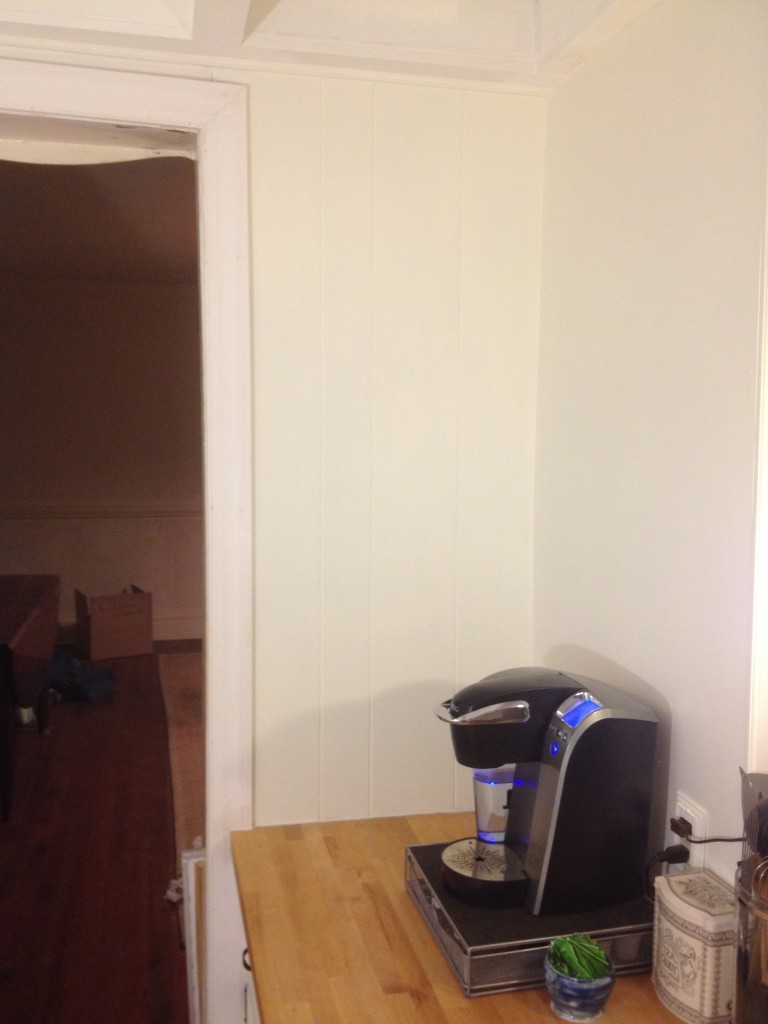 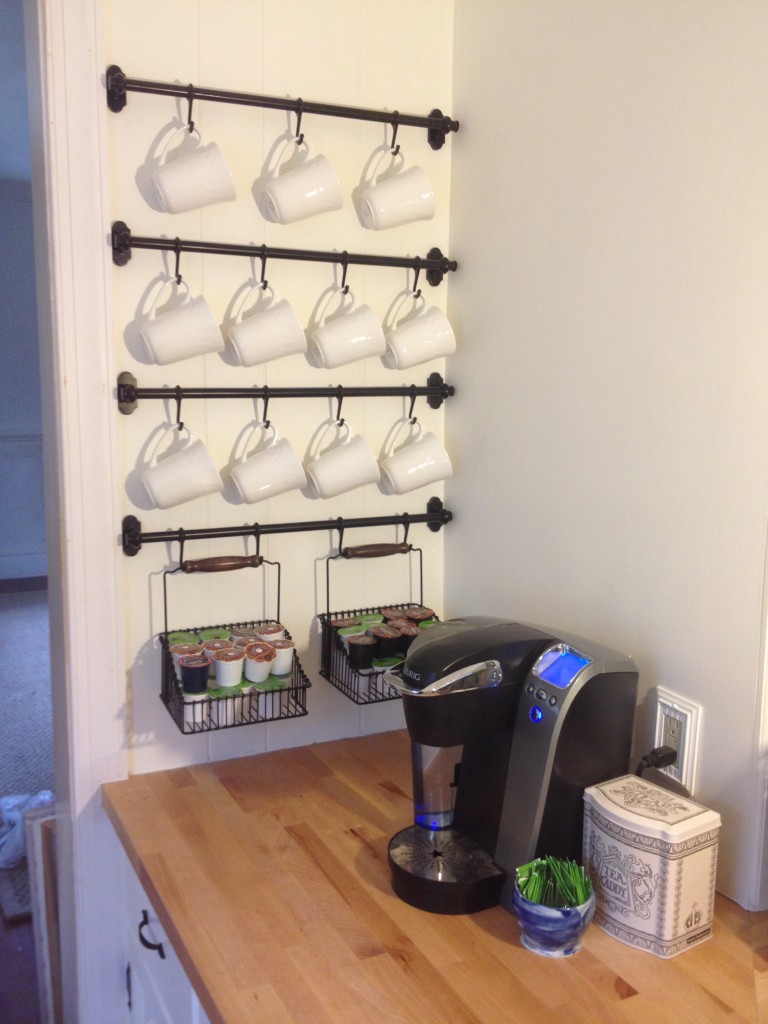 As an Amazon Associate I earn from qualifying purchases.

It all started when Lynne was browsing around the web and saw these great hooks and rails made by IKEA. 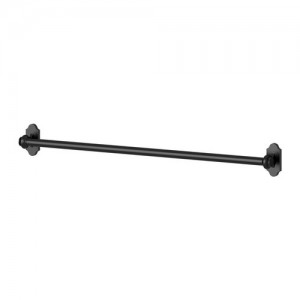 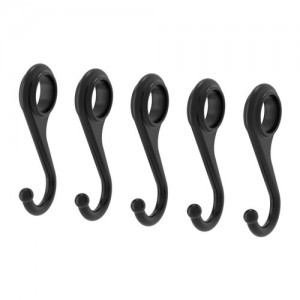 The rails are 22.5″ long and she measured the wall in our kitchen by the dining room doorway: 23″ across!  She decided it was a sign that we were meant to hang our coffee mugs on the wall (and by we I mean me).
So we went ahead and ordered four rails, 16 hooks, and two matching baskets to store our K-cups.

*2021 Update: IKEA no longer seems to make these. Here’s a close match we found from amazon:

They also no longer carry the baskets for this set but Amazon does have cute caddies which will do just the trick here:


Doing some rough calculations, e.g. laying some mugs (these aren’t the exact ones we have but they look pretty similar!) on the counter below where they would hang, we decided that we might be able to fit four mugs per rod. 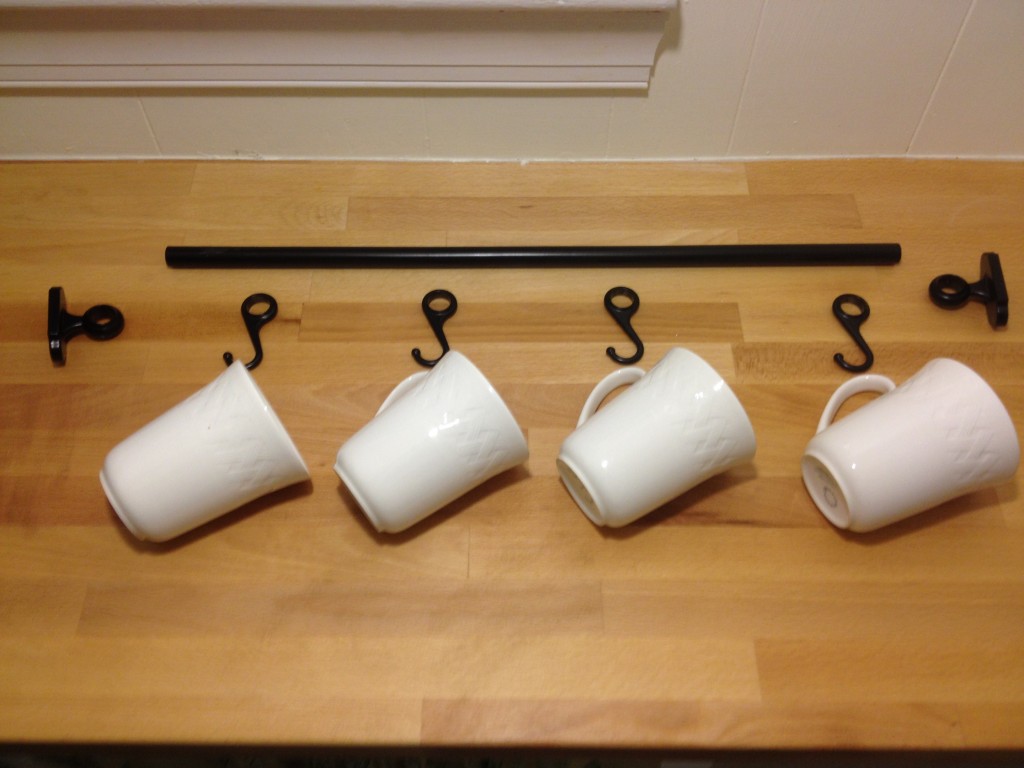 We found out rather quickly that a job such as this requires two people: one to hold up the rods and the other to say whether it should be higher or lower.

Trust me on this one; it makes things WAY easier in the long run.

What you will need to build your coffee nook: 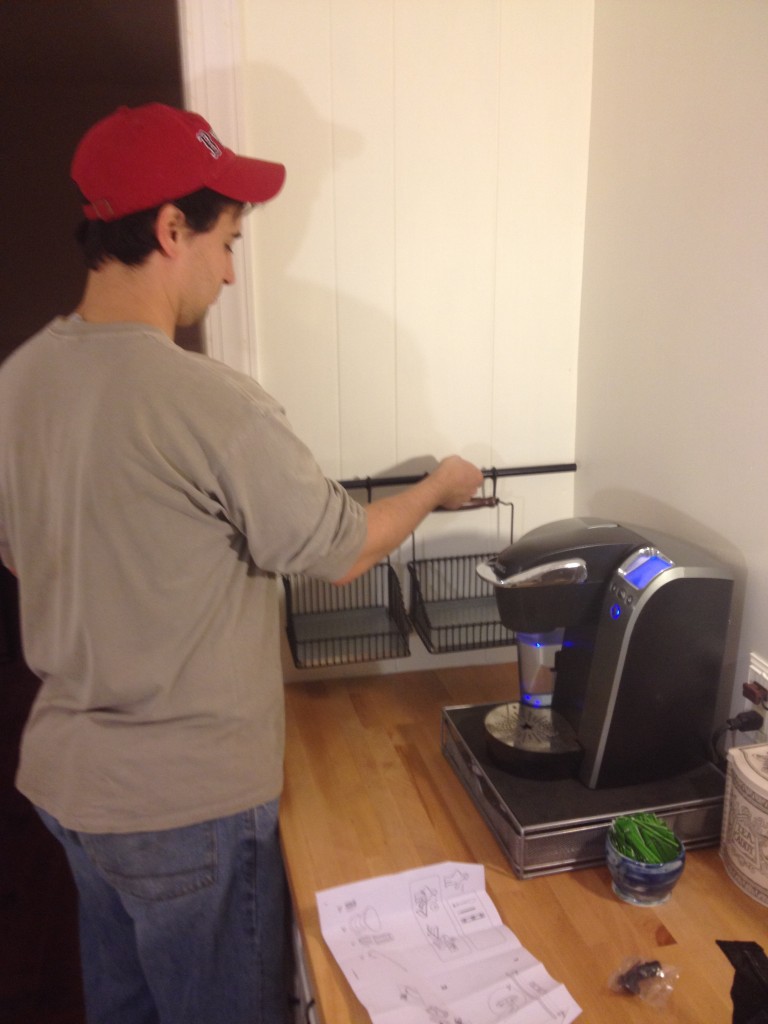 To begin the installation, we measured where we wanted the bottom rail to be and then used our level to make sure the rail would be straight.  (We found out that the walls are very much not straight, which doesn’t help, but oh well!  Comes with the territory of an 1850 house I guess.) 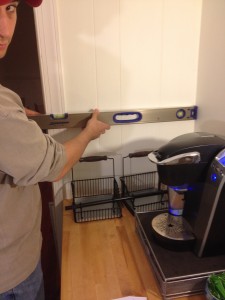 …Lynne snapped this one of me pondering IKEA’s decision not to include screws with which to hang the rails on the wall… so we made a quick trip to buy some screws. 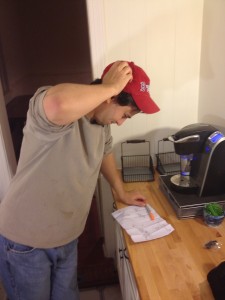 Once we had the screws, it was time to do some drilling!  We marked EXACTLY where we wanted to screw the holes based on the rail backing holes. 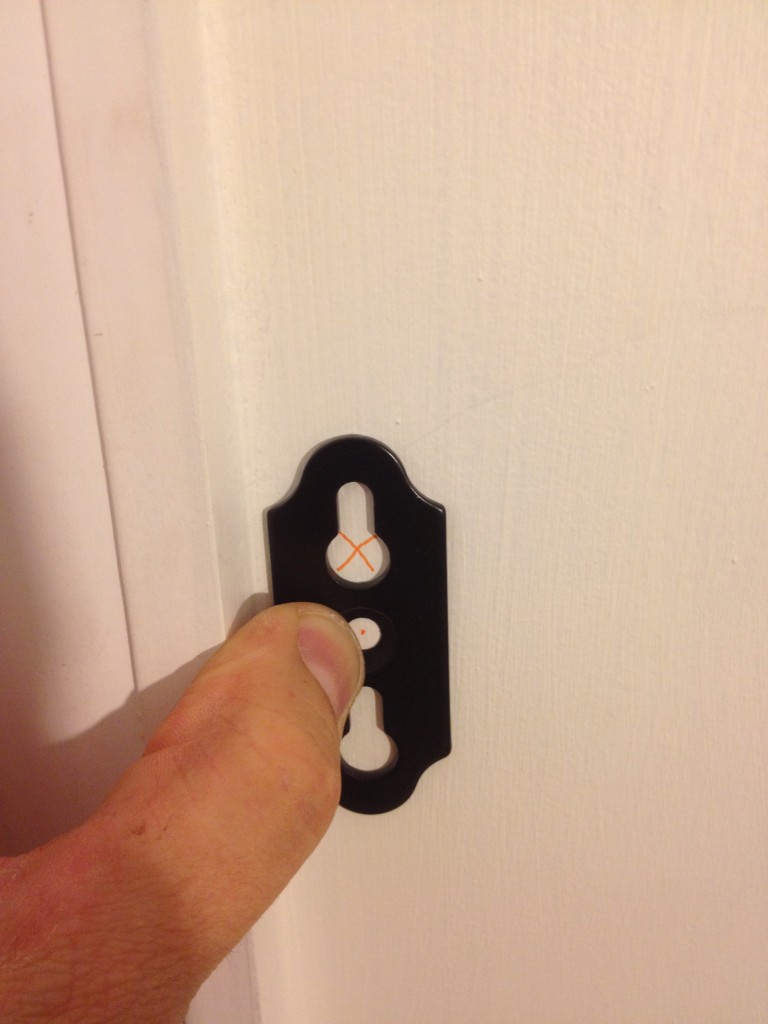 Once we had the screws in the wall, we could just slip the rail brackets over them.  Too easy. 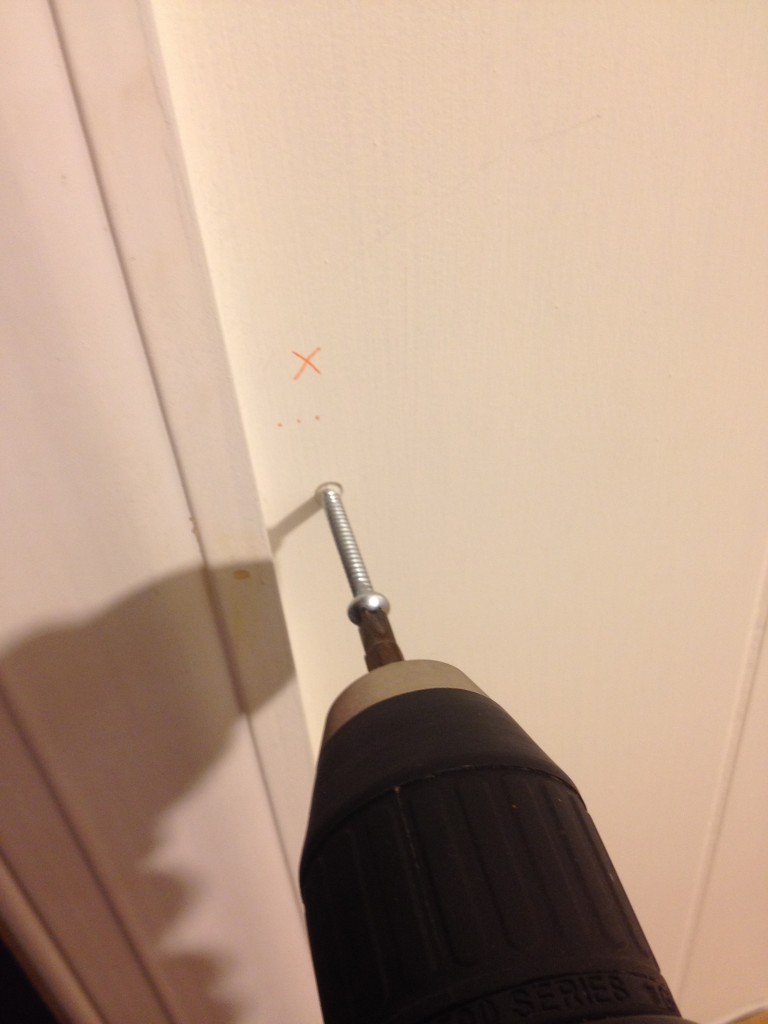 We just slipped the rail through the brackets and it was all done! 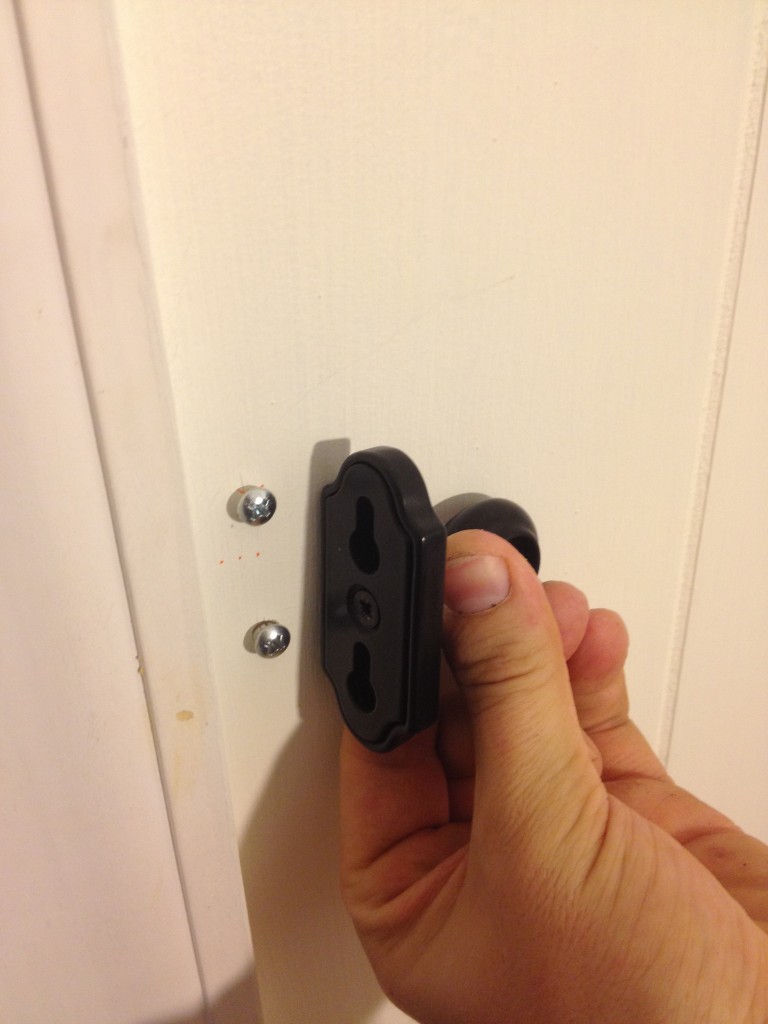 Then it got a little tricker… for the rest of the rails, we had to not only make sure they were level but that they were exactly the same distance apart.  First we played around with the distance til we found one that seemed okay (again, having two people here is key): 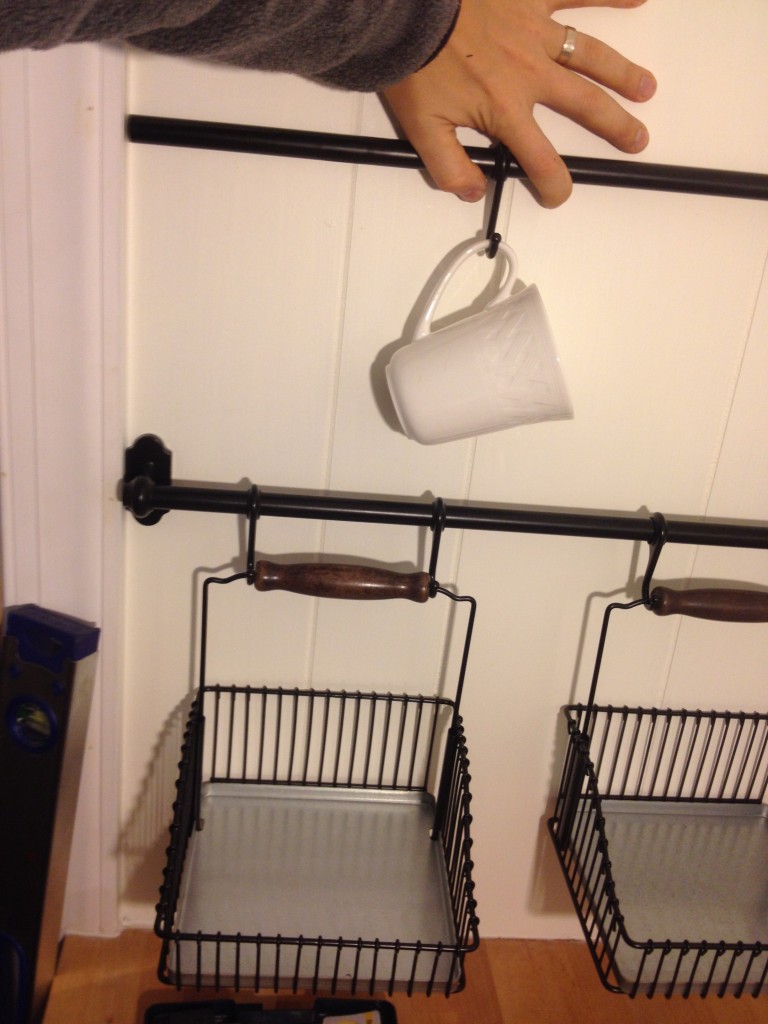 And then we had to measure to make sure they were consistent throughout. 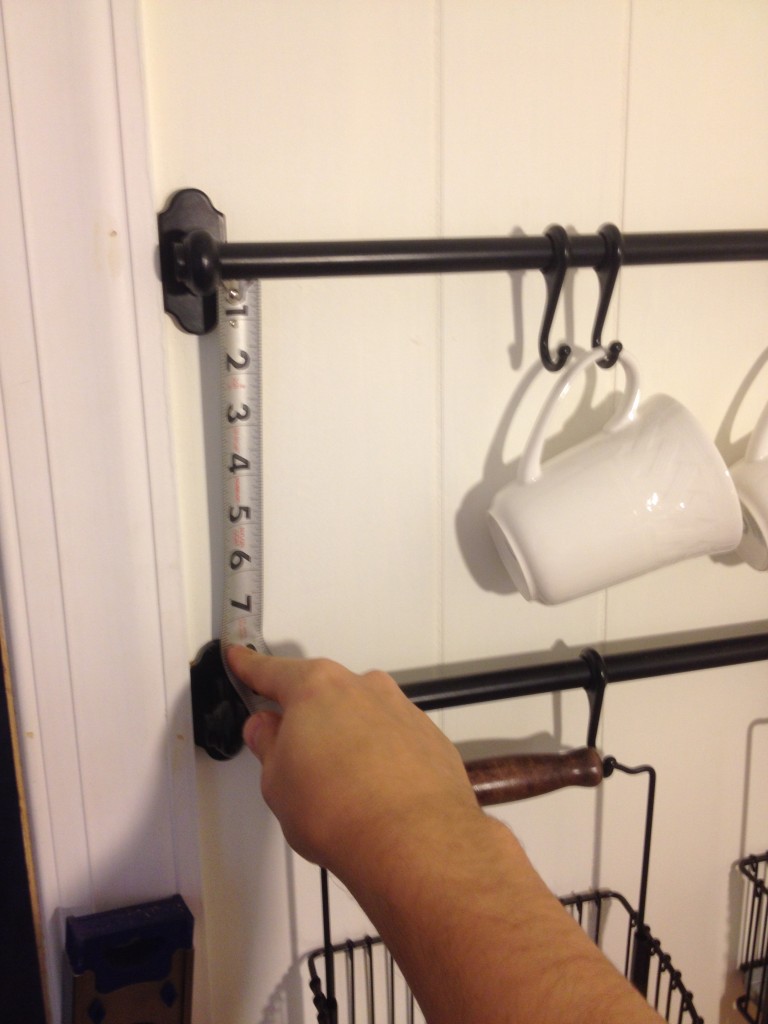 As it was coming together, Lynne started to become giddy… 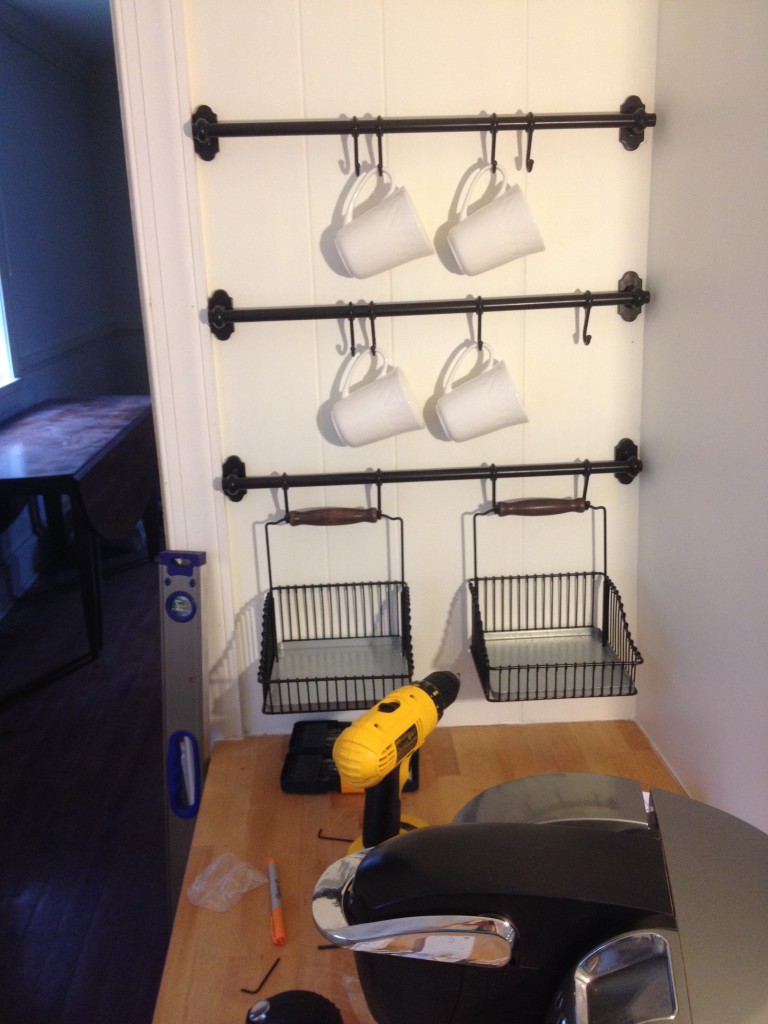 The finished  coffee nook product was pretty stinking cute if I do say so myself.  I think it turned out really well!  All for very little time and money!