I scoured the internet for a while before finding this tub from Lowe’s for less than $300– brand new, narrow (only 29″ wide as opposed to the usual 30″ or 32″), and a drain on the right hand side.  The drain could have just as easily been on the left but I wanted it on the right because there is room on that side for the plumbing behind the wall.  I ordered it at Lowe’s and used a 10% off discount–yay!– and they delivered it to our house.  Compared to the old tub that got taken out of the bathroom, this one was very light.  It’s made of fiberglass and plastic.  Our contractors were able to install it and the surrounding parts seen below in a day! 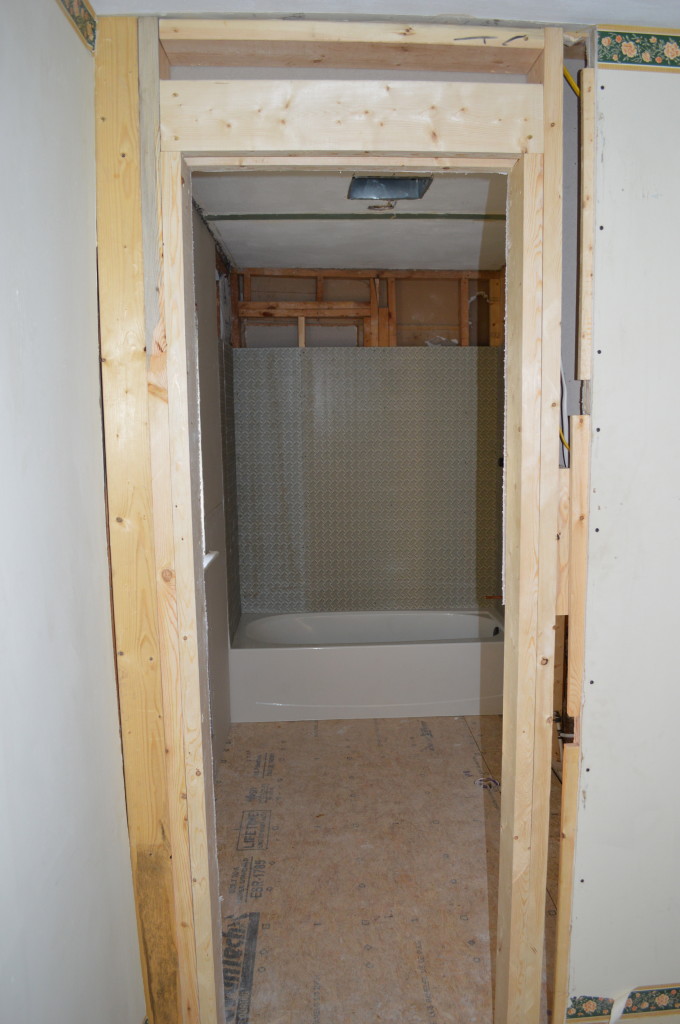 After they brought it in, they finished framing the door.

Below is a picture of the little alcove where the toilet used to be: 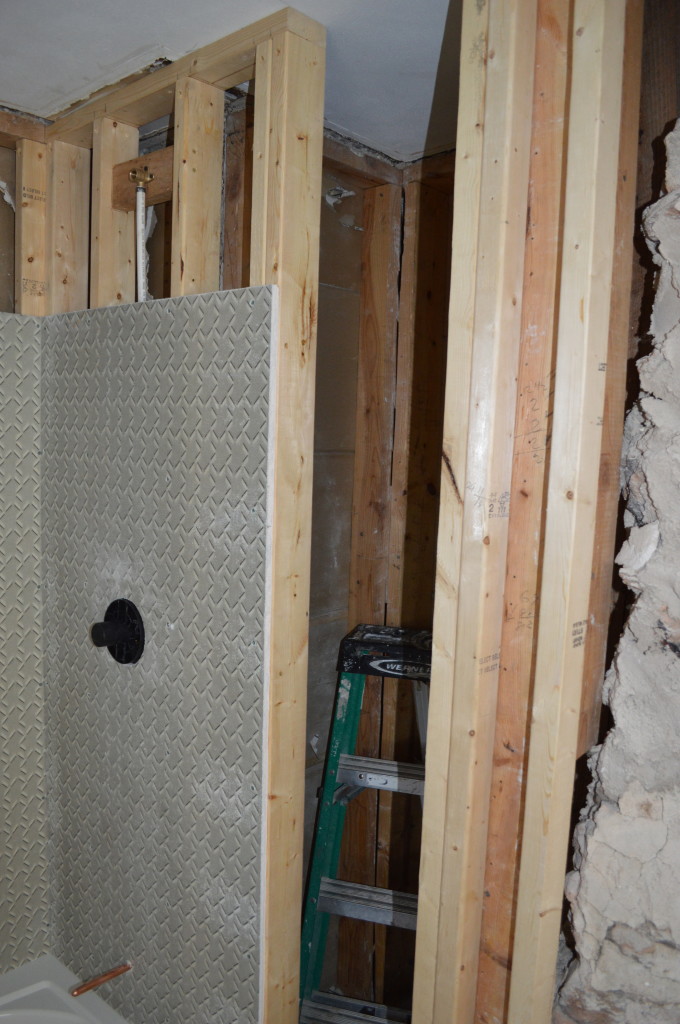 It’s now about half-covered by the tub, despite the tub being so narrow!  I knew the tub would go into some of that space but I didn’t visualize how much of it would be covered.  Hmm…

Above is a view of the new wall the contractors put up to surround the tub plus the plumbing in place!  The gray metal-looking stuff on the walls is kind of like drywall that is waterproof, at least as it was explained to me.  (The tiles will go over it eventually.)