I came up with a potentially crazy idea for the nursery: curtaining off the entire wall with two closets and changing table nook.

After a bit of online searching, I found the following images that I thought were cute and could be tailored well for our baby’s nursery…

Our set-up is a bit different but you get the idea.  So we ordered this [easyazon_link identifier=”B004CJ7THM” locale=”US” tag=”farmhouse020-20″]curtain rod[/easyazon_link] (in white): 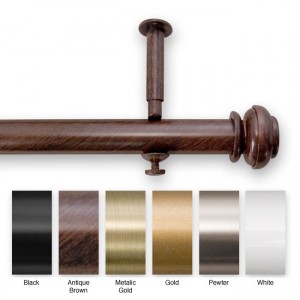 We needed to find a curtain rod that could stretch across the entire wall– not an easy thing to find!  This one was designed for patio doors and adjusted up to 240 inches (I think we needed 220 something) so it seemed like a good fit.  It arrived in the mail and David got to work hanging it!  We’re due any day now so no time like the present to get these things done, right? 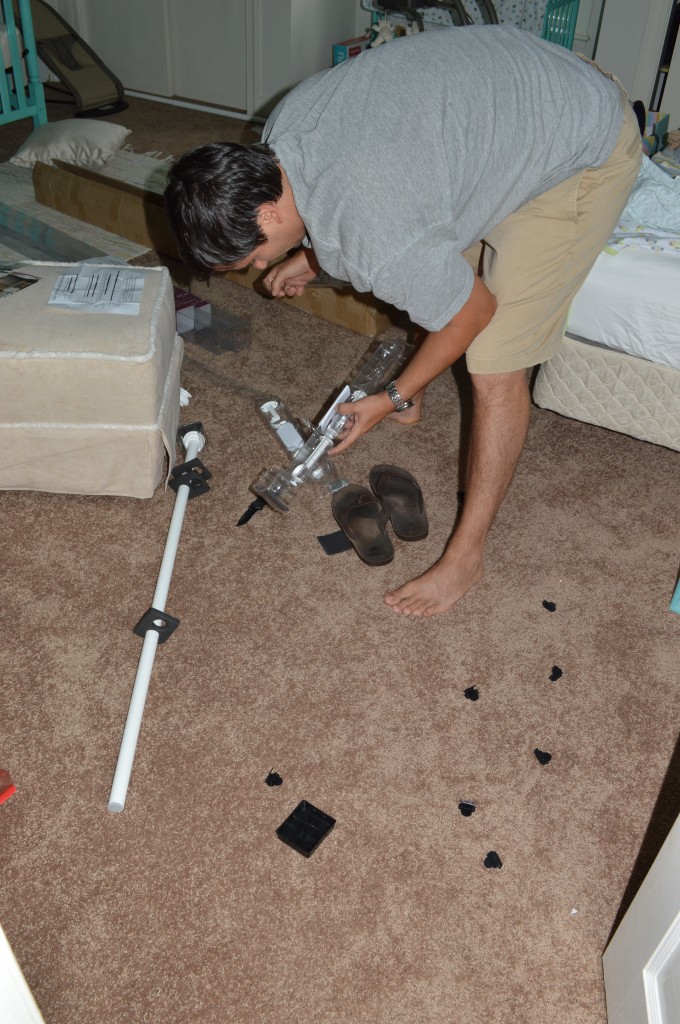 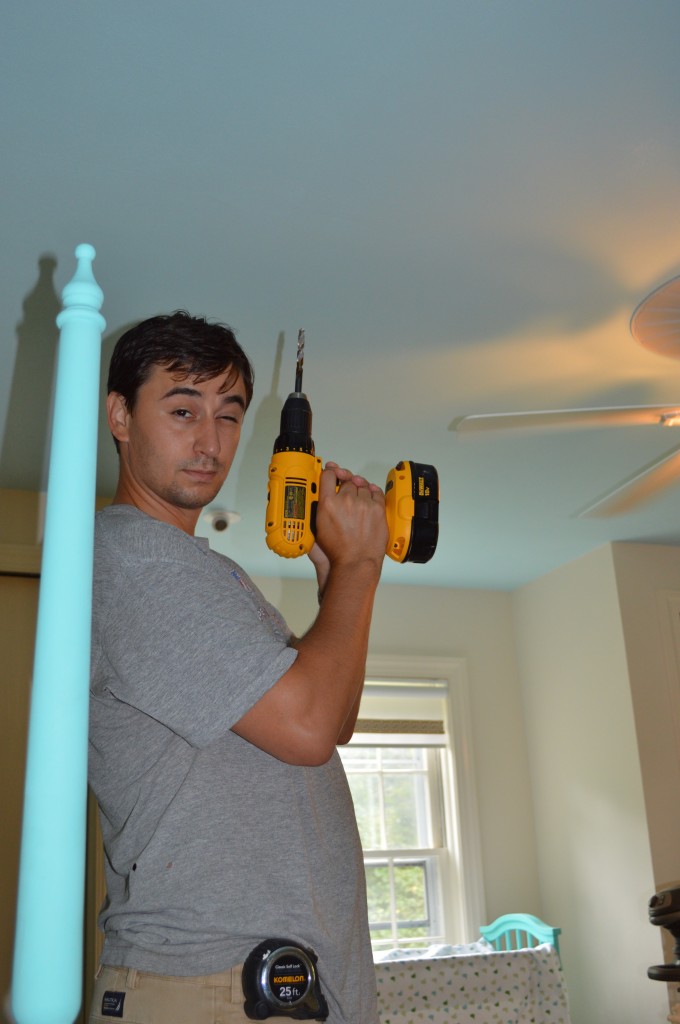 I envisioned curtains going from the ceiling to the floor but as we quickly realized, the air conditioning comes out of little vents in the ceiling and we can’t block those.  (I mean we could block them, but then who knows if the room would actually get air-conditioned… not worth the experiment.)

So we hung the rod just under the air conditioning doom-a-hicky. 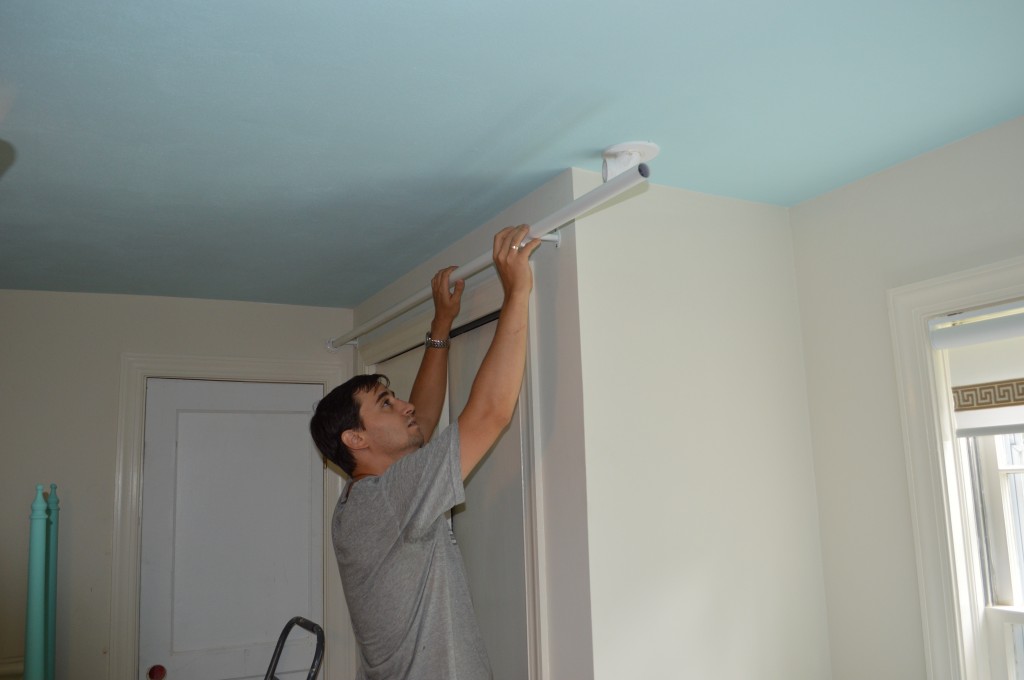 Depending on what kind of curtains we buy, I might make some kind of garland or something to hang above the curtains if the space between the curtain rod and the ceiling looks weird.  The garland would have to have gaps to allow air flow… but who knows.  Maybe I’ll be super motivated after baby comes?

The curtain rod was actually pretty easy to install, despite not having a level ceiling or even closet doors.  (Gotta love old houses!) 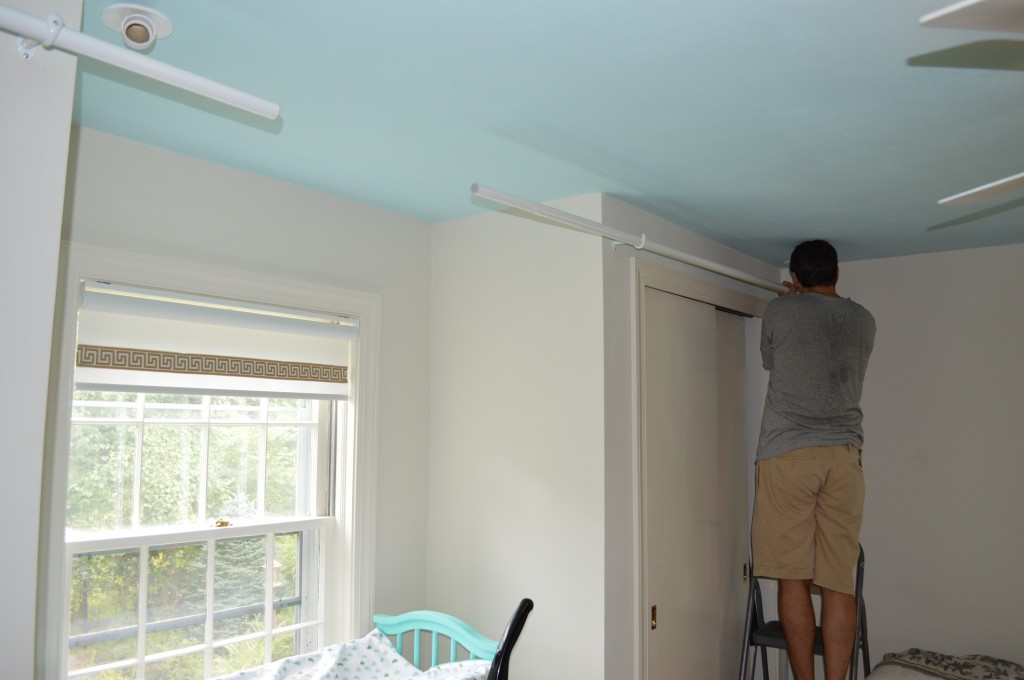 At first we were really worried about how strong the curtain rod would be in the middle (by the changing table) and were planning on installing a hook from the ceiling to support the curtain rod.  As it turns out, it is actually very sturdy!  Depending on the weight of the curtains we end up hanging from it, we may or may not need extra support.  We’ll see. 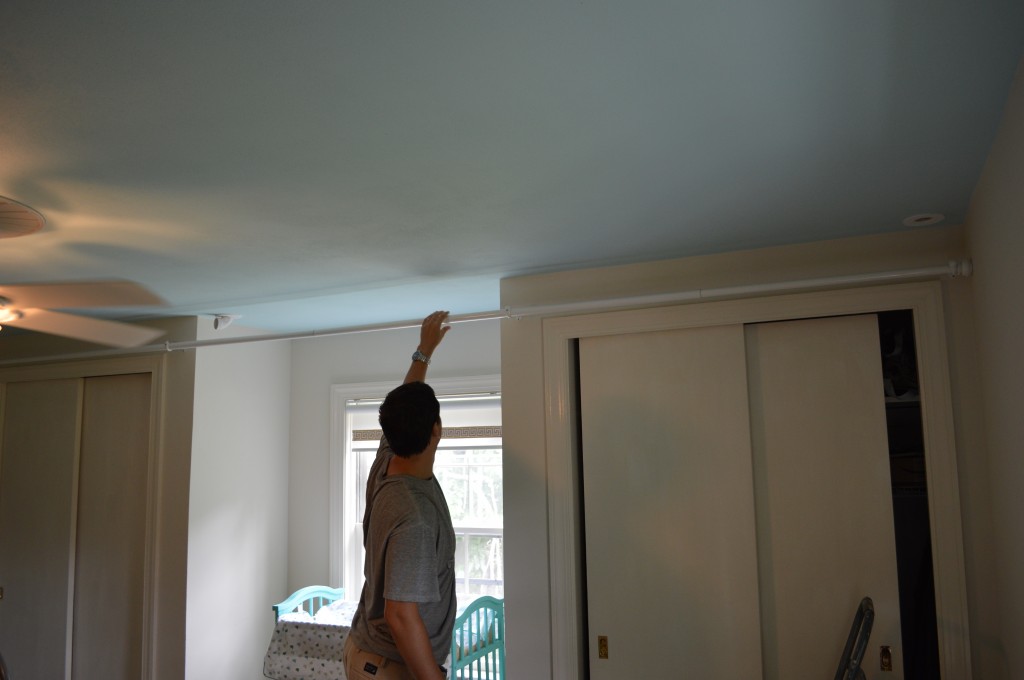 Curtain rod is officially ready to go!  I’ll wait to pick out the curtains (and other decorative aspects of the nursery) until we know if it’s a boy or girl… The baby won’t mind not having a fully decorated nursery for a few weeks! 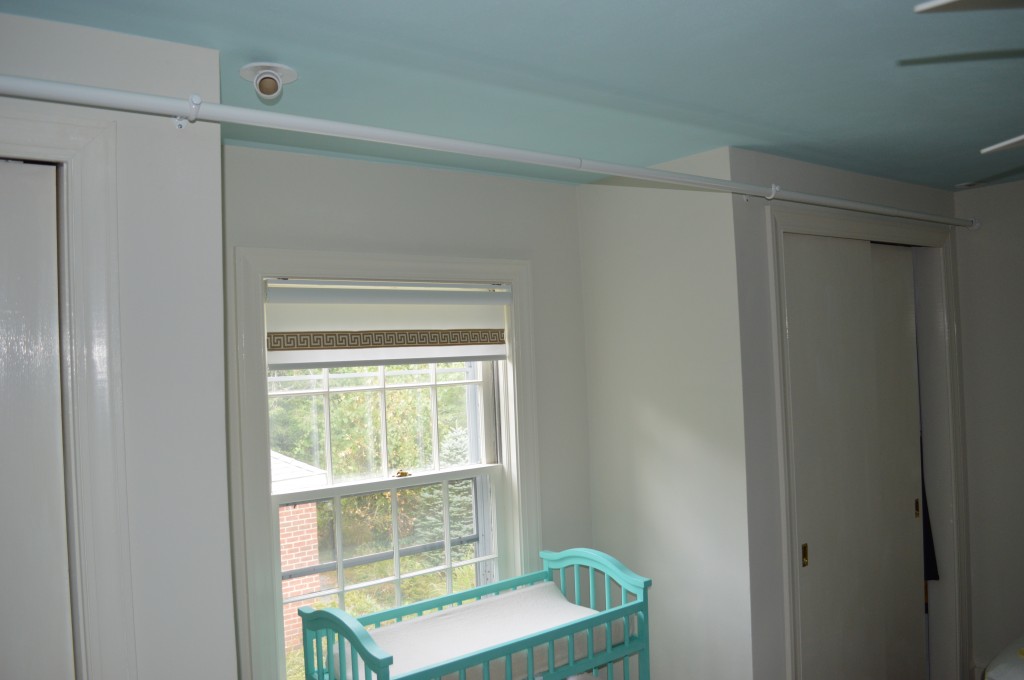 2 thoughts on “Curtain Rod in the Nursery”