Most of the furniture in Evie’s nursery is new (well, new to our family… aka from Craigslist!) but there’s one piece that has a lot of meaning to me and I hope it will mean something to Evie one day. 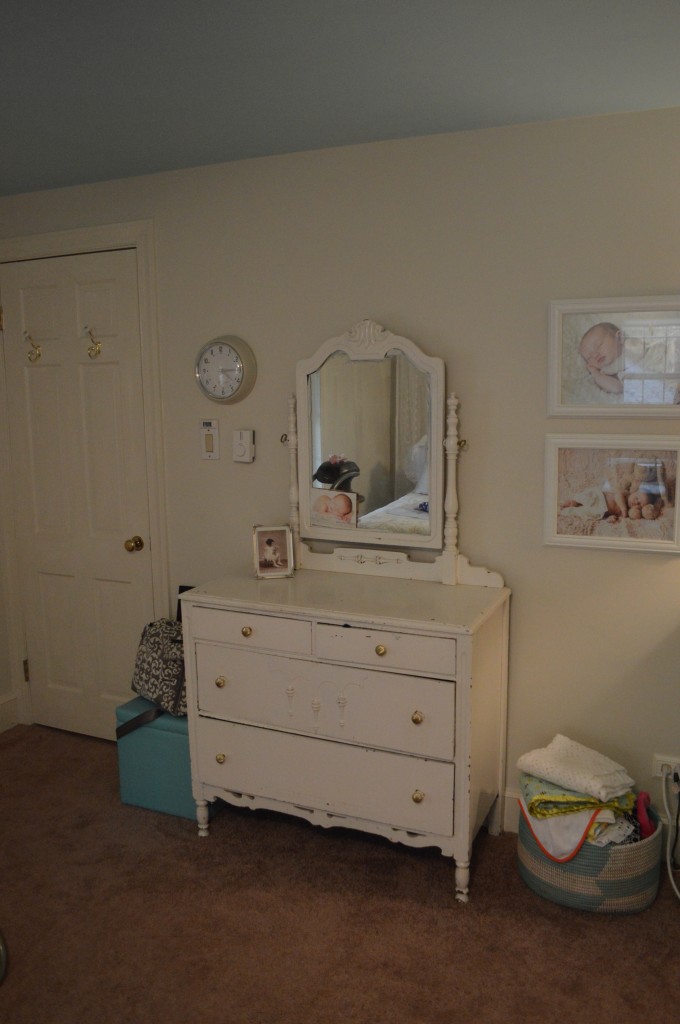 This dresser belonged to my mom.  She bought it at an auction in Richmond when she lived there back before she was married to my dad.  She painted it white herself– although it’s not the best paint job, that’s one of the things I love so much about it.

She gave it to me when I was a little girl and I took its coolness for granted.  I replaced the knobs– they used to be old round brass pulls and I wanted shiny gold knobs.  (PS: Meriwether apparently likes this dresser too!)

I was so excited to have a little girl to whom I could pass this dresser on.  It’s unbelievable to think the next generation is here– and that I have a daughter!!!  Sometimes that still seems crazy to me.  🙂 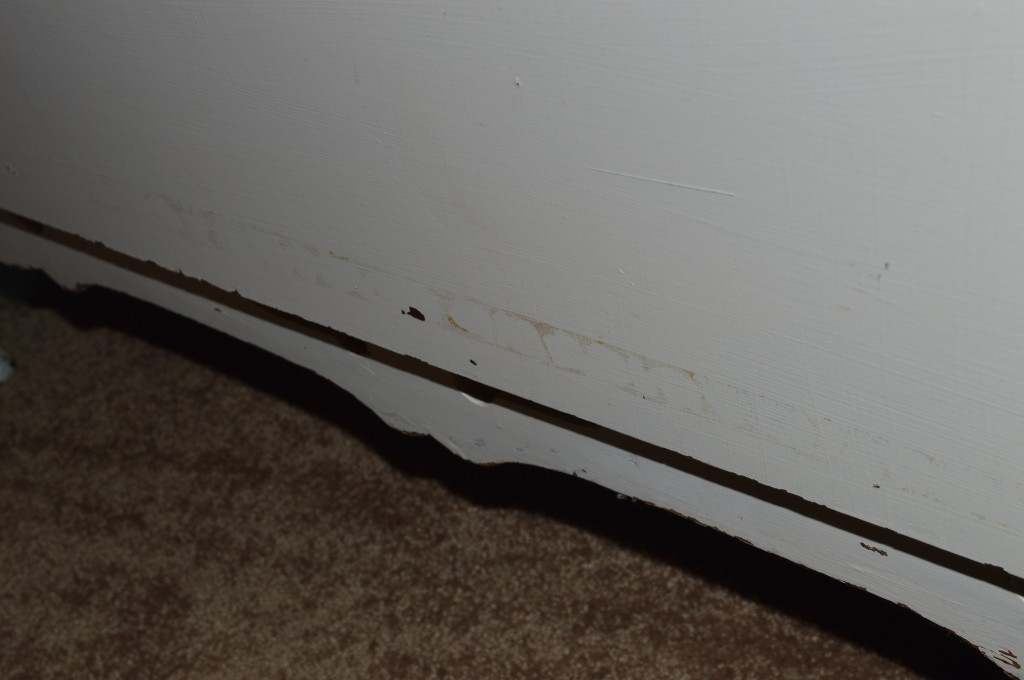 I put a line of stickers on the bottom drawer (the evidence of which is still visible, as you can tell from the photo above) when I was really young– maybe in elementary school?  And I even wiped off some green nail polish on it one afternoon in middle school– you can see that below. 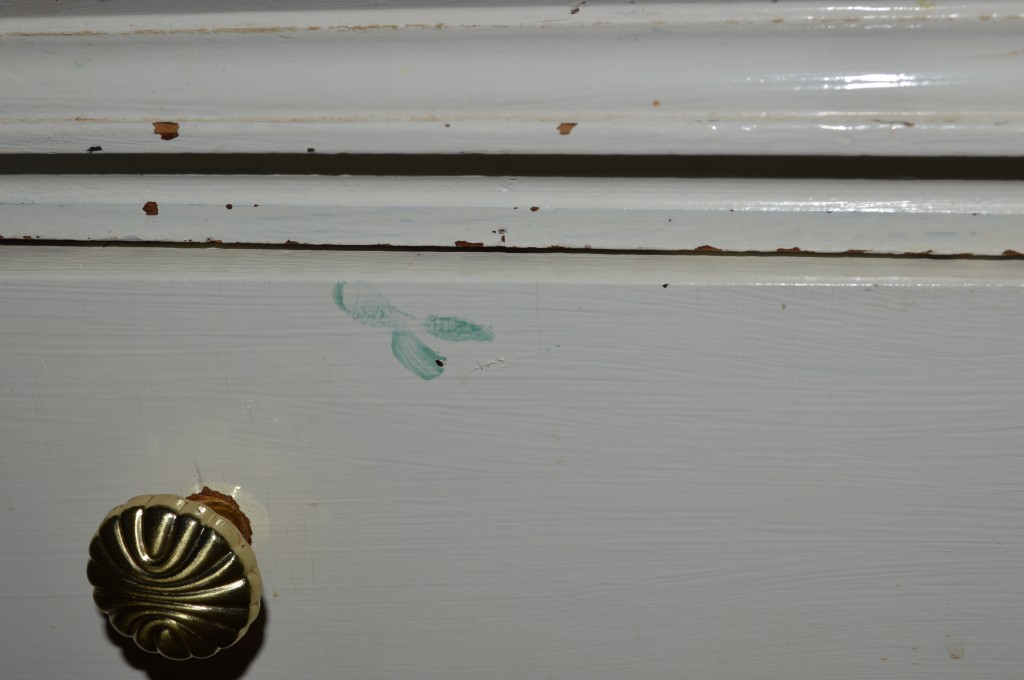 Right now we’ve got a copy of Evie’s birth announcement resting in the mirror frame.  I always had some photo there when I was in middle school and high school– there’s a tiny gap that’s perfect for a thick piece of paper.

We also displayed a copy of an old photograph of my grandmother Genevieve, Evie’s namesake.  I like having something in the nursery that belonged to me, my mom, and then my grandmother.  She was my dad’s mother so it’s not exactly four generations in a row, but I like to think of the photograph there as another example of love that’s surrounding Evie. 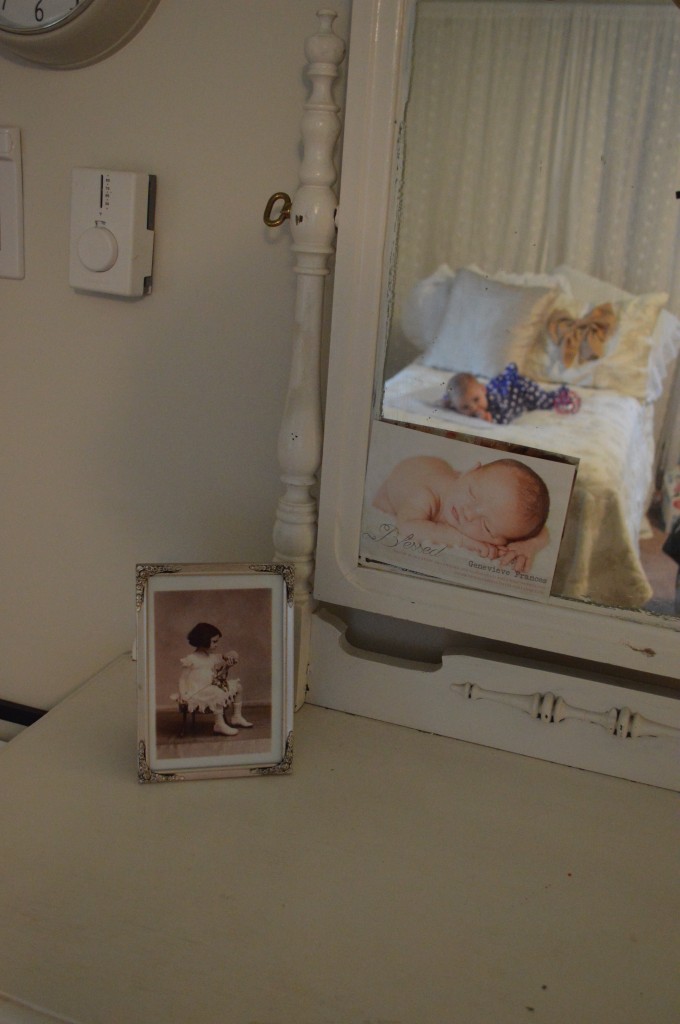 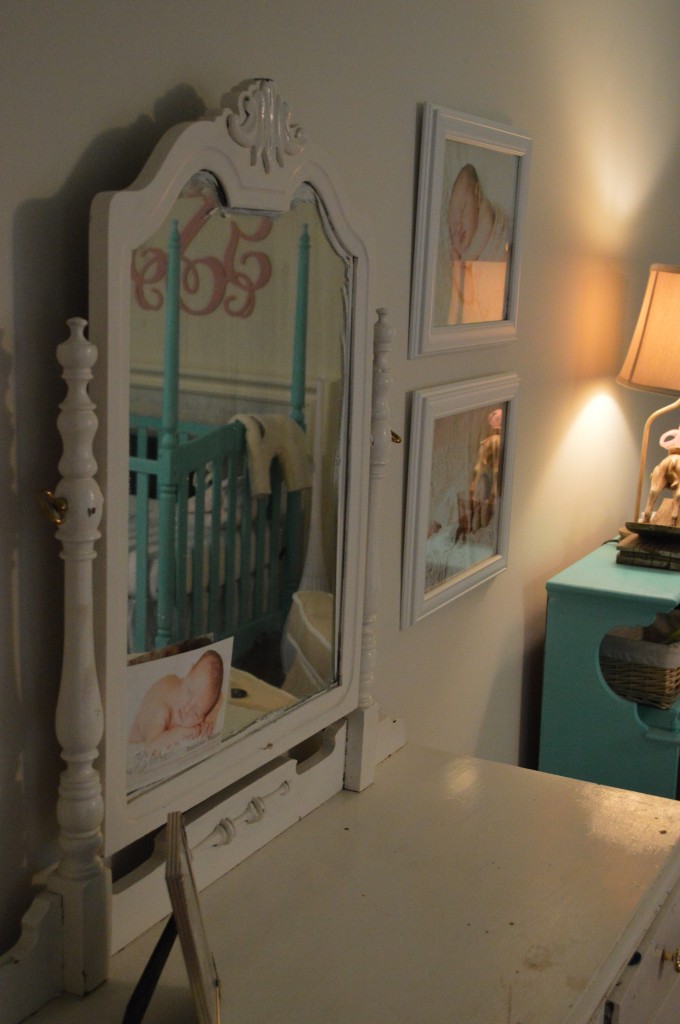 The dresser’s not in immaculate condition but I love its history.  I hope Evie will come to love it one day too! 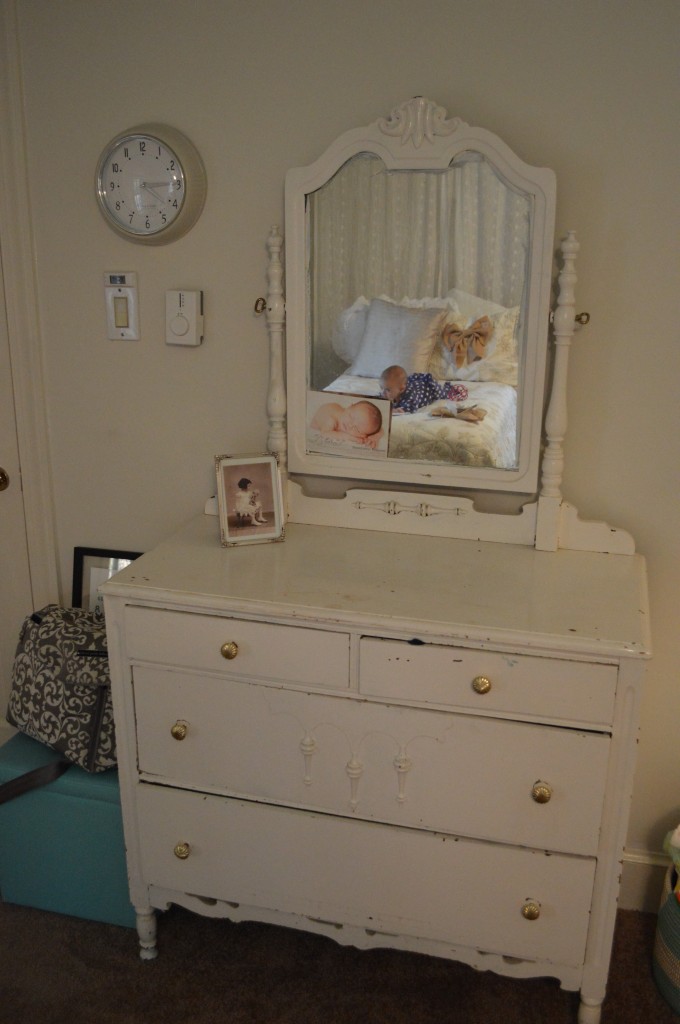