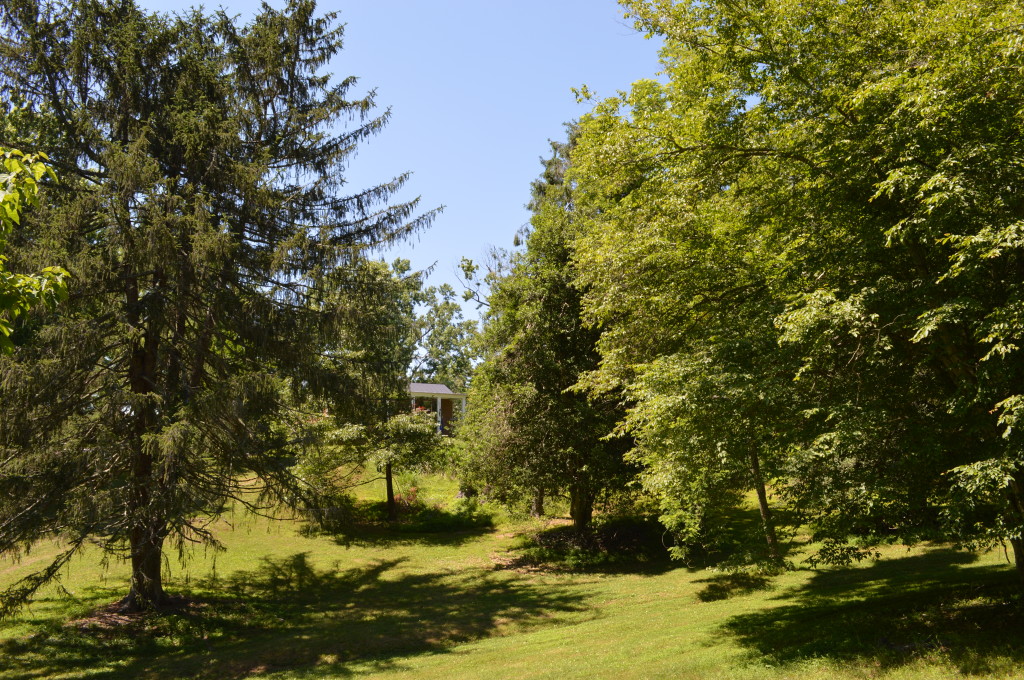 The view of our house from the gravel driveway is very hidden to say the least.  The trees completely block the house with the exception of a tiny part peeking out.  While I love feeling “away from it all,” it is very secluded to me and almost too isolating.

I had asked David if we could cut a tree down in between the driveway and the house just to open it up a bit, but he always said due to the steepness of the hill and the growth angle of the particular tree, he didn’t feel comfortable cutting it down.  I was convinced just one tree would make a huge difference, and while he understood where I was coming from, he had legitimate reservations.

The other day I was out of town and David’s dad was up visiting… apparently with “adult supervision,” David decided he could attempt to cut down the offending tree!  Here’s a video his dad took!

David isn’t particularly proud of the cut he made– he said it definitely wasn’t his best, but the tree was on a steep hill and leaning toward an angle, and at the end of the day he got it done!! 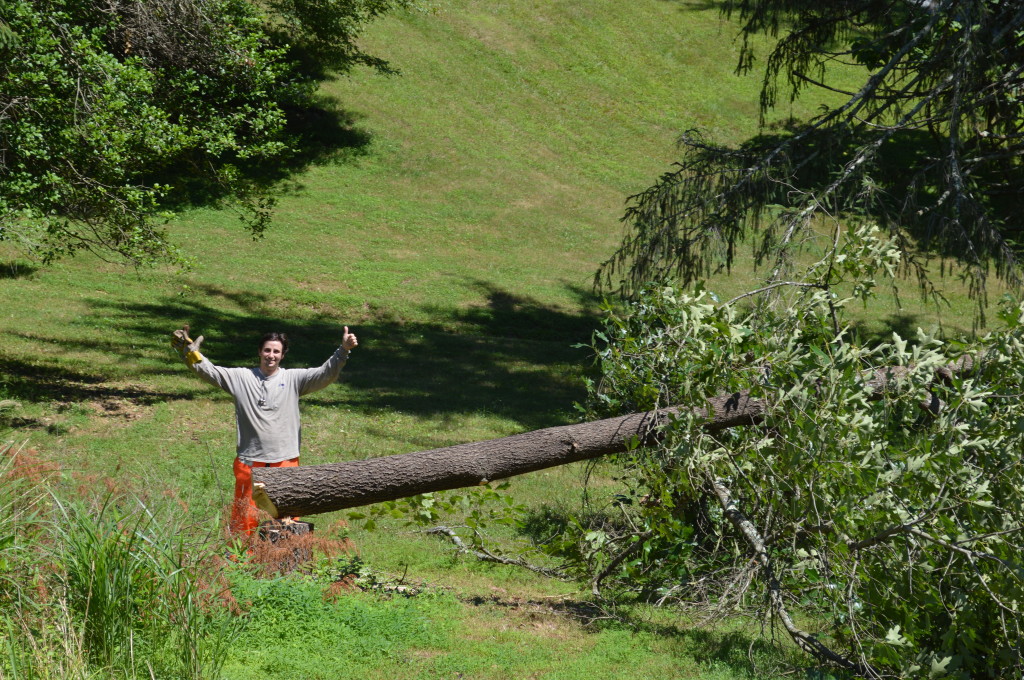 Here’s an immediate “after” photo his dad took where you can see the felled tree: 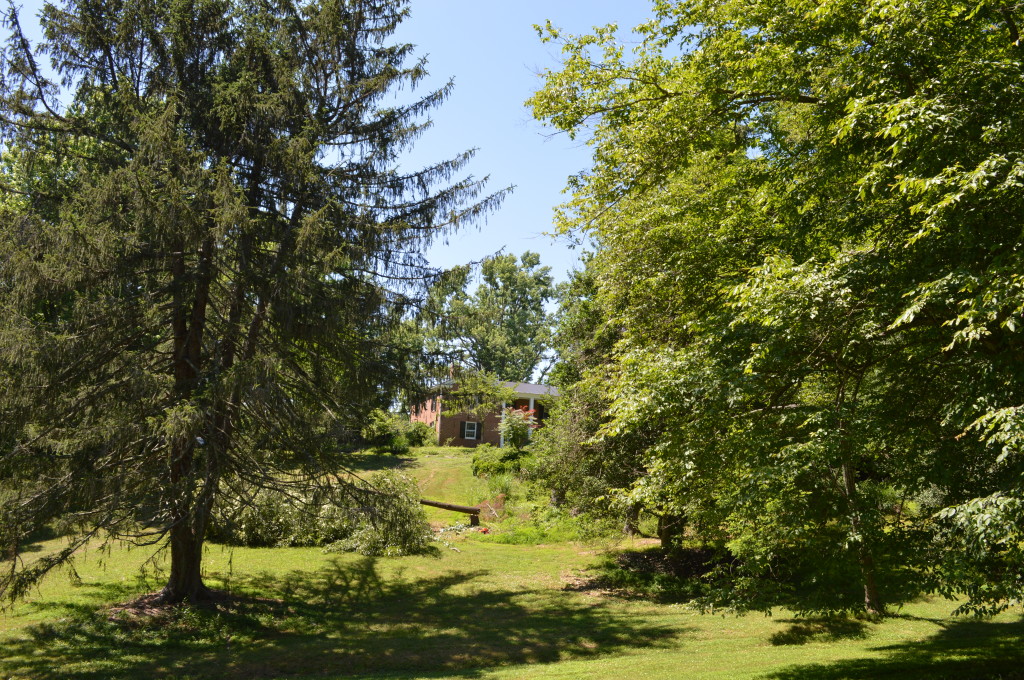 And below is a photo of the view I had when I got home that evening after the menfolk chopped up the tree into firewood and pieces for the next burn pile: 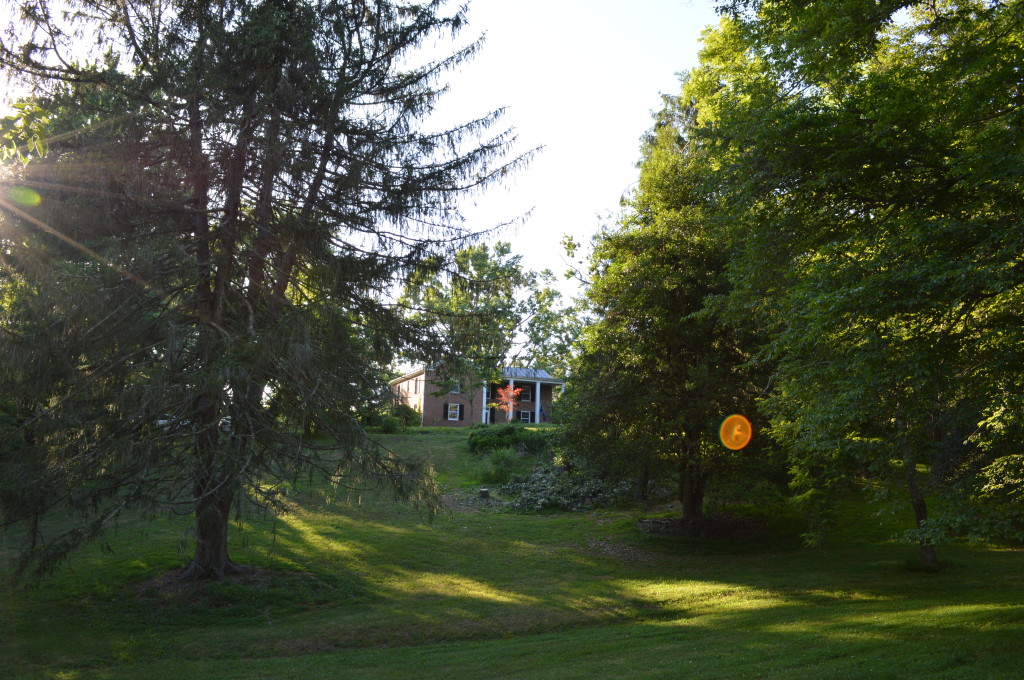 Ahhhh…. it makes such a difference to me!  There are still a few branches to take care of, but I’ll stop hounding him…. for now. 😉

3 thoughts on “Felling the Tree”