David did a great job on the second coat of Farrow & Ball Hound Lemon in the guest bathroom upstairs! 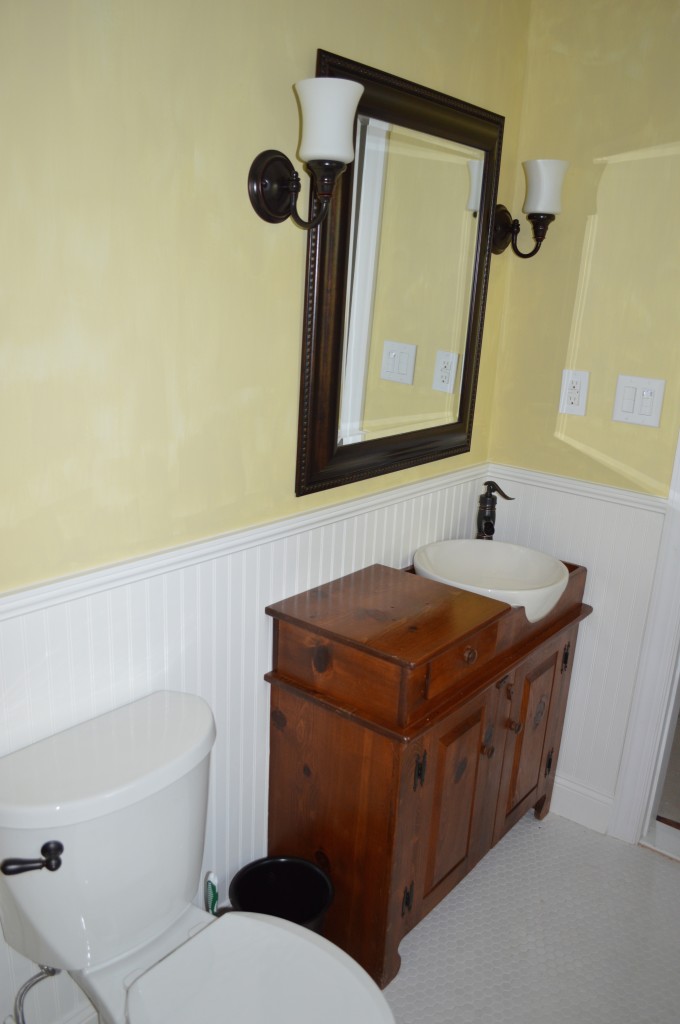 We found this super cute shower curtain and hand towel from Target to accompany the yellow: 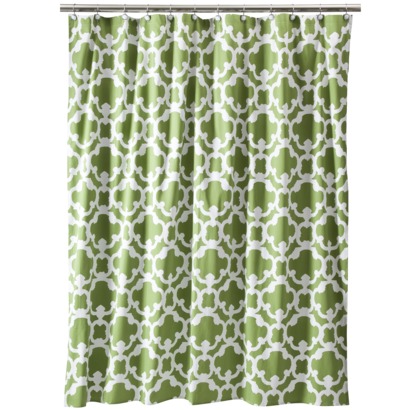 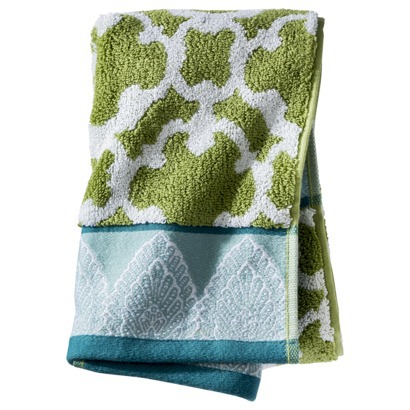 Art for Above the Toilet

I decided I wanted to pick up the green from those in something on the walls, so we spray painted some picture frames green to match! 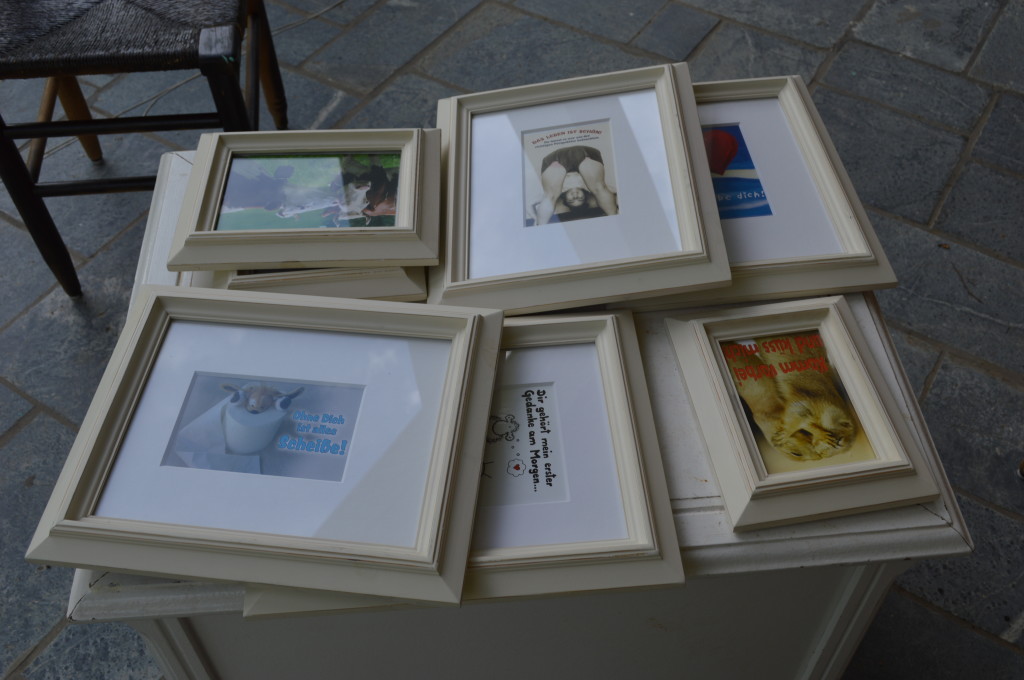 I got these frames back in Alexandria at Michael’s for buy one get one free, and framed some of the postcards I had sent to David back when I did my Fulbright grant in Germany (in 2009-2010). 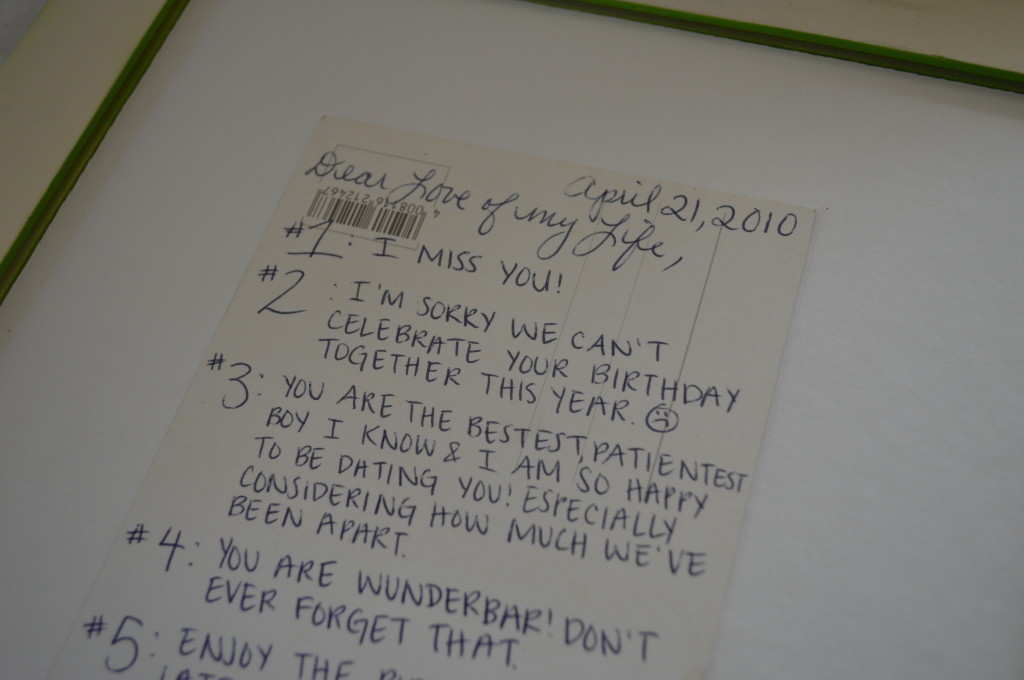 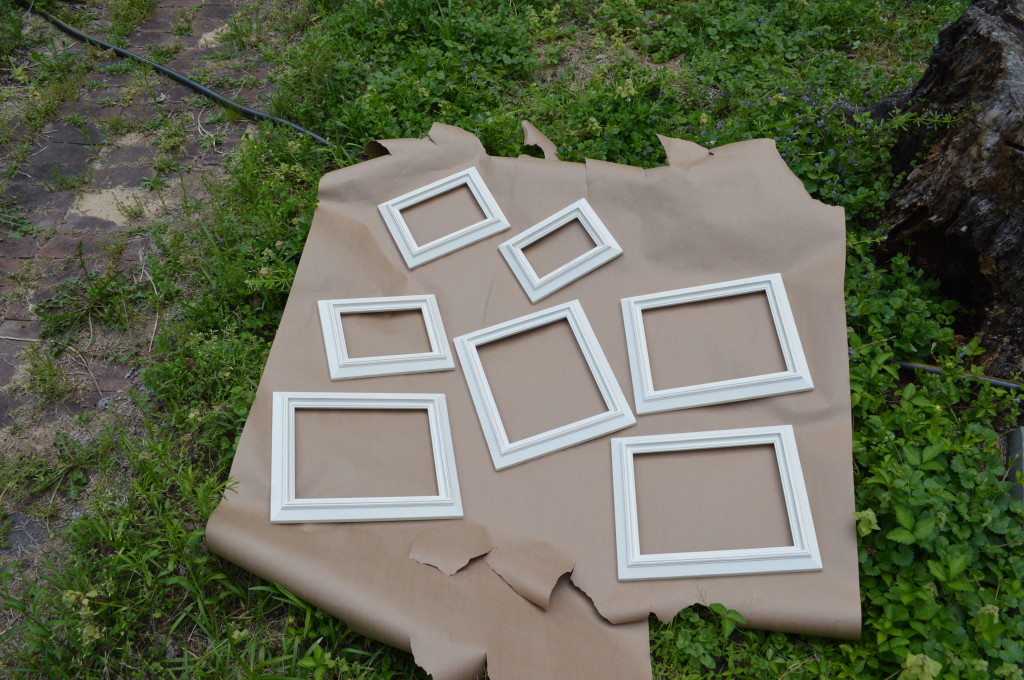 We removed the backings and set the frames out on contractor paper. 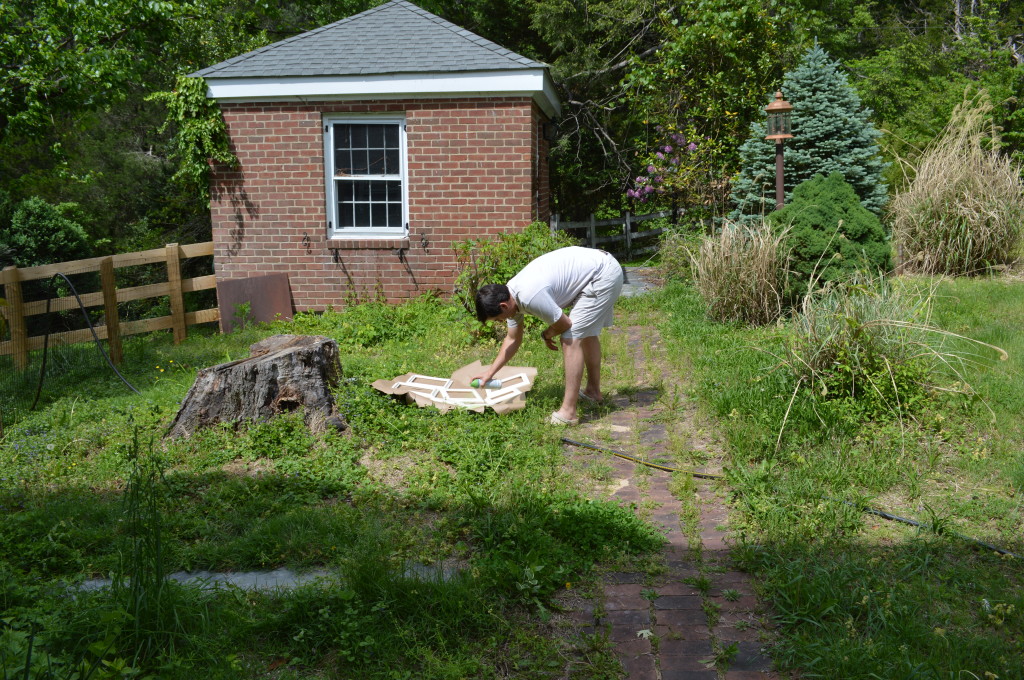 David did all the spraying and I stayed back because of the fumes. 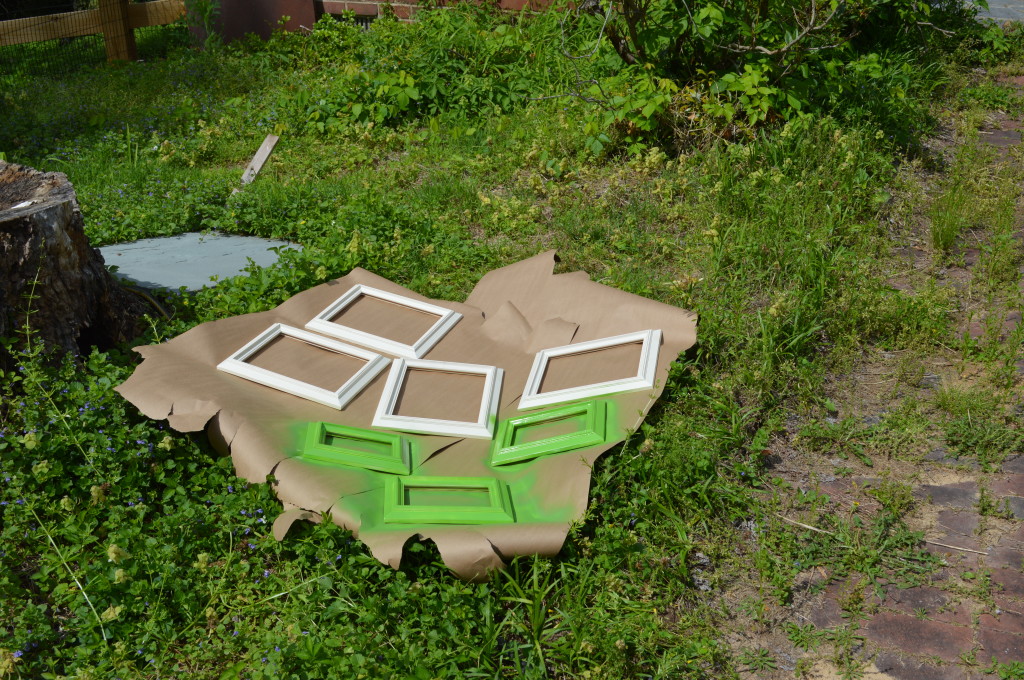 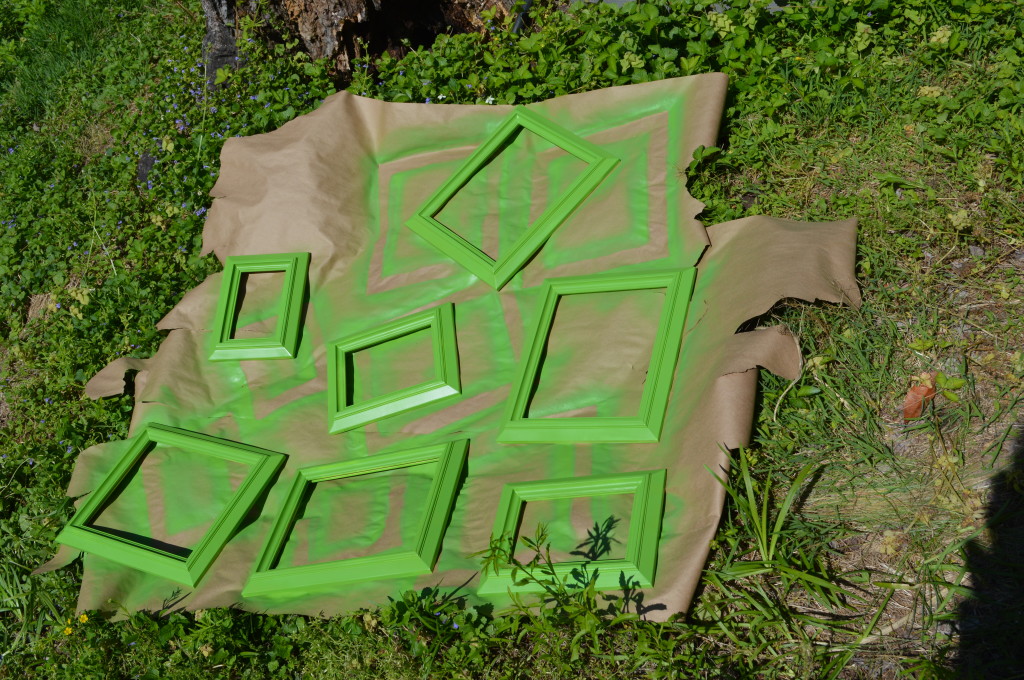 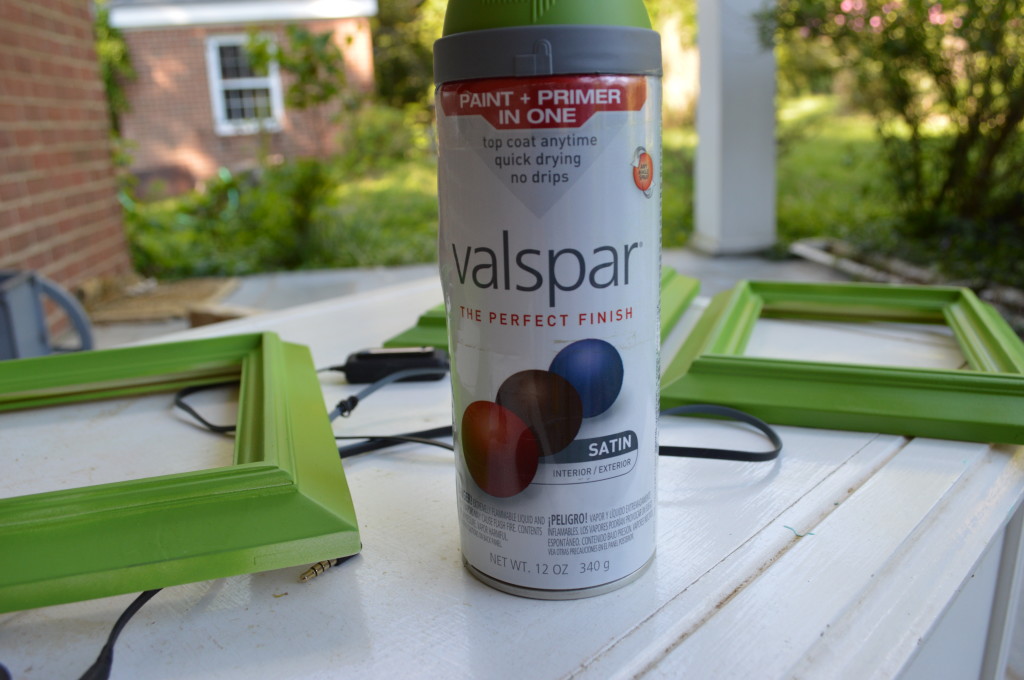 This is the spray can we used.  Easy to spray according to David.  We ended up doing two coats because we missed a lot of angles the first time, so I recommend one coat then shifting all the frames around before the second coat so you can see them better.

Deciding Where to Hang the Photos On the Wall: Contractor Paper

Anyway, we used contractor paper again to make shapes of the frames and tape them on the bathroom walls to see how we liked it. 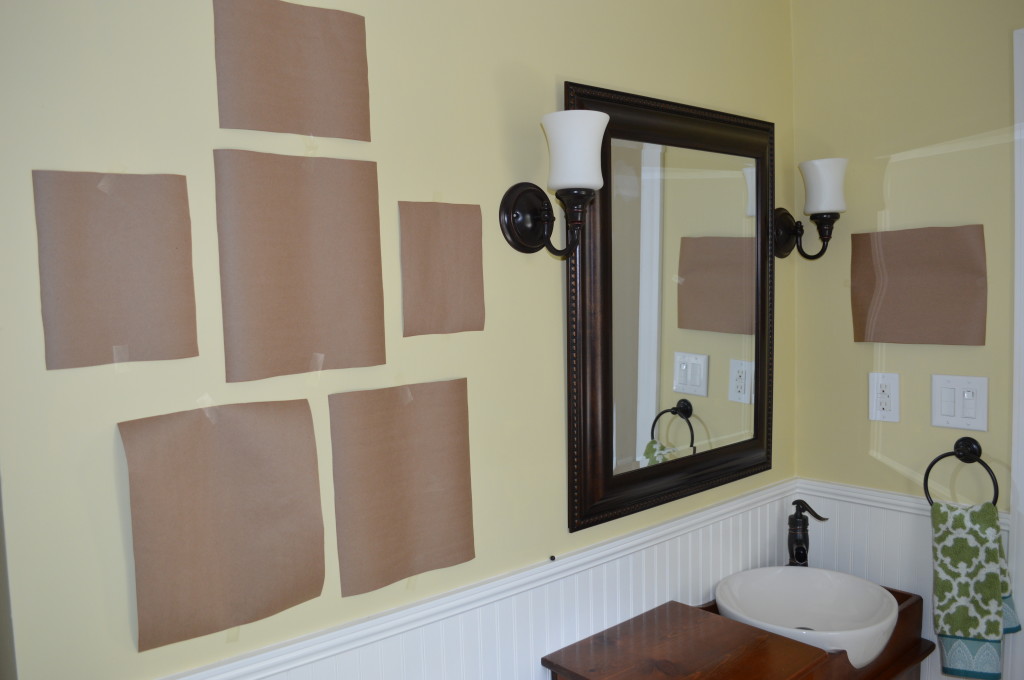 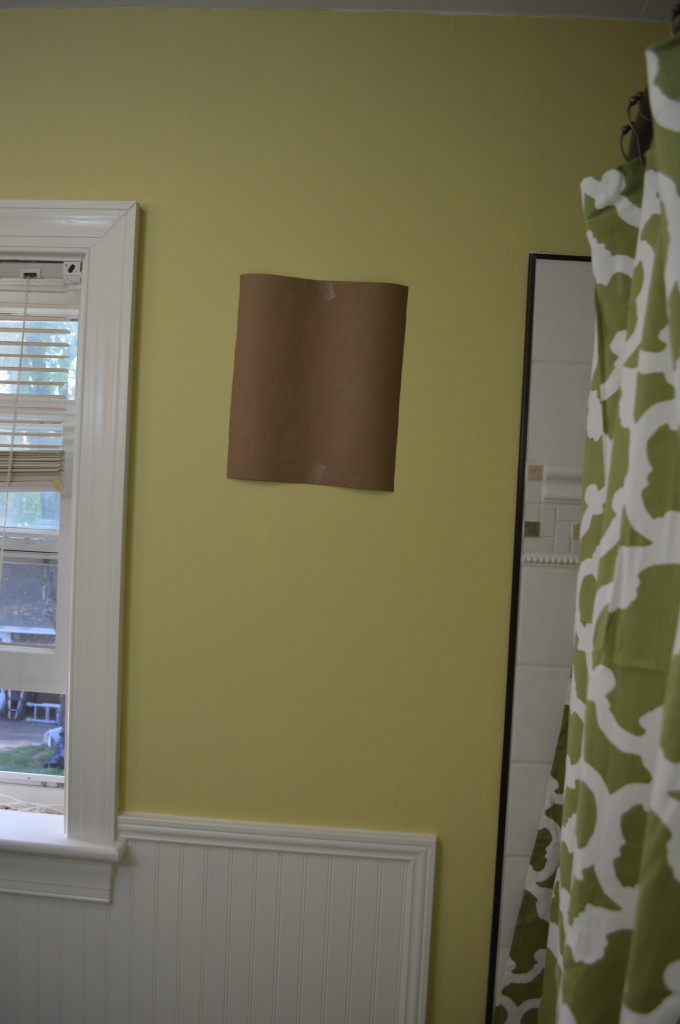 After the paper was taped up and we liked how it looked, David hung the frames! 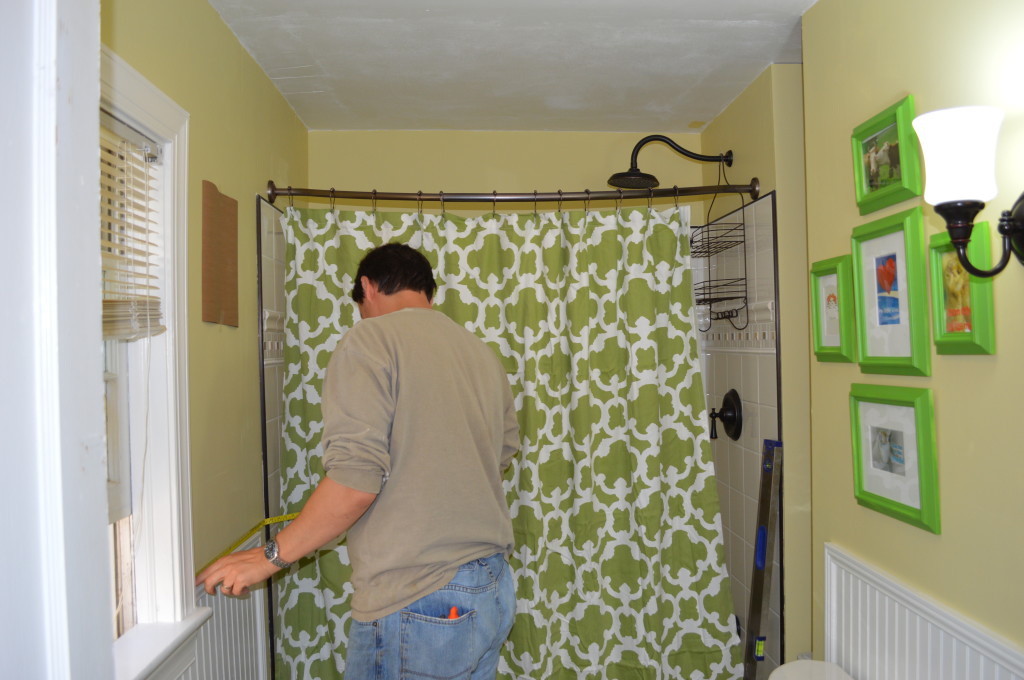 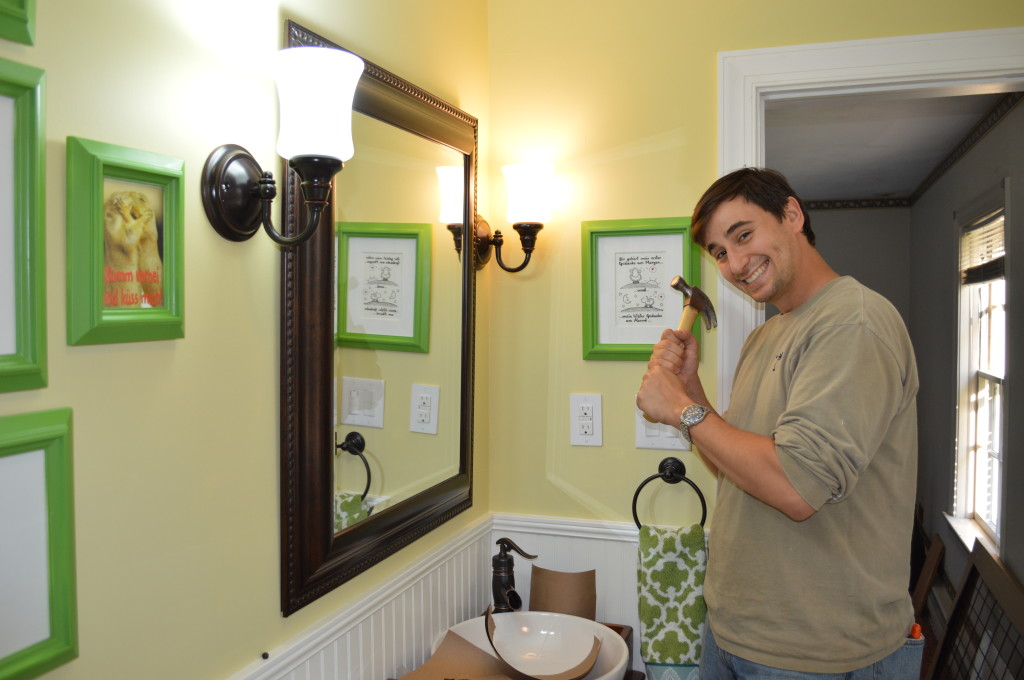 We made a list minute decision to move one of the frames around after I thought there were too many above the toilet– making it look kind of cluttered. 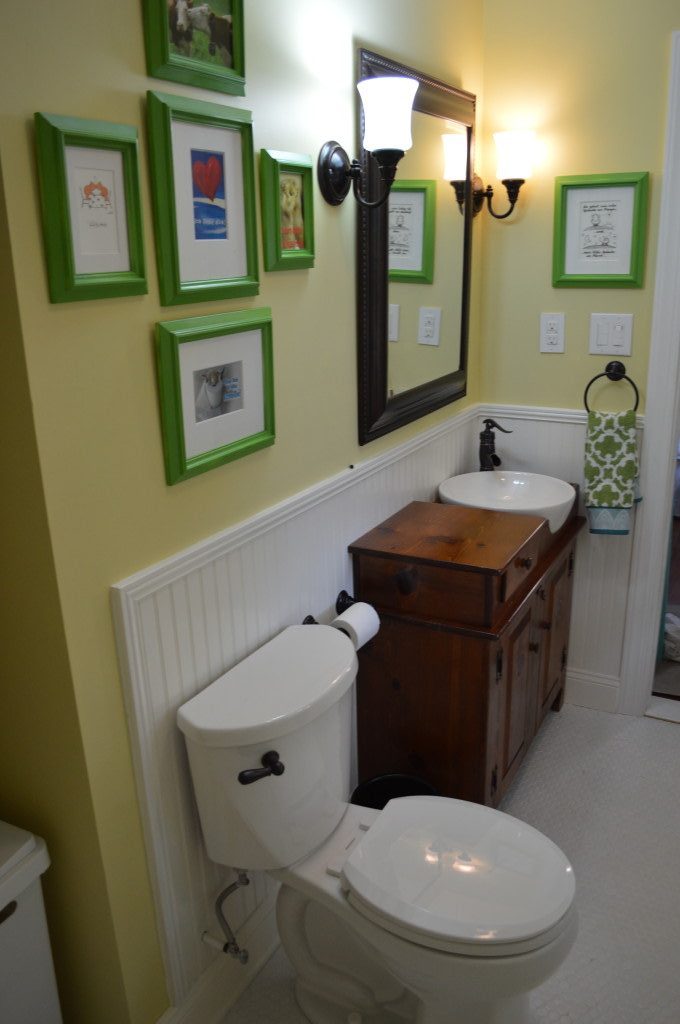 So there you have it, folks!  Our decorated bathroom!

Except…. now I think it has too much going on. 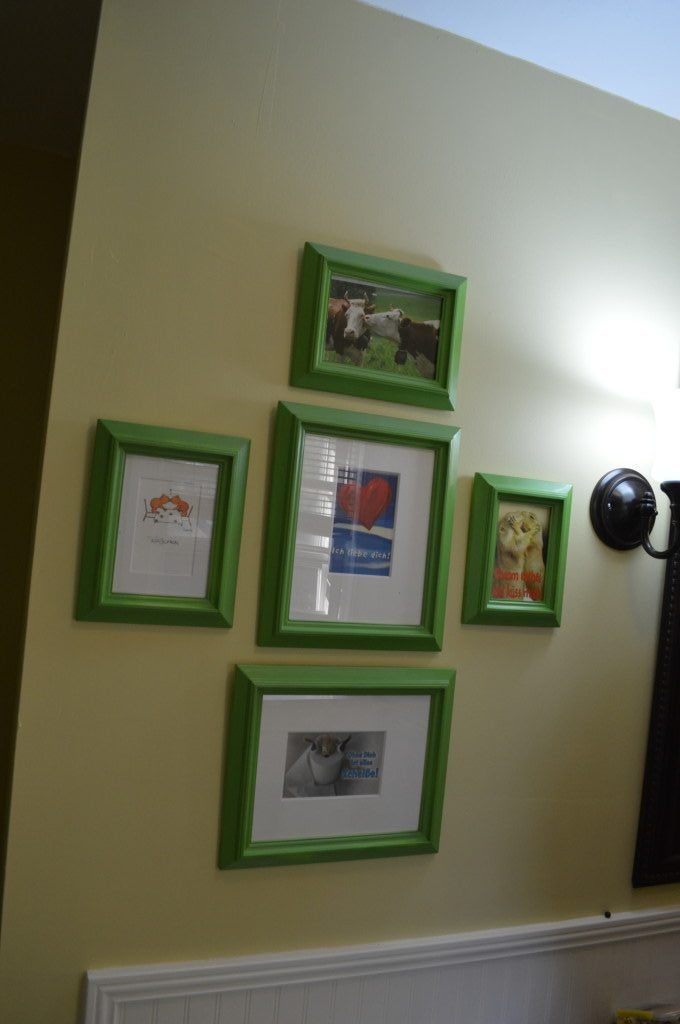 I would really value everyone’s opinions: too much green/ stuff on the walls?  Just enough for a future kid’s bathroom?  Not enough?  I’m toying with the idea of repainting all the frames Capitol White (the same color as the beadboard/ trim) because that might make it look less busy… Please let me know what you think! 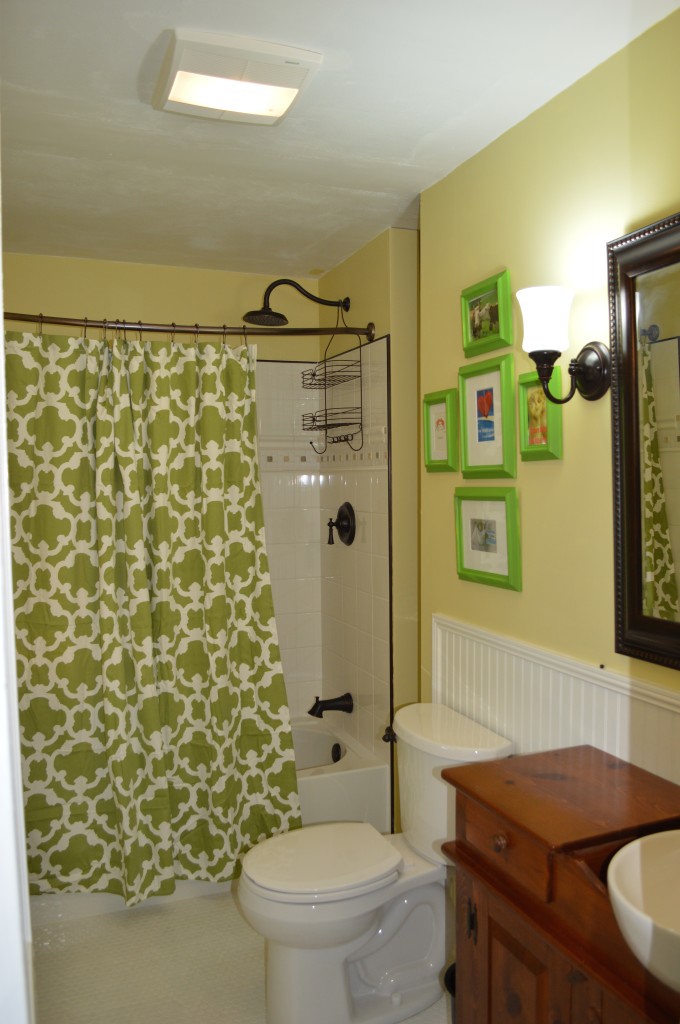 6 thoughts on “Finishing Touches on the Guest Bathroom”