So on Friday, David and I had a wonderful, awful idea (to paraphrase from the Grinch?  Anyone?)… we took Evie to Southern States, which is having a special where you get 6 chicks for free if you buy a bag of chicken feed. 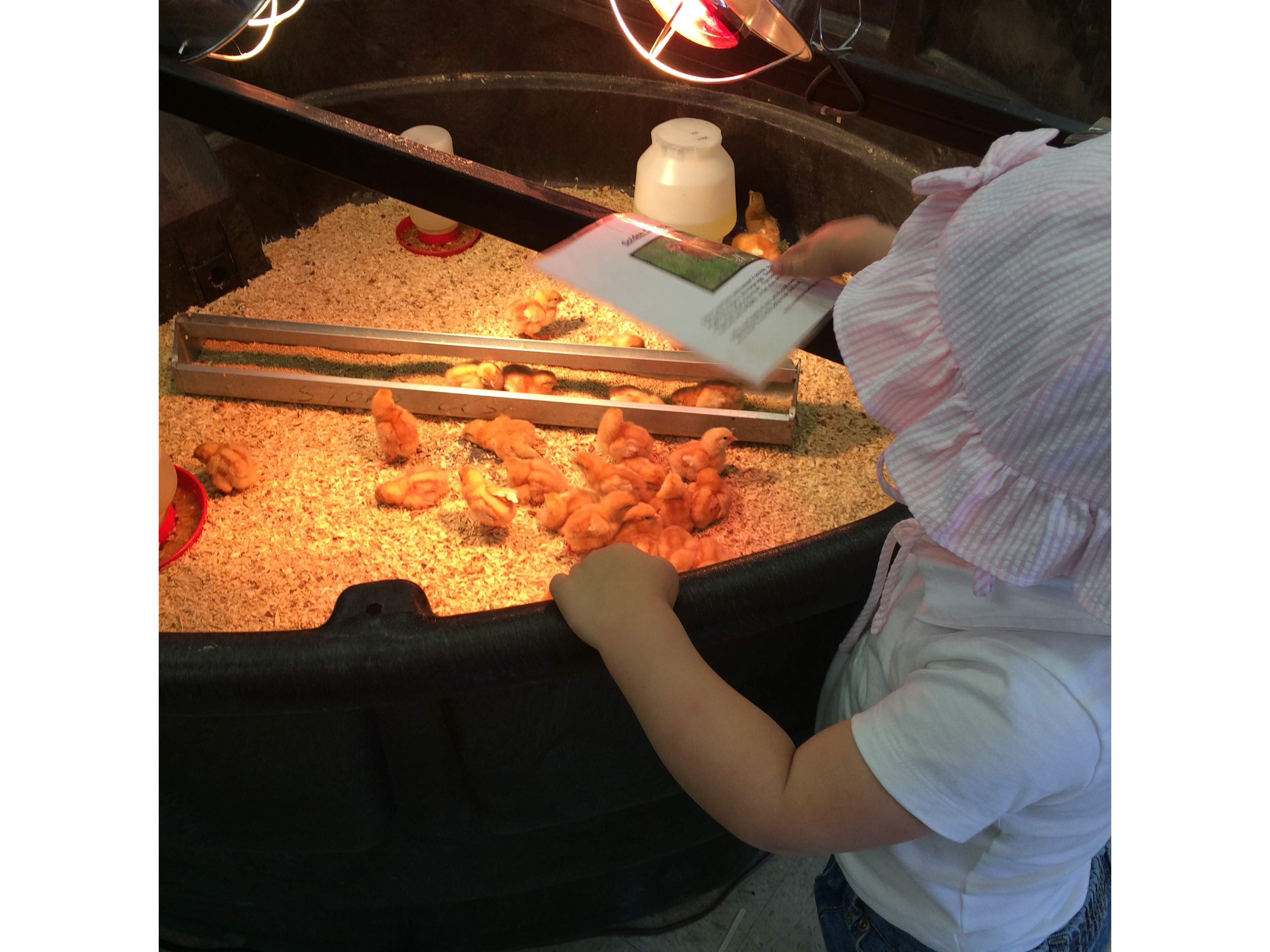 Evie LOVED looking at all the baby chicks and lost her calm for a little bit when I told her she could not go into the chick pen.

The breed of chicks are Golden Comets, which you can read about here, but basically– super chickens, super brown egg layers.

Because we’re suckers for a good deal, we decided to buy a bag of chicken feed and take advantage of the free chicks that came with it!  (Okay that’s not the real reason we did it… we’ve been thinking about getting chickens since we moved here and figured there would never be a perfect time to get chicks, so we might as well do it now.)

6 chicks seemed kind of overwhelming, plus that’s a lot of eggs, t’d the coop we have (more on that later, promise) is only advertised to be big enough for 4– so we decided to only get 3 chicks.  The kind lady at Southern States scooped 3 up, much to Evie’s delight, stuck them in a cardboard box and handed David the box.  And just like that, we became chicken owners! 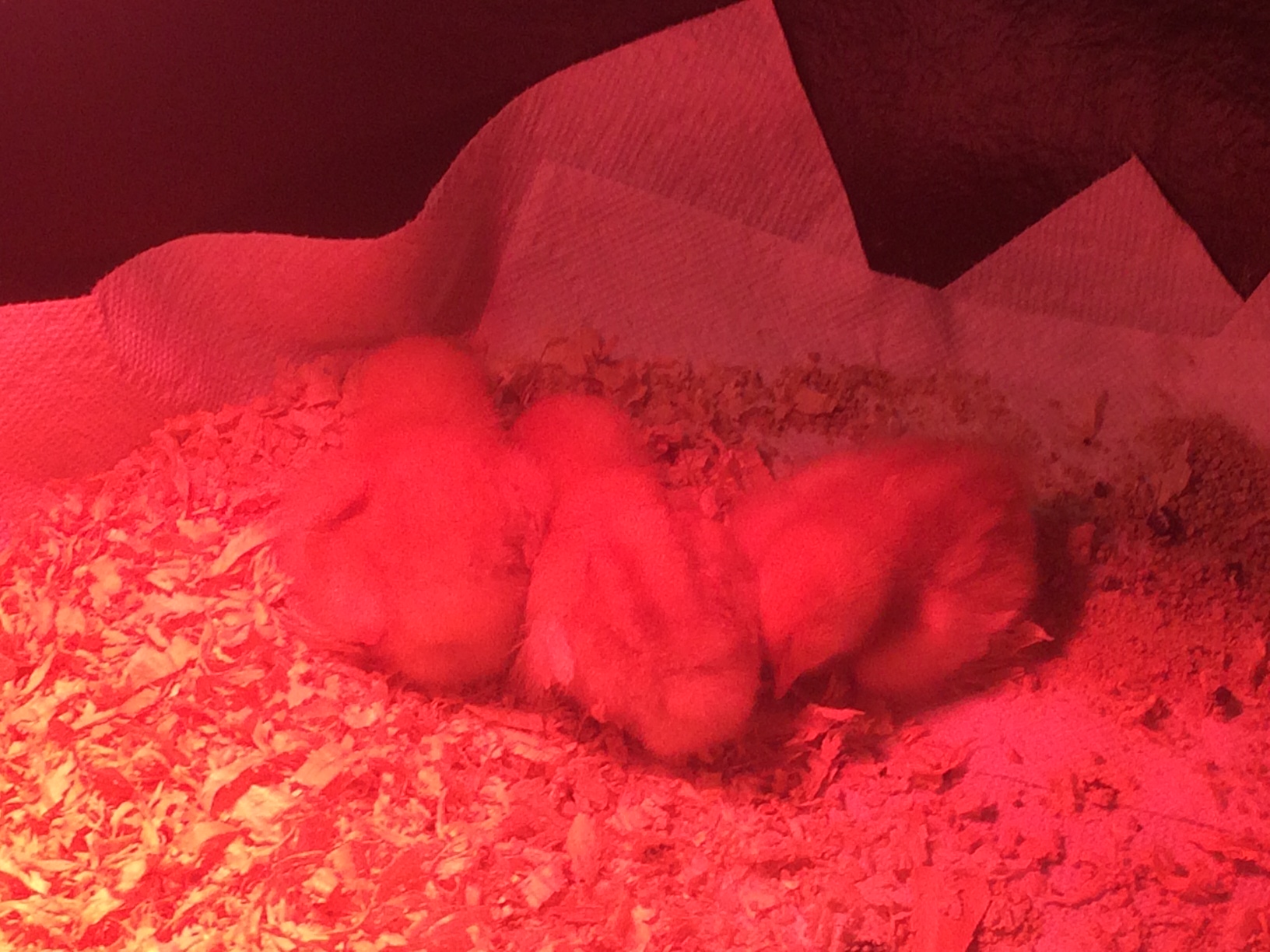 We decided to name them Marcia, Jan and Cindy.   So far we can only tell Jan apart from the other two because she has one feather that is darker than the others and kind of noticeable.  Jan is already the alpha, big time.  She tries to peck at us when we hold her too.  She’s going to be interesting.  In the picture below, I’m holding either Marcia or Cindy… whichever one it is, it’s content to just be held and hang out. 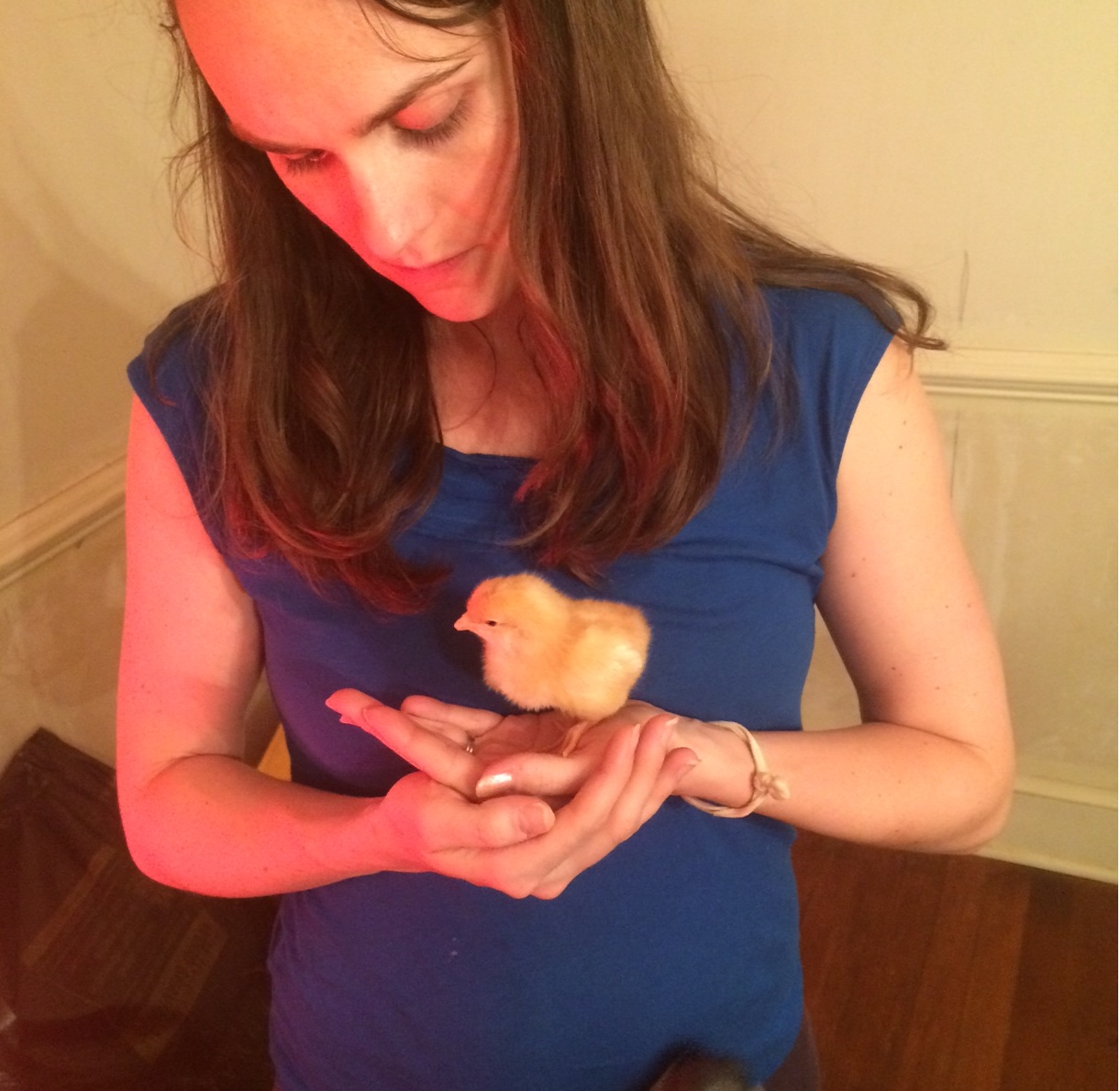 The Brady Girls are currently residing in our dining room in a nice big black tub under a heat lamp, where they will stay for the next 4-6 weeks depending on how the weather is before they transition to their coop outside.  Or so we’re told.  We have no idea what we’re doing.  Thank goodness for my pinterest board about raising chicks.

Are we crazy or what?!