On Thursday after work, I arrived home to a huge branch off a tree.  It was raining and I’d heard we were supposed to get 4 inches of rain in one afternoon, but I hadn’t heard anything about thunderstorms.  My first thought was the guy we’d hired to trim all of the trees did a crappy job and I wanted to get my money back if a huge branch could fall over because of some rain and wind. 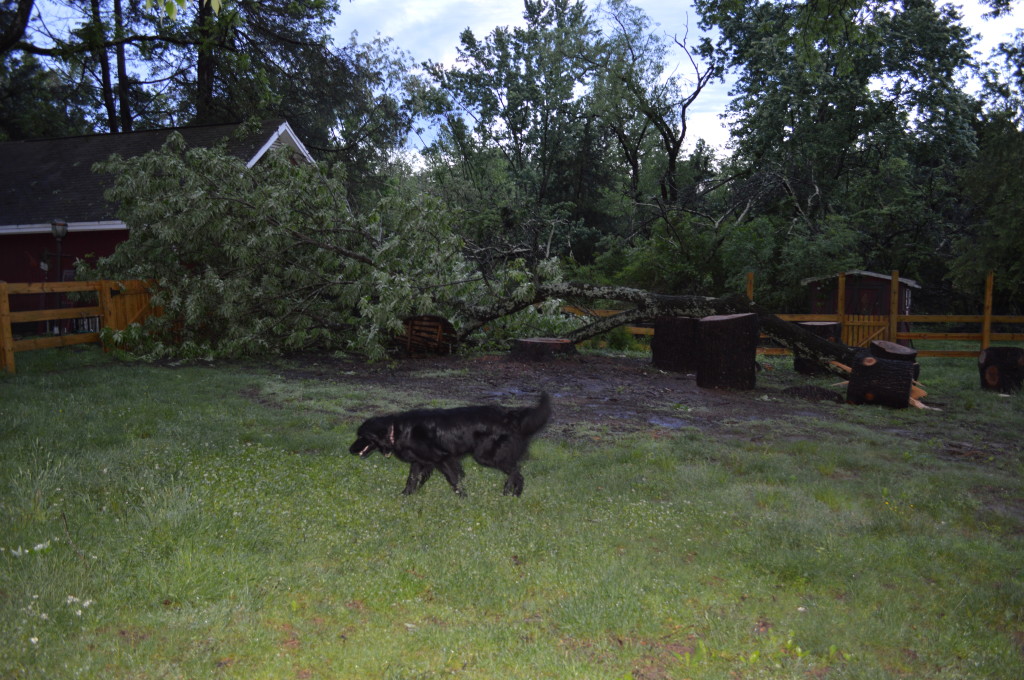 Thankfully, Liesl was inside all day and Kaiser was at his weekly puppy day care (he goes every Thursday so Liesl can relax from having her face being bitten/ pounced on all the time) so neither dog was in danger of the branch falling on them– I don’t even want to think about what could have happened if I left them outside that day. 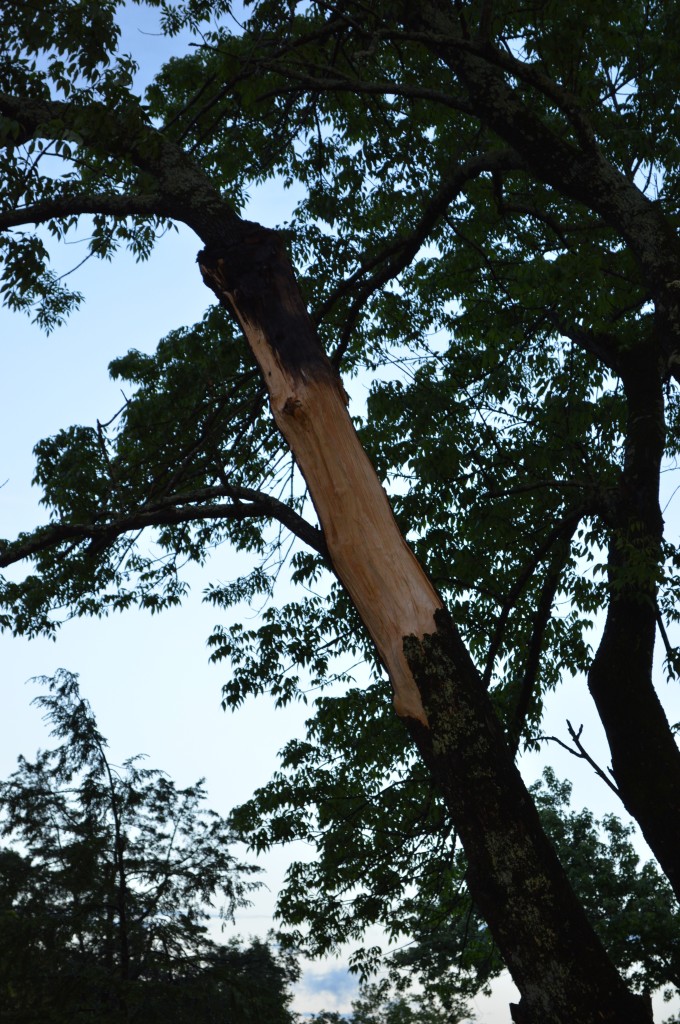 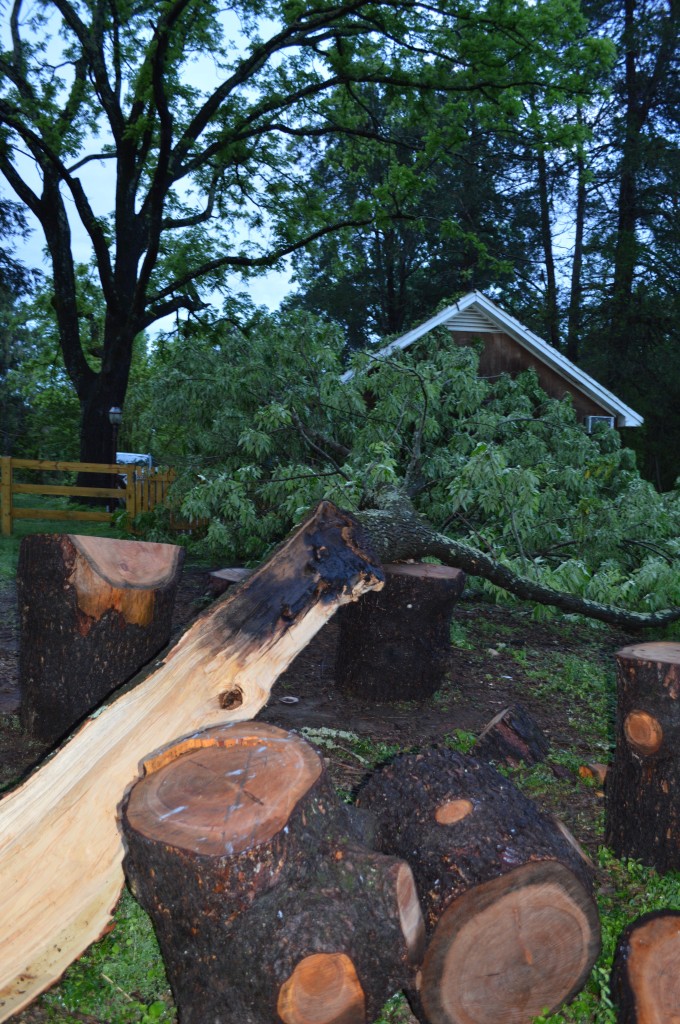 (In the above photo, we still have big stumps of a cedar tree we had to cut down because it was rotting from the inside.  The stumps we saved are not rotting.  Well, yet anyway.  We don’t know what to do with the cedar stumps yet but if you have any good ideas, let us know!  They don’t make the best firewood and we want to use them creatively…) 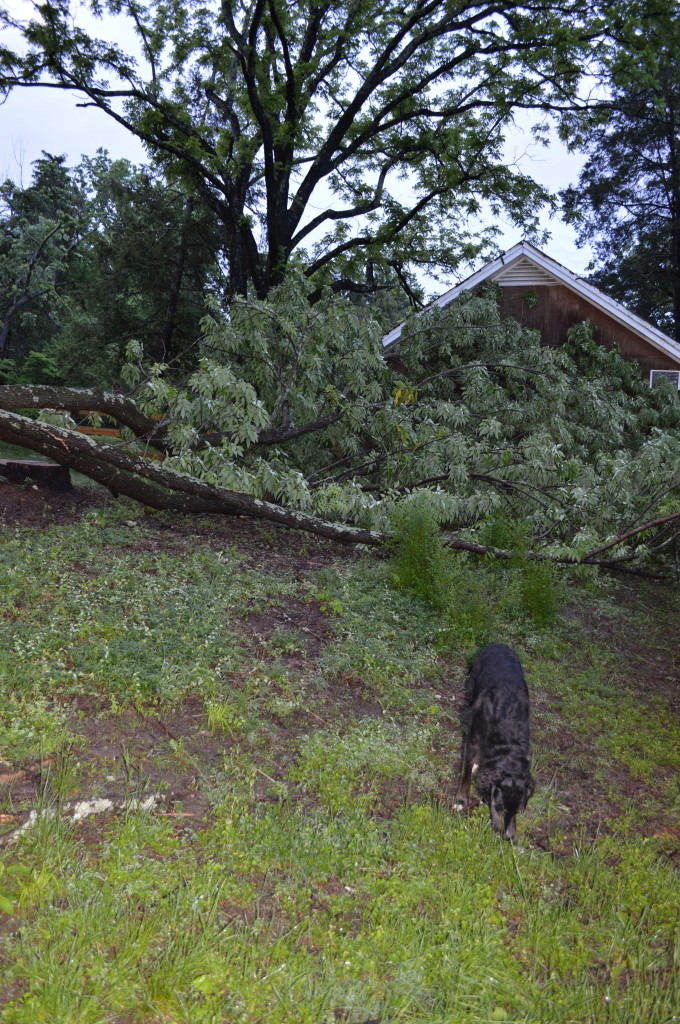 We are SO lucky the branch just touched the garage and doesn’t appear to have damaged it, because let me tell you– ain’t no room in our budget to redo the garage right now!  The fence may have to be repaired in a few places but I can’t tell because of the branches.  David gets home from a business trip later this morning so hopefully he’ll be able to assess the damage.  We did lose our picnic table (smashed to smithereens!) and I’m keeping my fingers crossed that our Big Green Egg, which we had moved to behind the garage temporarily, is okay… those things are really sturdy so we might be lucky. 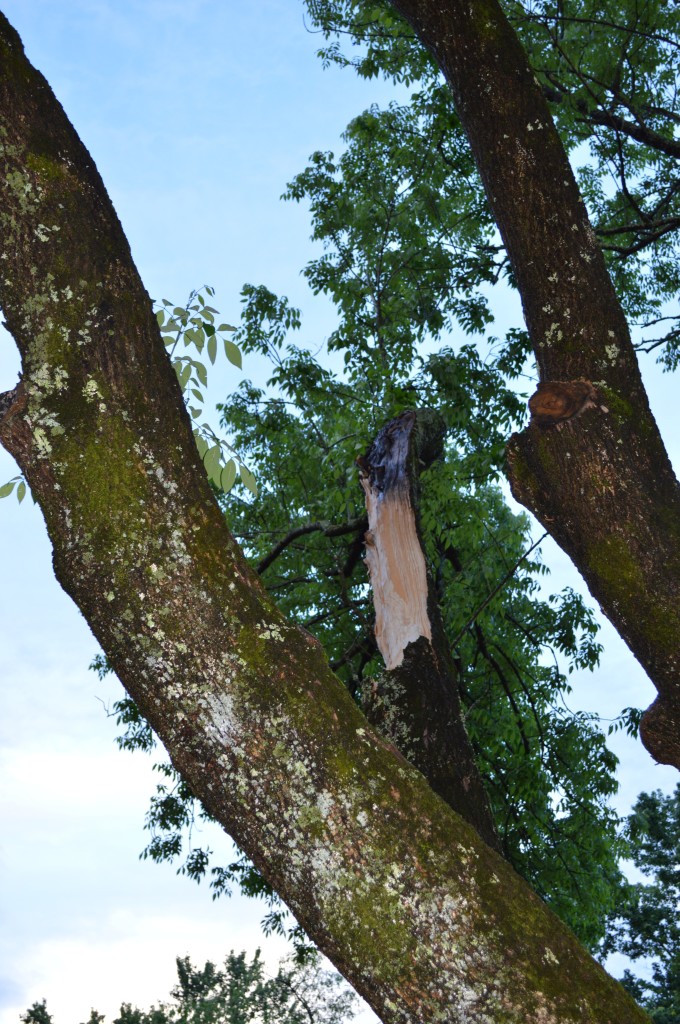 When we first moved to this area of Charlottesville called Ivy, two of my colleagues at work who grew up locally said Ivy always gets lightning strikes and suggested we use surge protectors for all the big things we have plugged in in our home.  I thought they were half-joking (but I bought the surge protectors anyway, knowing I’d jinx myself if I didn’t).  Guess they were dead serious! 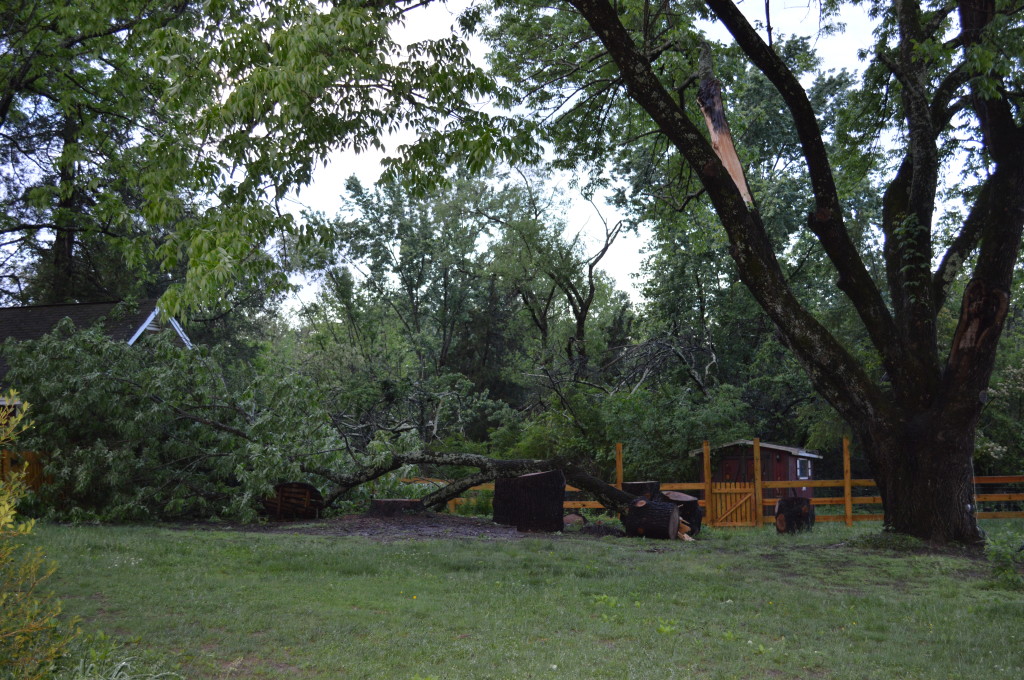 Up next on the list?  Call a tree doctor to see what we can do to make sure this doesn’t shock that gorgeous walnut too much into not being healthy anymore.  Oh, and get rid of the giant branch in our yard.  That’s going to be a fun “welcome home” for David to arrive to!