When we bought the house, there was no backyard fence (we had one installed before we moved in) and the “lawn” tumbled onto what became the side field.  The side field had a little outhouse– see the above photo– and a wonderful water spigot.  We decided to build the fence with the spigot on the outside, thinking we would use it a lot in that side field eventually.  (We ended up using the spigot a lot– and have regretted not placing the fence on the other side of it.)  When we didn’t have a kitchen for our first two months living here, we got all our water from the spigot, and have used it since for the dogs’ water, rinsing paint brushes, the garden hose, you name it.

We’ve been working on getting all the pipes replaced and finally it was time to do the outdoor ones.  (Apparently the pipes were all sorts of messed up around the outhouse.)  We decided to move the well pump from outdoors to our house’s basement to reduce the likelihood of the pipes freezing between the pump and the house plumbing.  Much to David’s and my delight, the spigot had to be moved in the process!  We quickly requested in be placed on the inside of the fence, which apparently was easy to do. 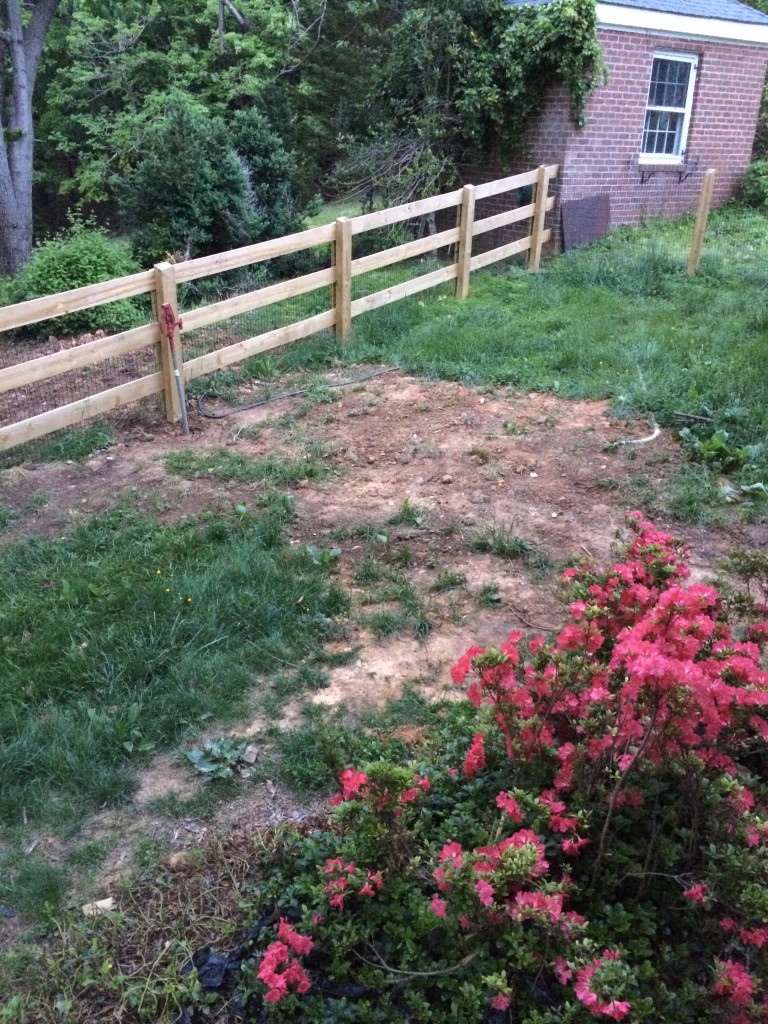 Check out our awesome spigot, now inside the yard! 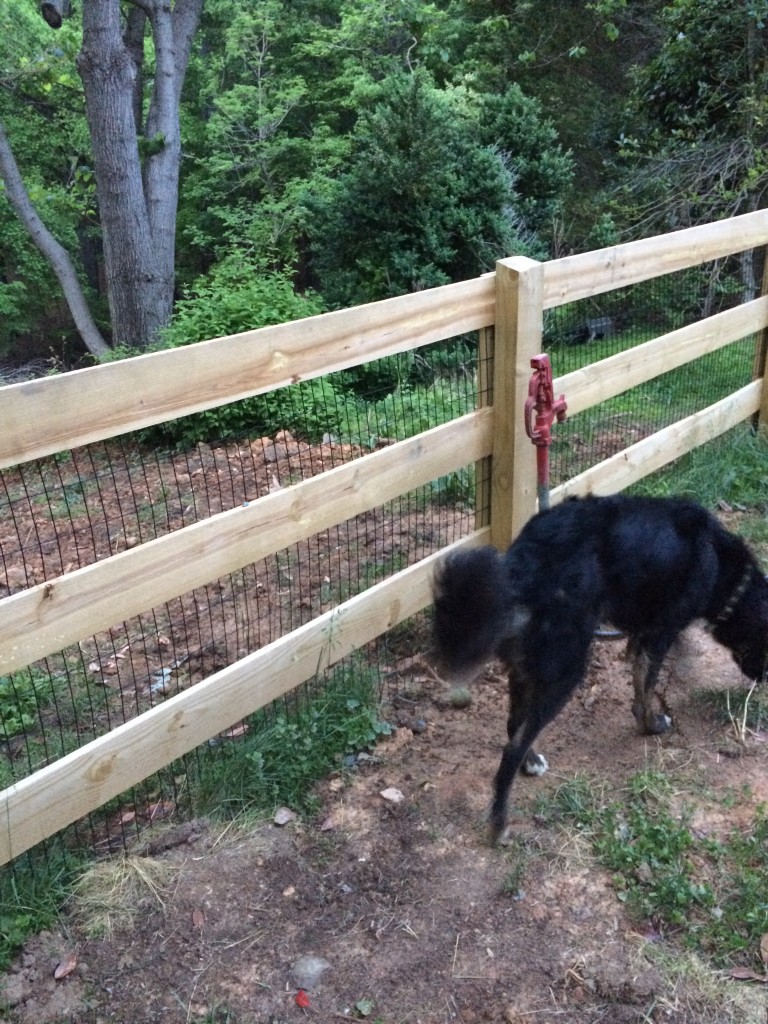 The dogs had to examine their new lawn ornament and decided it was not a threat and could stay in peace. 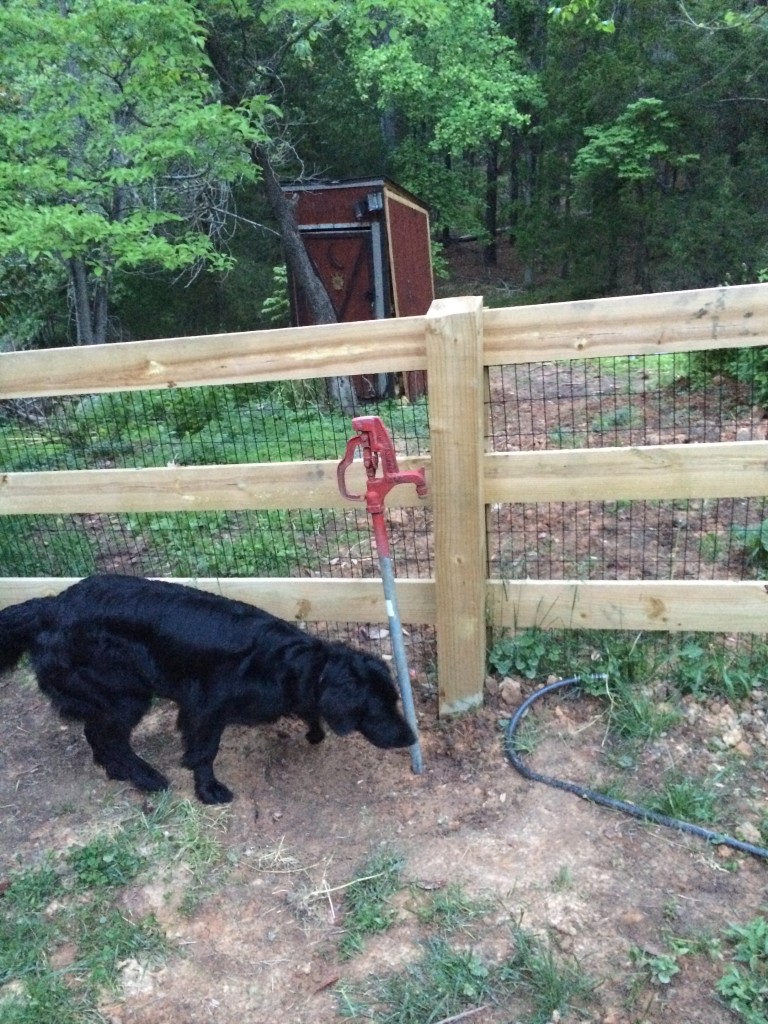 The little outhouse serves no purpose any longer and I am eager to tear it down.  I think I’m going to put a chicken coop in its place… but David’s got me convinced we have enough on our plate this year.  2015 it is 🙂