I decided to write this post to share with y’all that renovating a farmhouse is not always progressive, despite the many posts I’ve written about our progress.  Overall, I am very proud of the work we’ve accomplished in the past ten months, but it has NOT been easy.  Or, to put it another way, renovating a farmhouse hasn’t always meant everything’s coming up roses.

David and I both work full-time, and while that is SUCH a blessing and I’m so grateful we have the opportunity to do that in a small town like Charlottesville, it means that things can be pretty slow-going.  We’ve never renovated a house before, let alone an 1850 house, so a lot of projects we’re simply not comfortable taking on ourselves.  Hence the need to hire people who (presumably) have experience to do some of the projects for us.

We found one contractor when we first moved in who is very talented.  But, like all contractors I’m starting to learn, he is very unreliable and never comes when he’s supposed to, causing lots of stress on my part.  Examples: 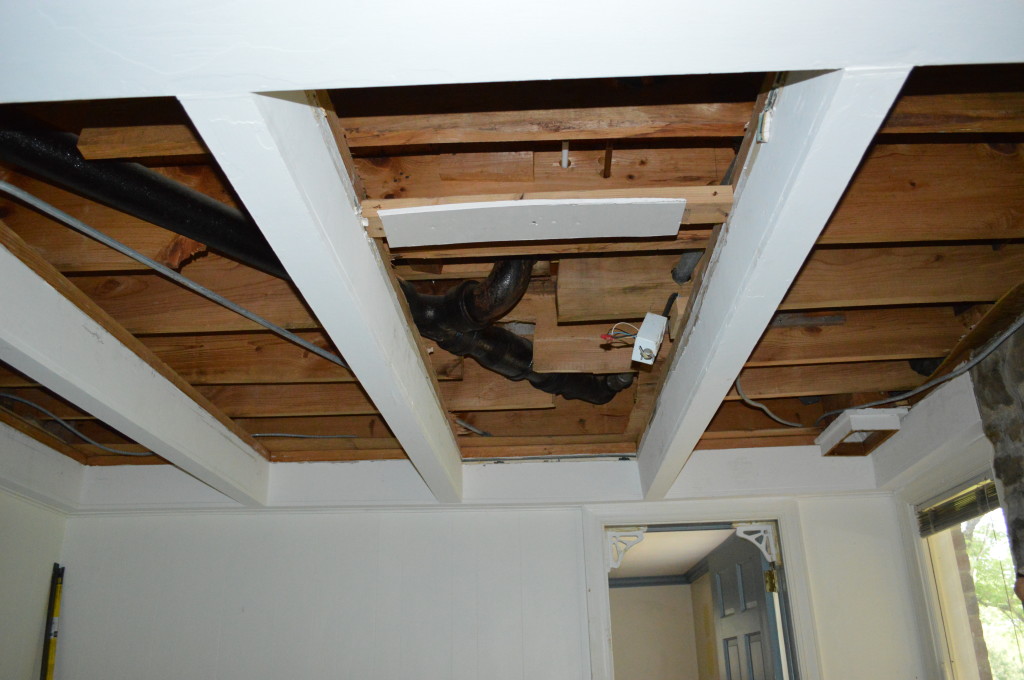 Remember back in March when I posted about the ceiling being taken down?  Well since then, the big pipe you see in the pictures above has started leaking whenever we flush the toilet it’s connected to (disgusting, I know) so we’ve had to stop using that toilet entirely.  The contractor tore down the ceiling for us and has left it since the beginning of March.  It’s now late May.  Sigh. 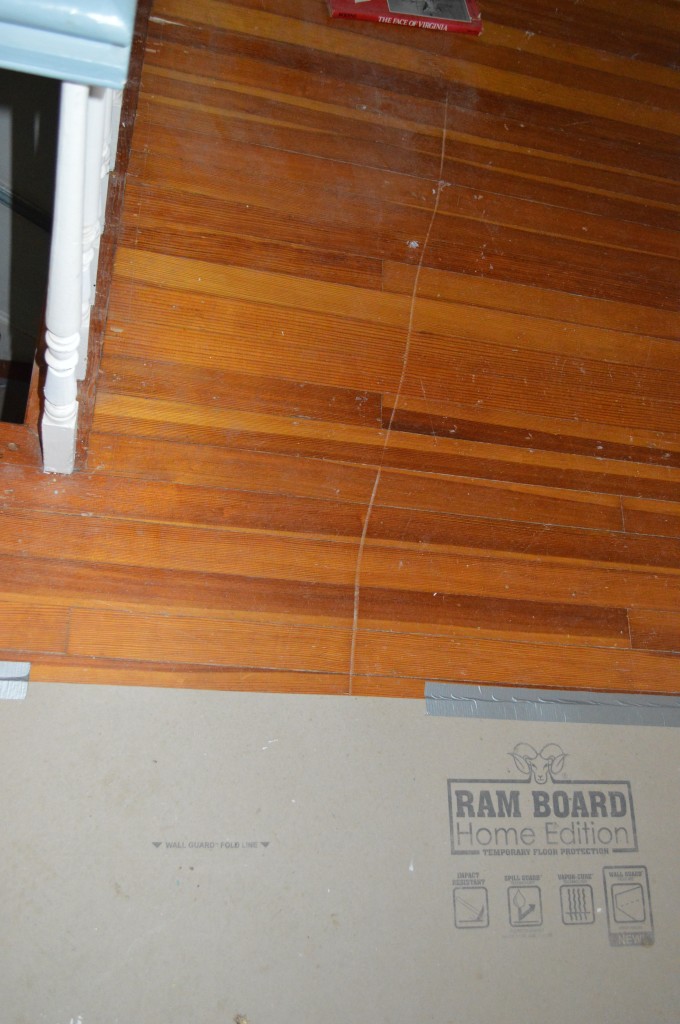 The floors upstairs are original to 1850 (but the floors downstairs are certainly not, which is okay since I don’t care so much about their upkeep).  When the contractors were remodeling the bathroom and taking out the tub/ installing new floor boards/ etc., they scratched the floors upstairs pretty badly as the photo above shows.  I was devastated because I had asked them specifically to be careful of the floors.  They promised us (back in March) they would refinish the floors of the guest bedroom and hallway, which got scratched the most.  Since then, we’ve been living with duct tape and paper covering the floors… and whenever the contractors have shown up, they always seem to dip out before the floors get refinished. 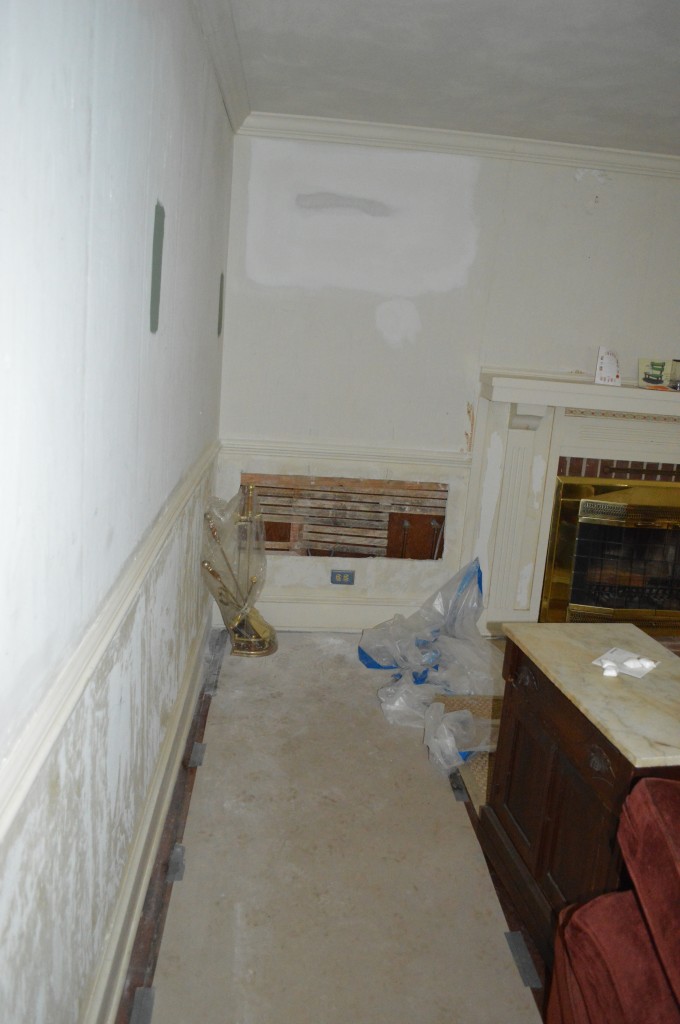 Our whole dining room is in disarray because the contractors still haven’t finished replacing the plumbing that leads to the kitchen through the dining room wall.  Back in April they patched one hole they made– progress, right?!– but the hole shown in the picture above has old pipes that have yet to be touched.   This is really frustrating for me.

Anyway, I’m not sharing this all to rant (okay, maybe that’s a partial reason), but rather to show the reality of what it’s like when you hire someone to help you with your house.  It’s not always progressive, and it’s not always fun “before and afters.”  There’s no trust in this relationship but they still have a job to wrap up.  Meanwhile, pregnant me is in mega-nesting-mode and I feel like this should have all been done in, oh, March, when they started.  I really hope they can finish things soon!  In the meantime, we’ve recently hired another contractor who we met through church to help us with some other projects… worst case is we’ll ask him to complete the first contractor’s work and figure out the floors upstairs later.  Trying to stay optimistic because at the end of the day, it’s just material stuff.  The important things in my life– like David and our growing baby– are doing really well, and that’s all that really matters.

3 thoughts on “Not Always “Coming Up Roses””