In addition to the painting the family room itself, my sister-in-laws tackled another daunting project: removing the crazy little brackets in the doorways downstairs.  Now those brackets were STURDY… as you can see from the picture below (from when we moved in last year), they can definitely support my weight.  They were nailed, caulked, and perhaps wood glued into the corners of the doorways. 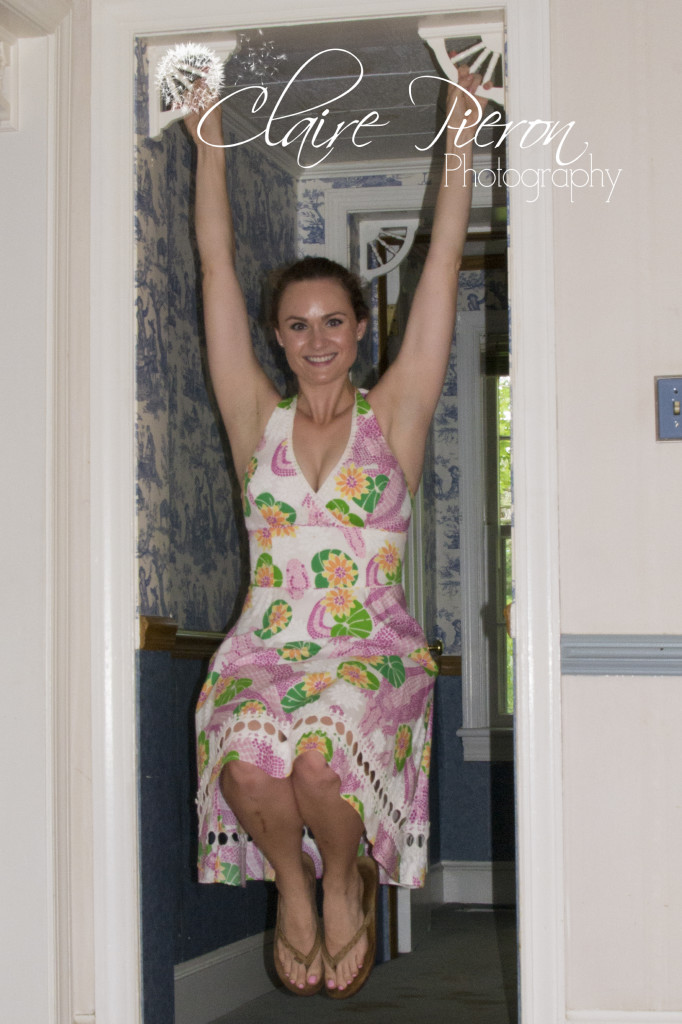 No match for these ambitious ladies, though! 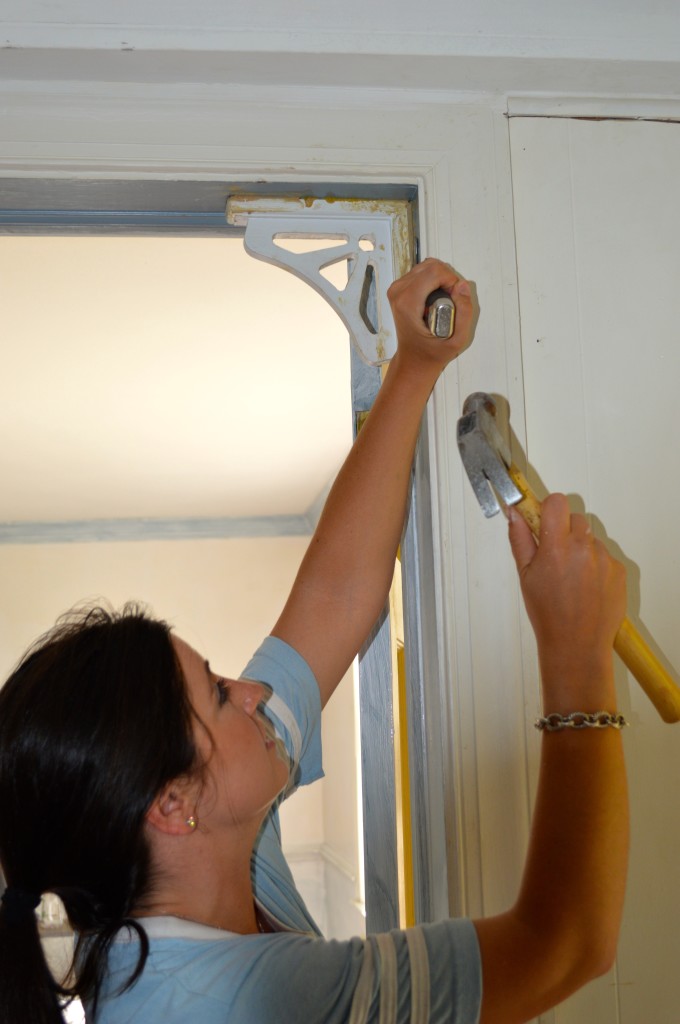 It was a team effort, and from what I’m told, once they got the technique down, it wasn’t too difficult. 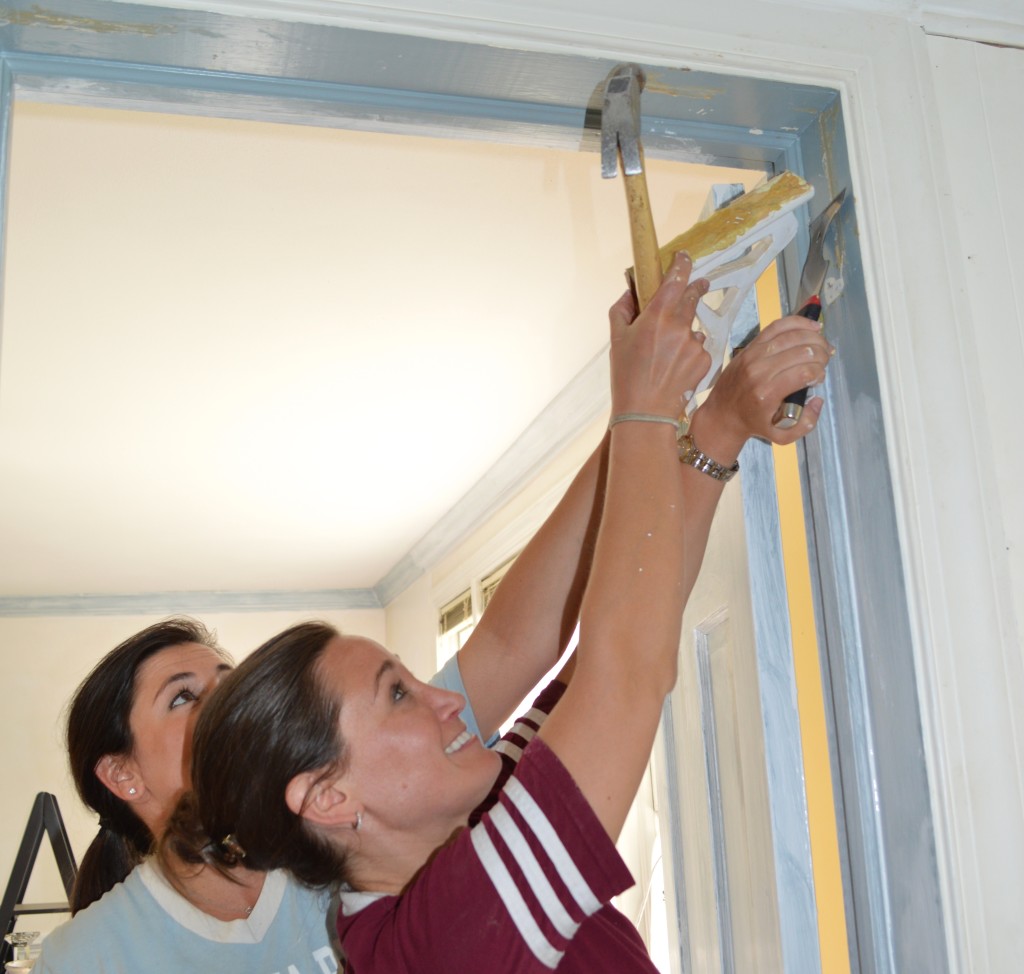 In the course of one day they were able to paint most of the family room AND remove these annoying, non-original brackets downstairs! 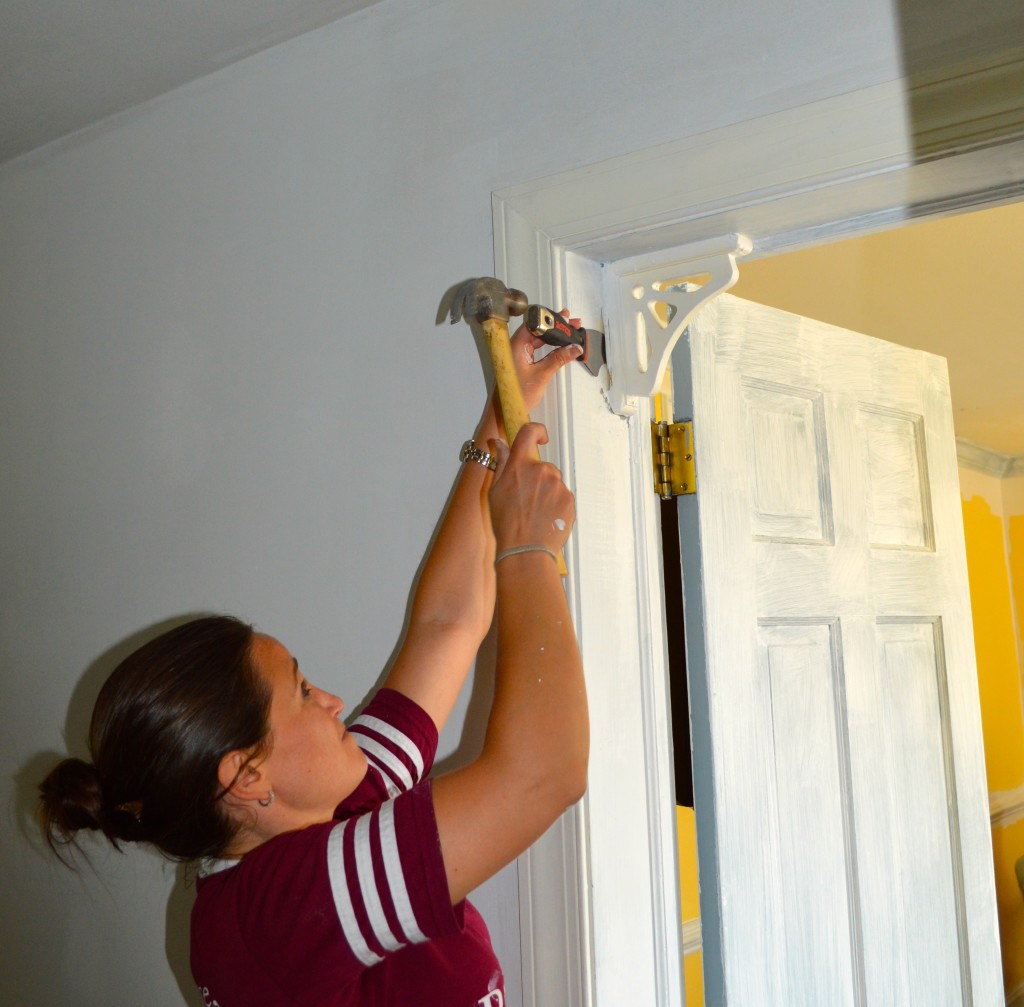 Doesn’t that doorway look so much more peaceful without them? 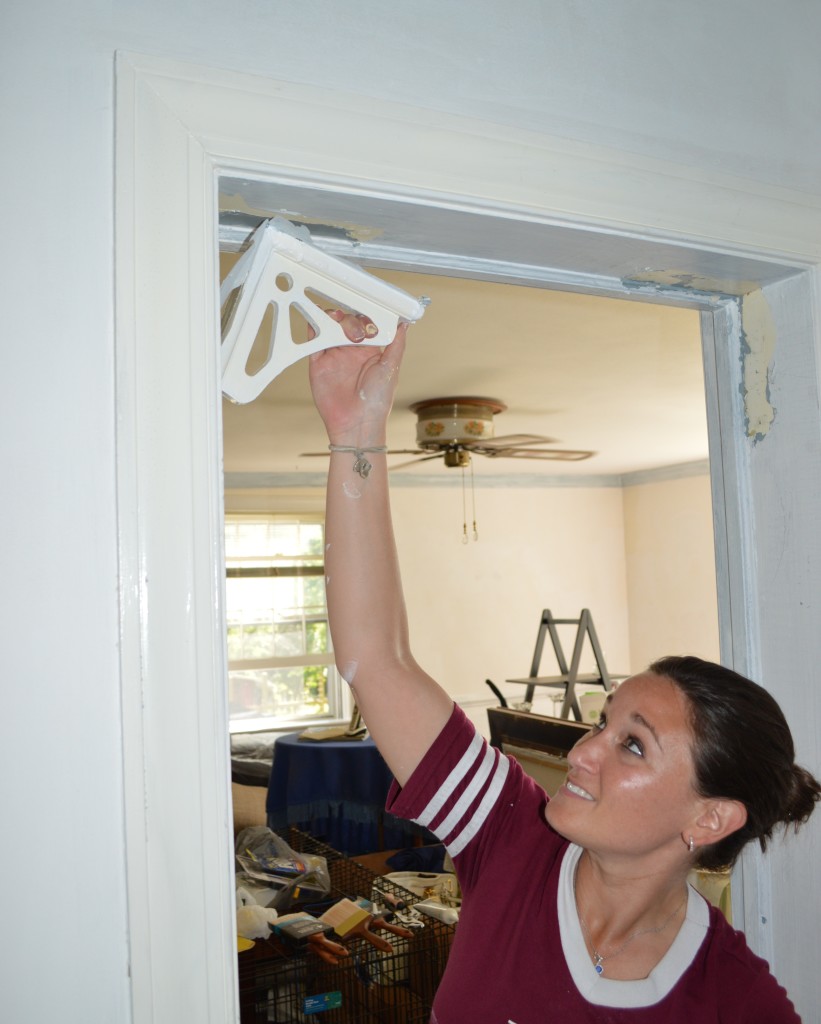 Those brackets came from just the two doors entering the family room… they ended up removing the brackets going to the dining room and study as well, giving us 8 total.  I don’t really want to throw them away (as much as I hate them in the doorways, they are a part of the house after all). I’ll figure out some creative way to reuse them somewhere… 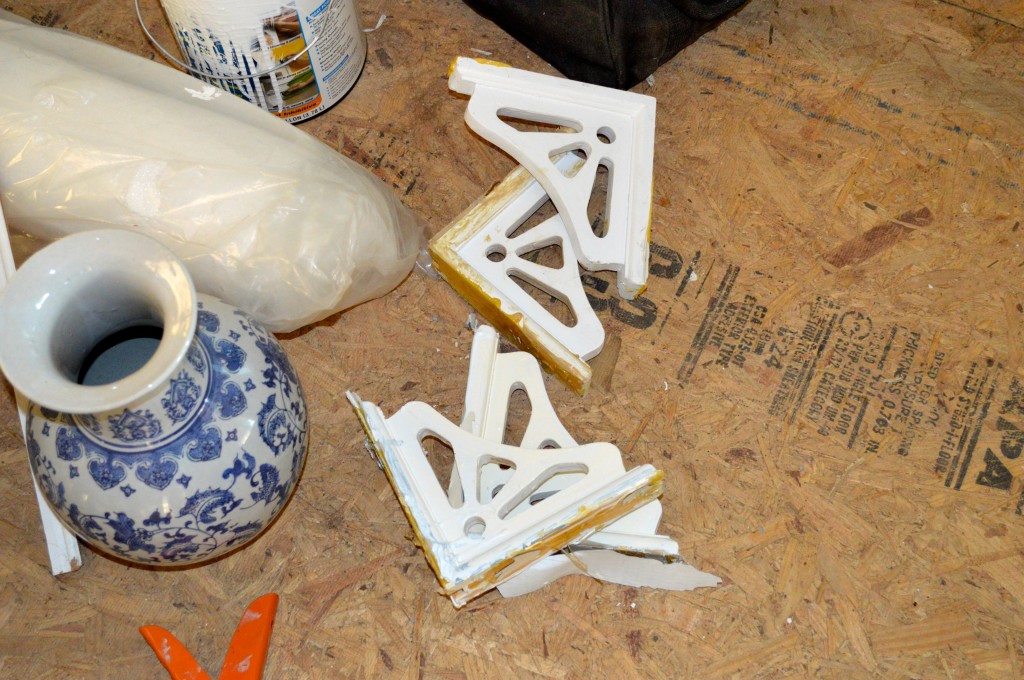 But in the meantime, HIP HIP HOORAY to Liz and Ansley for getting those things down!!!!!  I am soooo excited!