I kind of have a “thing” for Dutch doors.

Traditional Hall by Millbrook Architects & Building Designers Crisp Architects
I think they are cute and add a LOT of character, plus they’re just super convenient!  It’s like having a gate for the dogs/ kid or something… you can separate entry into rooms but still hear and see through the other side.
So you can only imagine my amazement when I was perusing Habitat for Humanity the other day and came across a BEAUTIFUL old Dutch door for sale!  It was really cheap– I can’t remember exactly how much it was (probably because I said “I’ll take it!” before actually looking at the price)… I know it was no more than $300 though.
So it came home with me immediately and David and I started to look for a place to install it.  It’s pretty wide and none of the doors in our house were wide enough, so we knew we’d have to widen a doorway to get it to fit.
After a few ideas being thrown around, we decided on the doorway from the hallway to the kitchen.  In its place were two French doors that weren’t aligned and never closed– they didn’t seem original to the house anyway.
BEFORE: 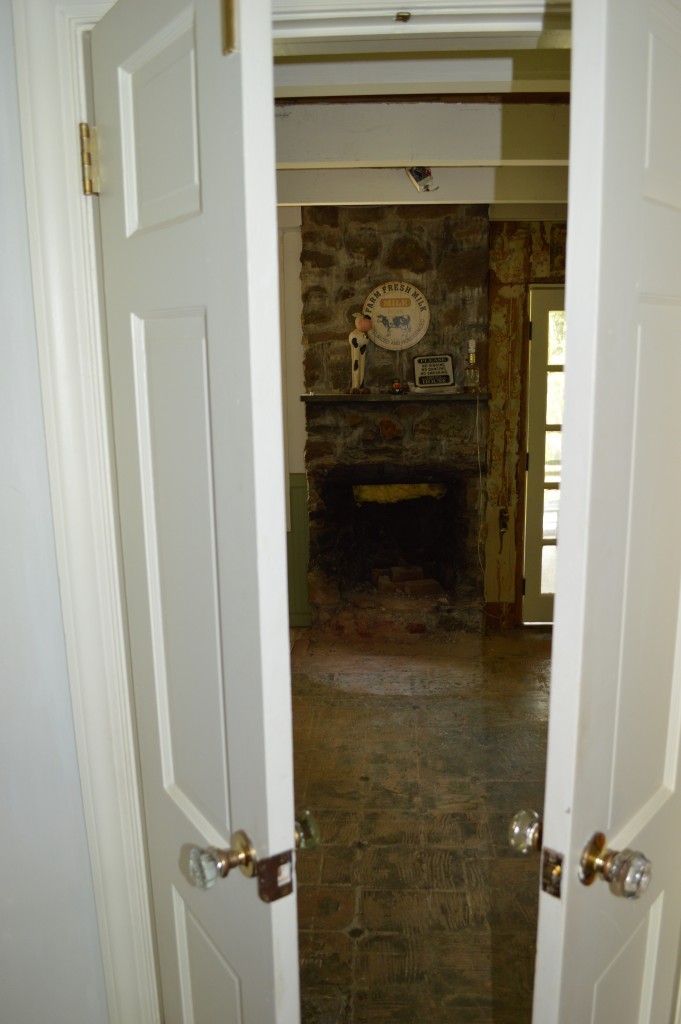 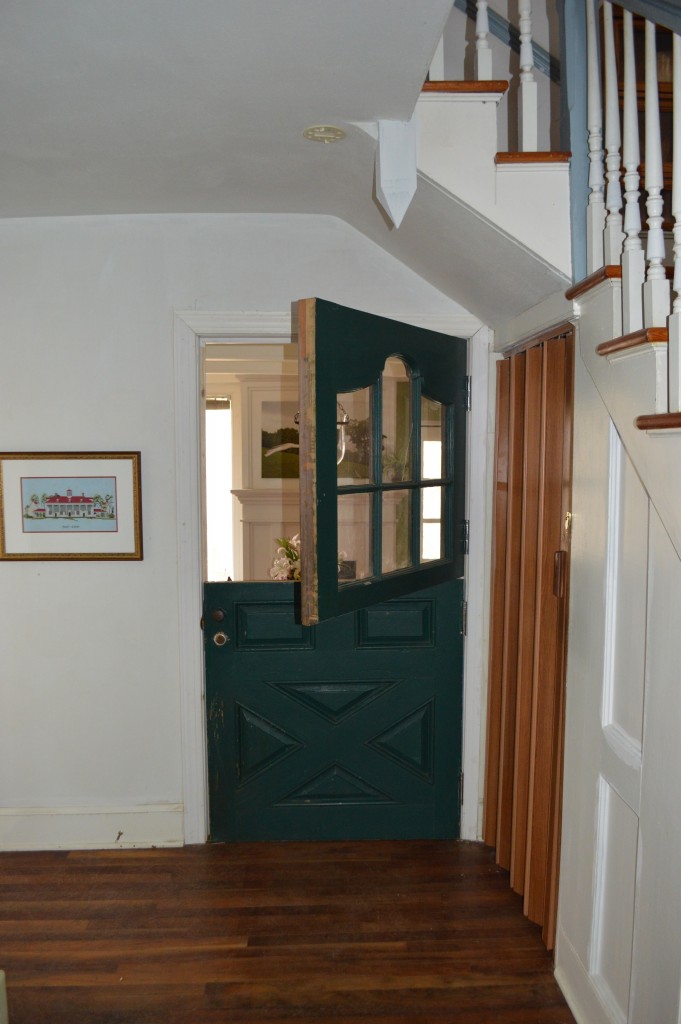 Isn’t it scrumptious?!  It’s painted green on one side and a gorgeous wood on the other. 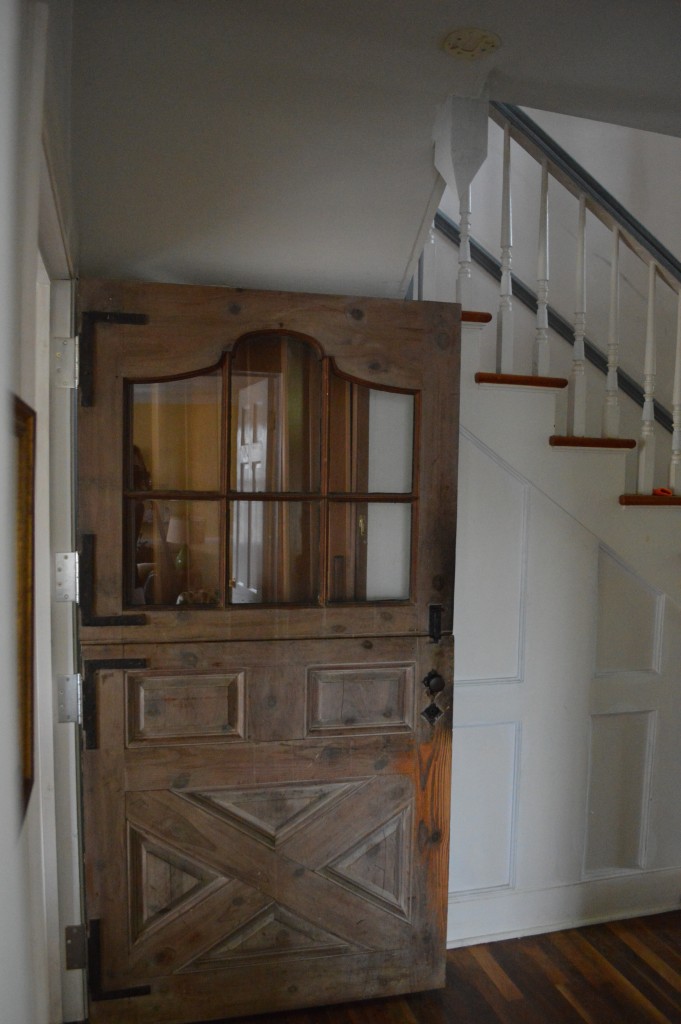 There it is opened up… 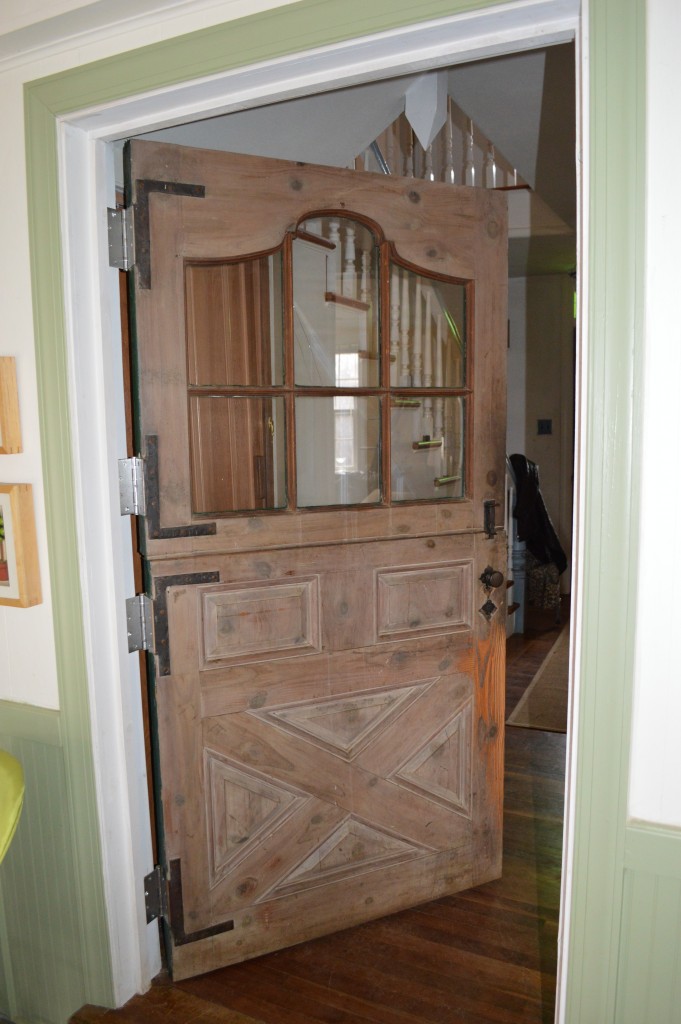 Check out the hold hardware connecting the upper and lower halves.  So cool!!! 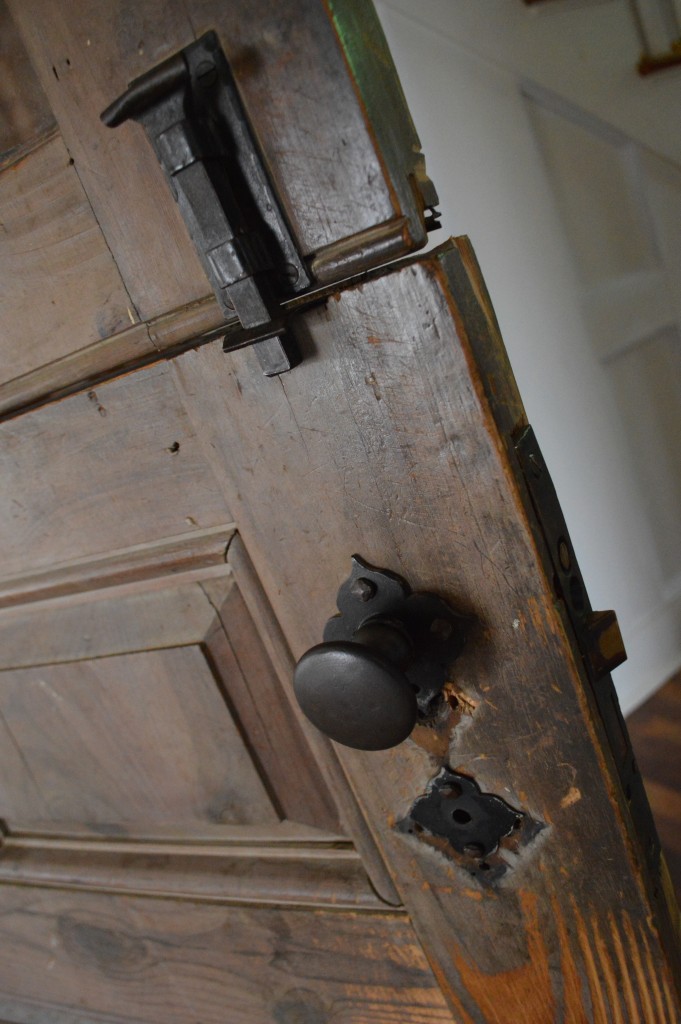 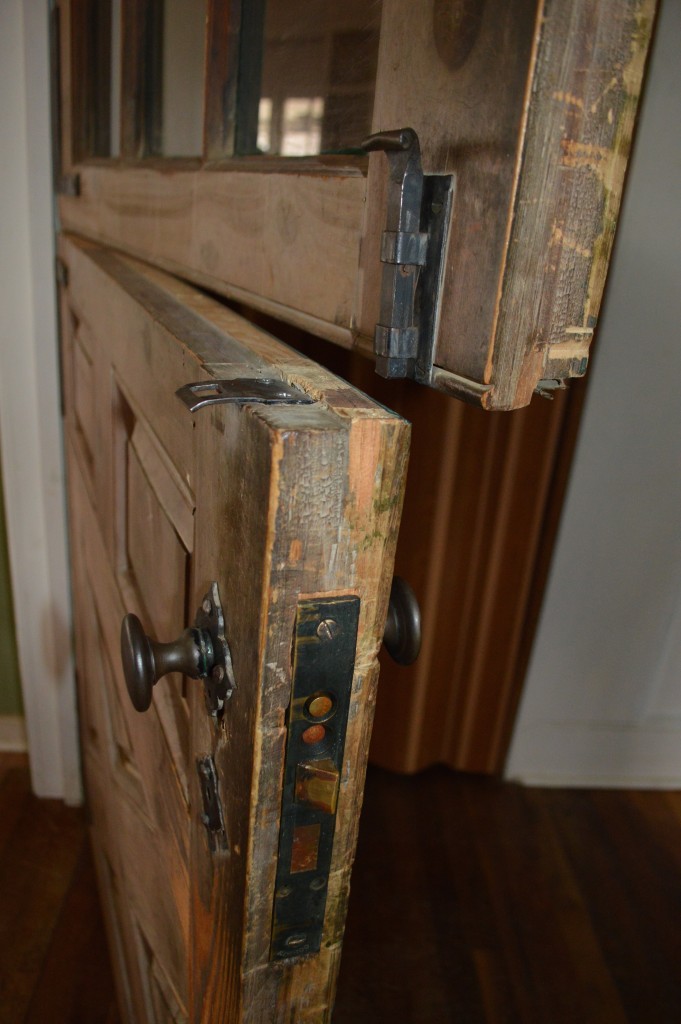 Yay for Habitat for Humanity finds!!!!  I love the new country aesthetic this gives our house– it’s the first thing you see when you walk in the front door.   🙂
You can also check out these dutch doors on Amazon

2 thoughts on “Pass That Dutch Door”