A very exciting package arrived in the mail recently!! 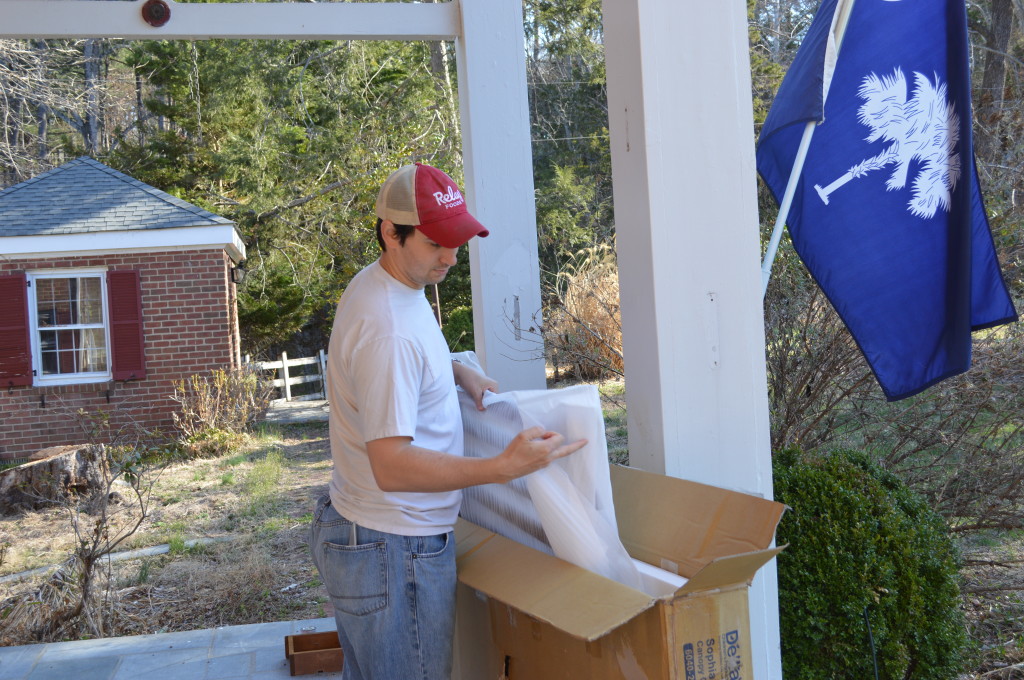 That’s right– our first purchase for the baby– the CRIB!!!– is here!

I love the look of four poster cribs but they’re usually so expensive so we settled on this one made by Delta: 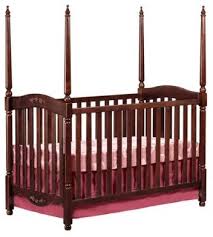 It was only $171 but it wasn’t exactly what we were looking for… since we’re not finding out the gender of the baby, I didn’t want anything like roses on the ends (see how they’re on the top and bottom of the sides?).  We decided to buy it anyway and David got to work taking the roses off ASAP! 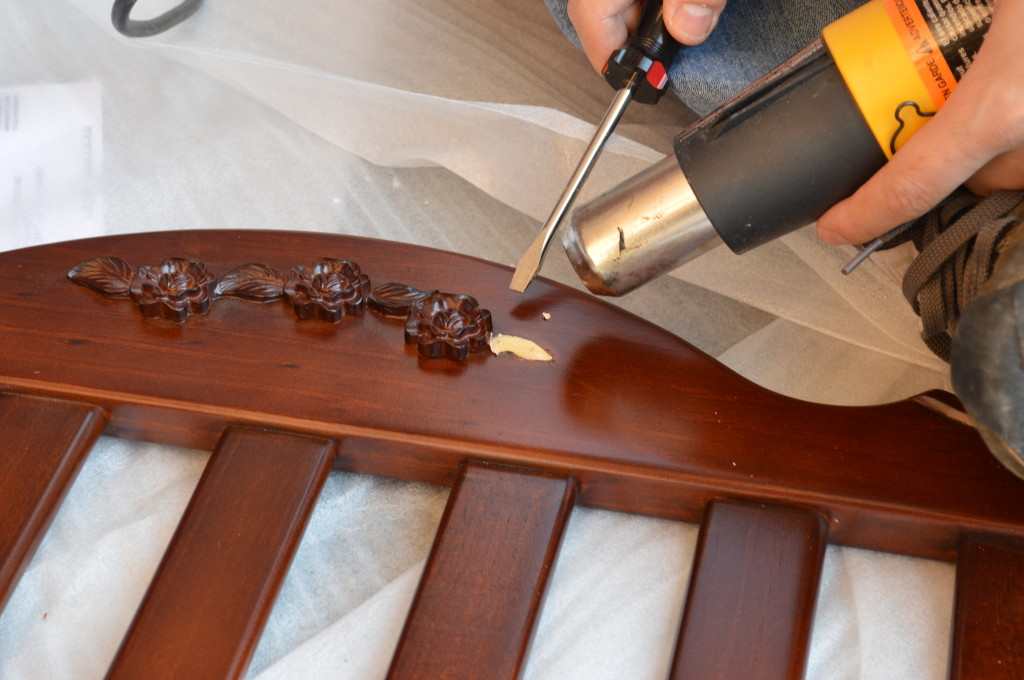 He used a putty knife, a flathead screwdriver, and a heat gun to get the embellishments off.  Turns out they were glued on (yeah, not the highest quality roses anyway) and sanding them off, as he originally was planning to do, would have been a waste of time. 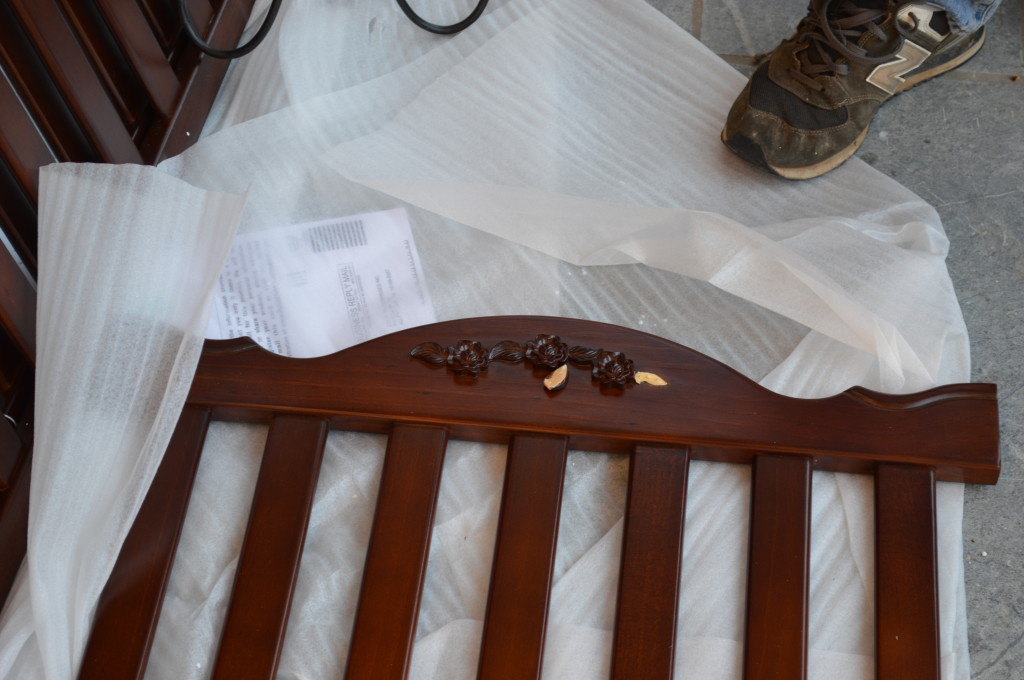 They came off quite nicely. 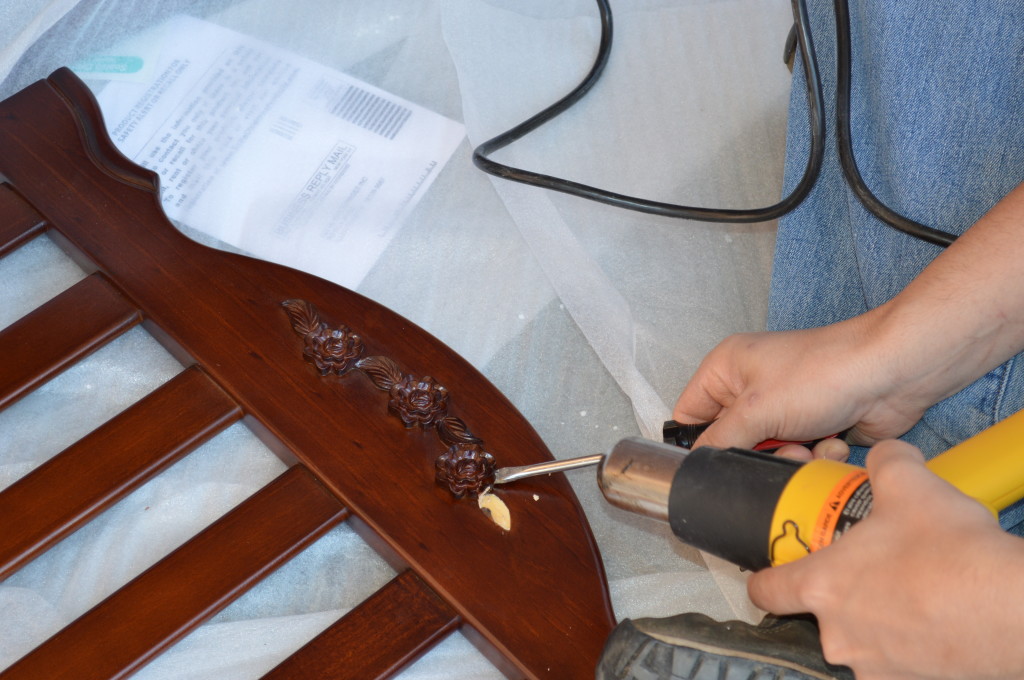 After only about ten minutes, all the roses were off but the glue left some residue. 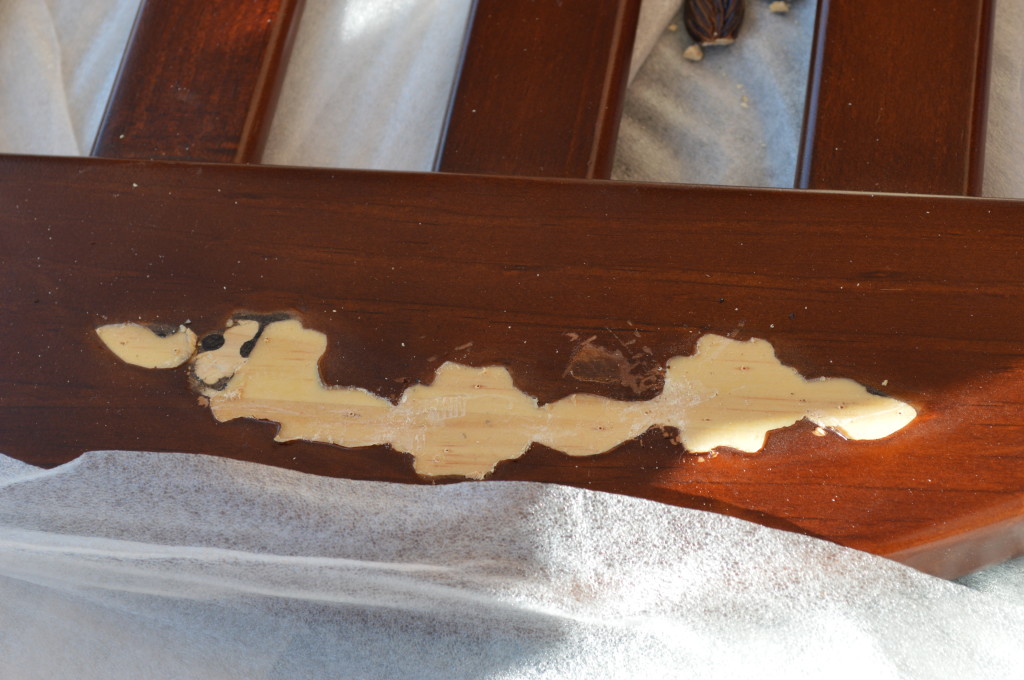 So, he got some good old fashioned sandpaper and smoothed it all out! 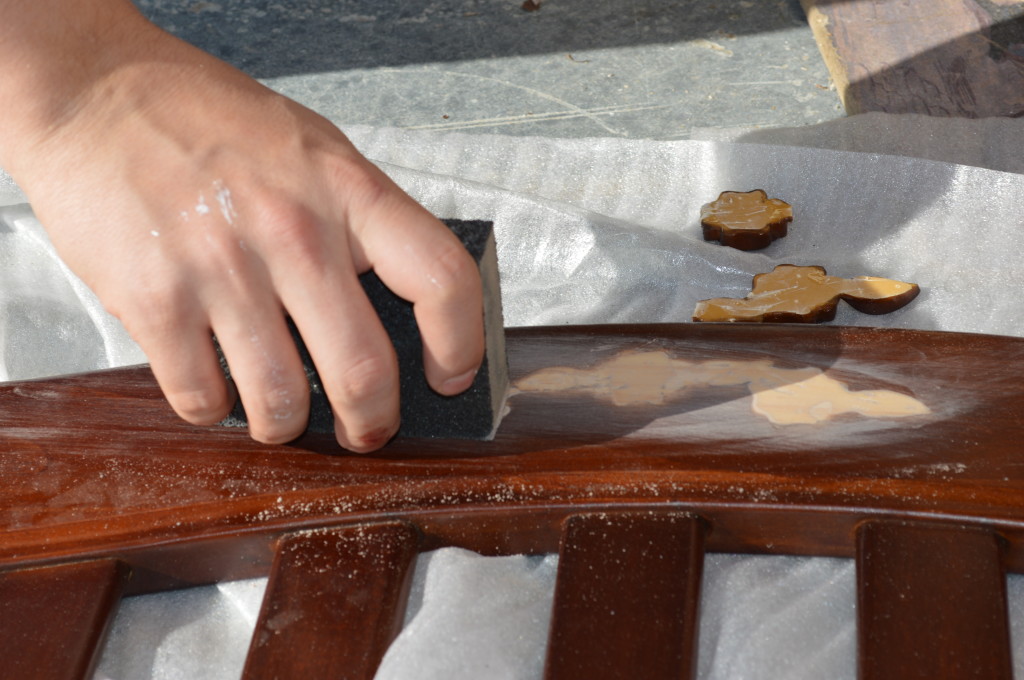 I don’t really care about how it looks because we’re planning on painting it anyway, but now at least it’s nice and smooth– and rose-free!

I know I’m going to use CeCe Caldwell paint again on the nursery furniture… now the fun part is deciding what color!  Stay tuned… 🙂

2 thoughts on “Prepping Our Crib!”