Hi y’all!  Hope everyone’s summer is off to a good start.  Evie finished preschool yesterday and we are loving life so far!  Other than the piglets, we have something else going on at our house: we’ve hired some awesome guys to put in a retaining walls using rocks David dug up from our front yard!  (David dug up a million rocks back before we redid our driveway last summer, and we’ve just been ‘storing’ them in piles by the back fence, but the plan was always to integrate them into retaining walls for the new driveway slopes.)

Why a rock wall you ask?  To me it speaks Virginia all the way… it’s reminiscent of my grandparents’ farmhouse in the Shenandoah Valley mostly, but I always think walls add such a definitive feel to a property.  I was beyond thrilled when David dug these all up from our own property.  My favorite thing about redoing this farmhouse is incorporating what was already here with our own taste!

So, without further ado: 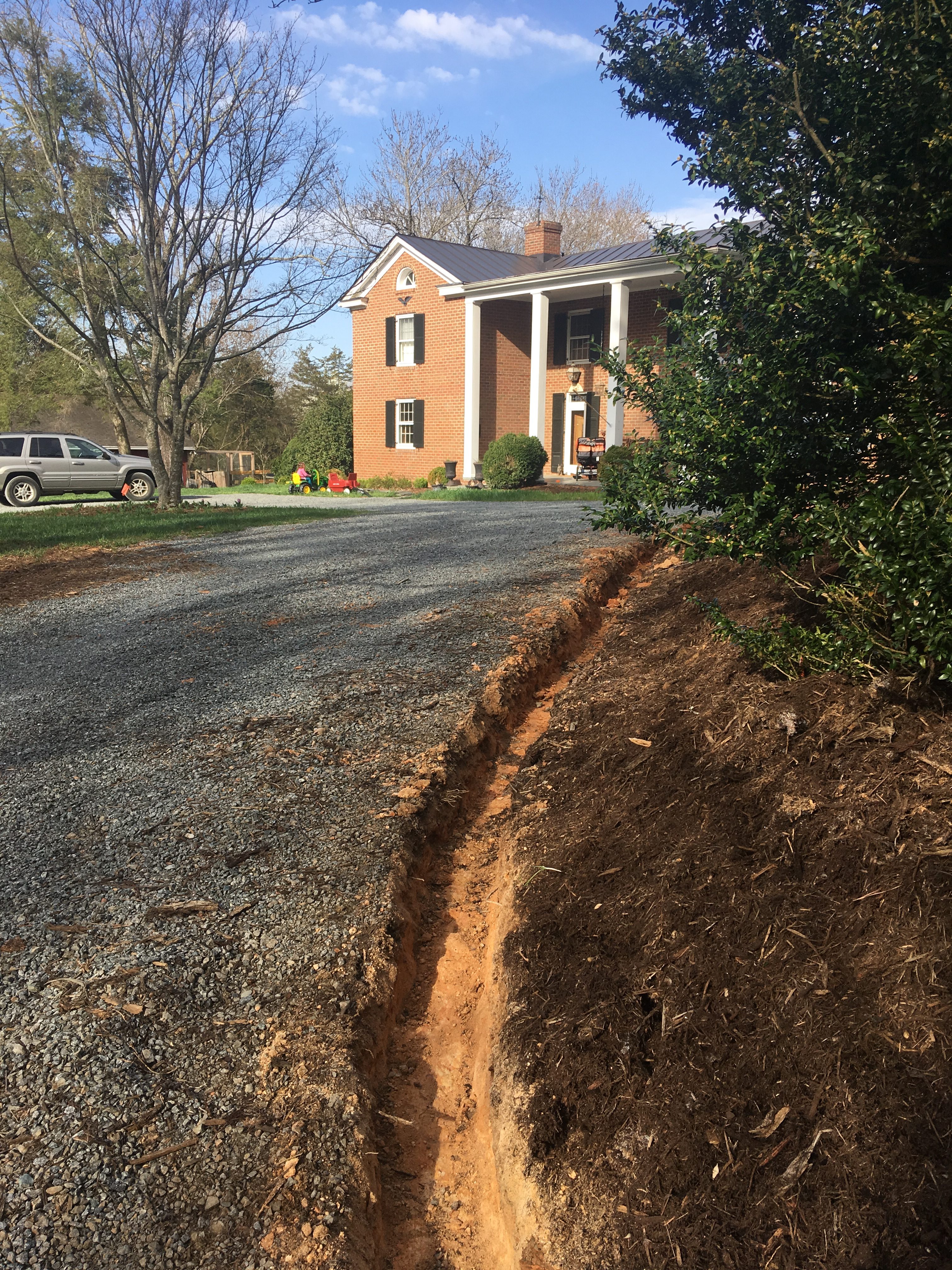 Here you can see where the wall is going to go.  On one side, the gravel driveway, and on the other, my prized enormous boxwoods.  We found two men here in Charlottesville who are talented masons during their day job and took this on as an after-house/ weekends project.  Kudos to them because I bet they must be exhausted! 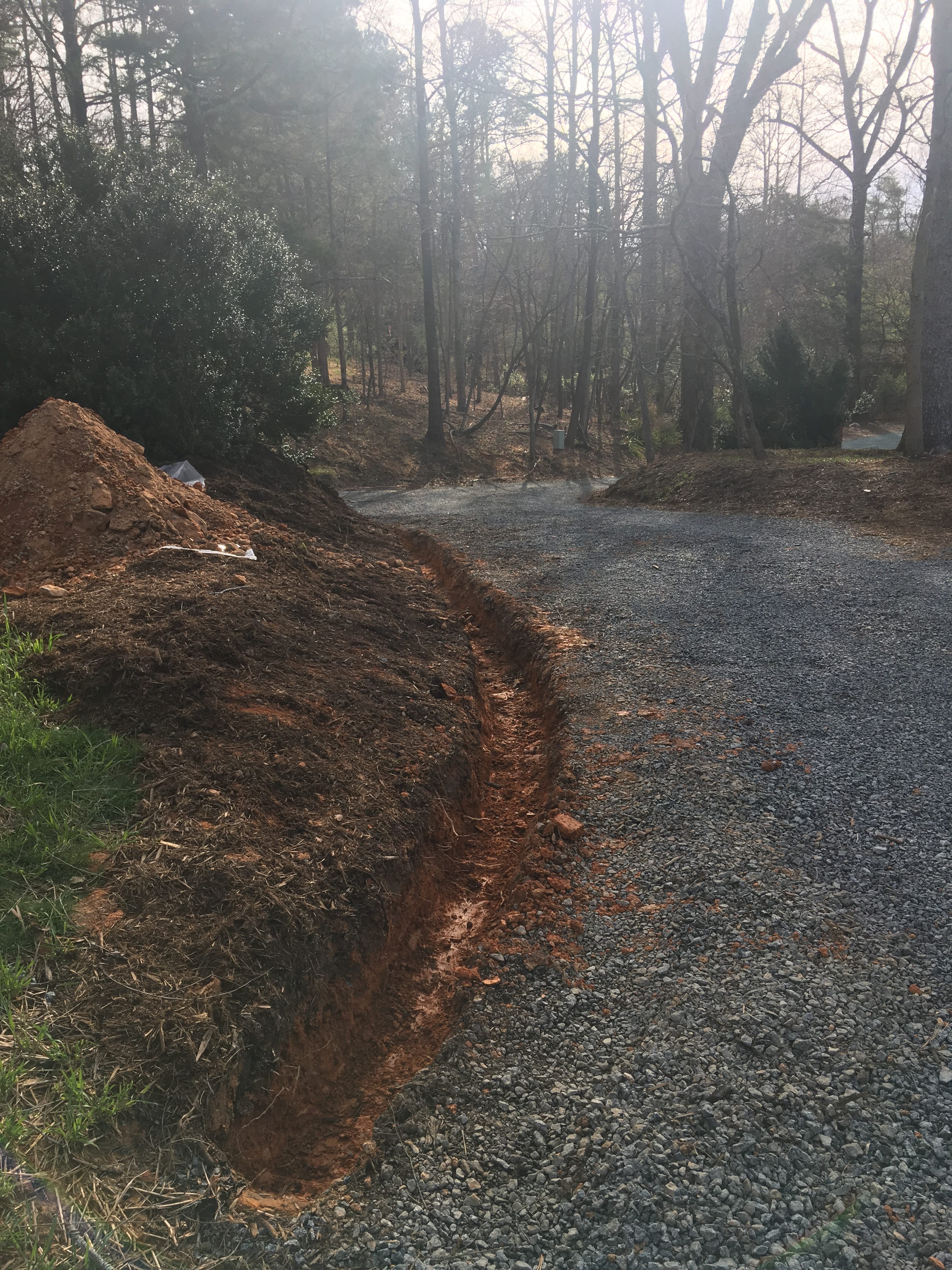 The first thing they did was dig out a ditch (which was partially already there, oddly enough, because David had attempted to build this rock wall himself before he realized what an art there was to it).

After the ditch, they poured in concrete along the bottom: 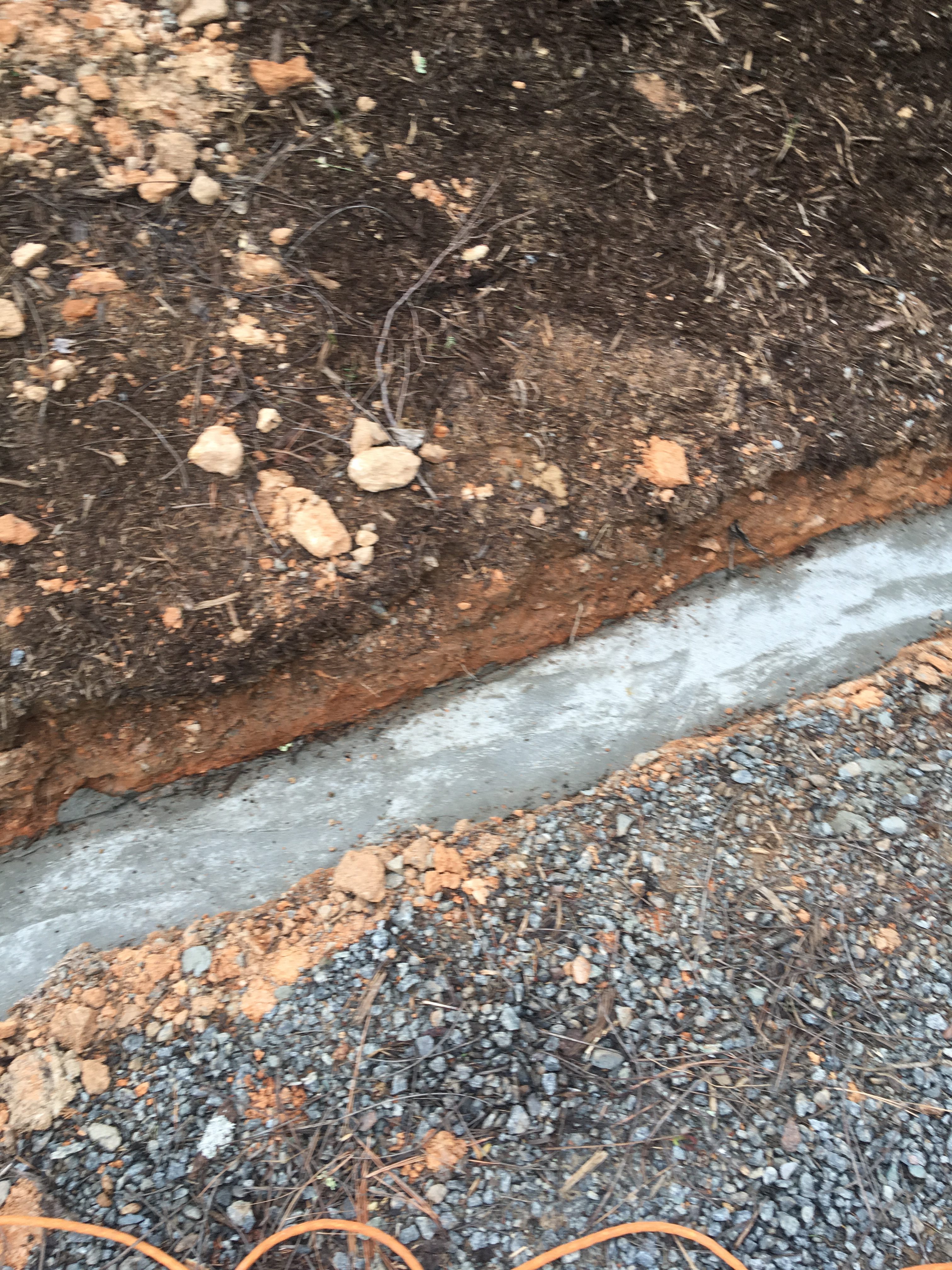 (In the below picture you can see some of the rocks to be used!  Eeeeee!) 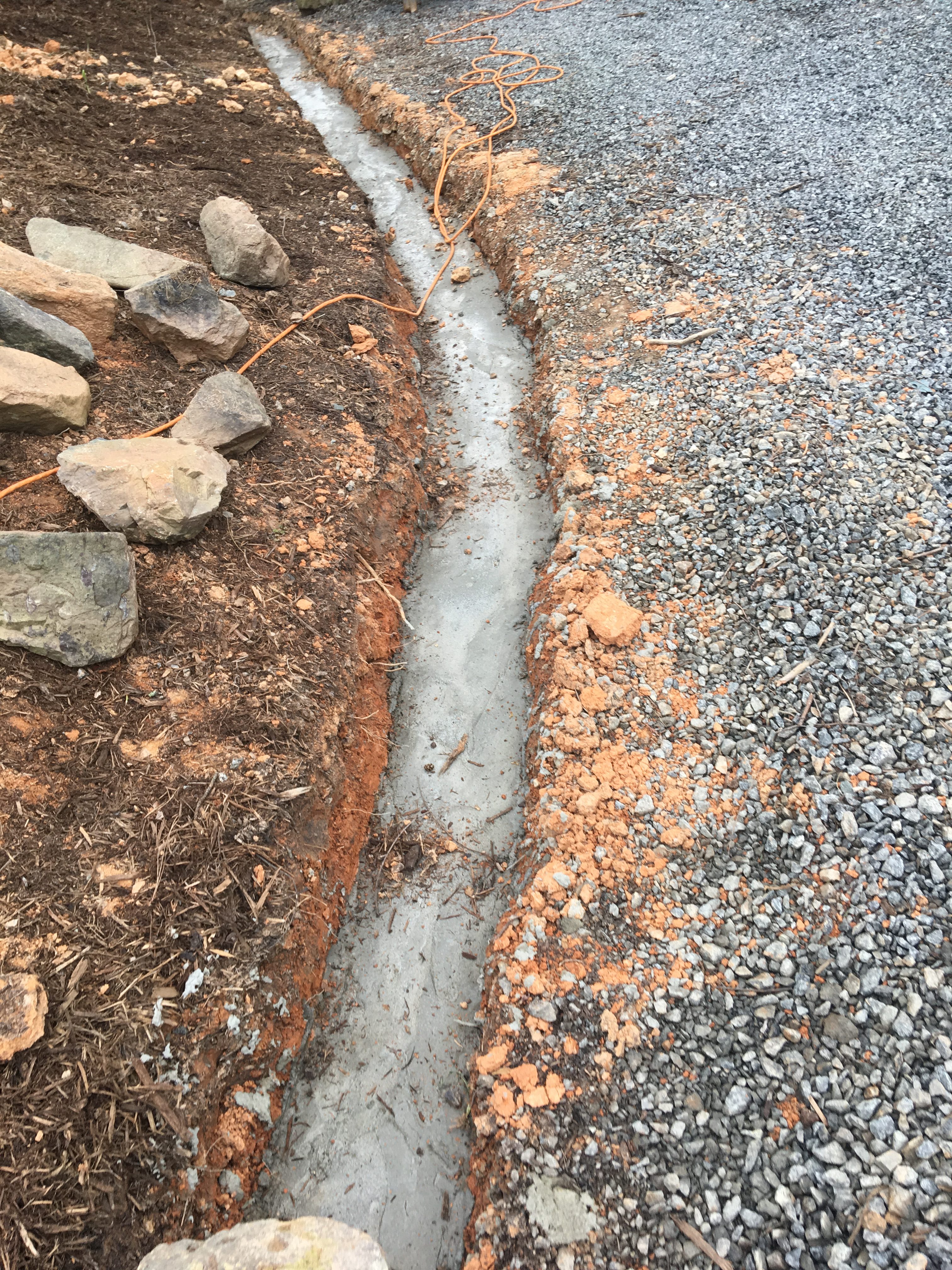 And THIS is my favorite part: at the tail end of the rock wall, closest to the house, they poured in some concrete and David, Wilson, Evie & I all stuck our handprints in it.  (Evie wanted her handprint to be in the middle… love that three year old mindset!… so it’s not exactly evenly spaced, but I think it’s even sweeter because it commemorates this season of our lives where we have a VERY strongwilled three year old.) 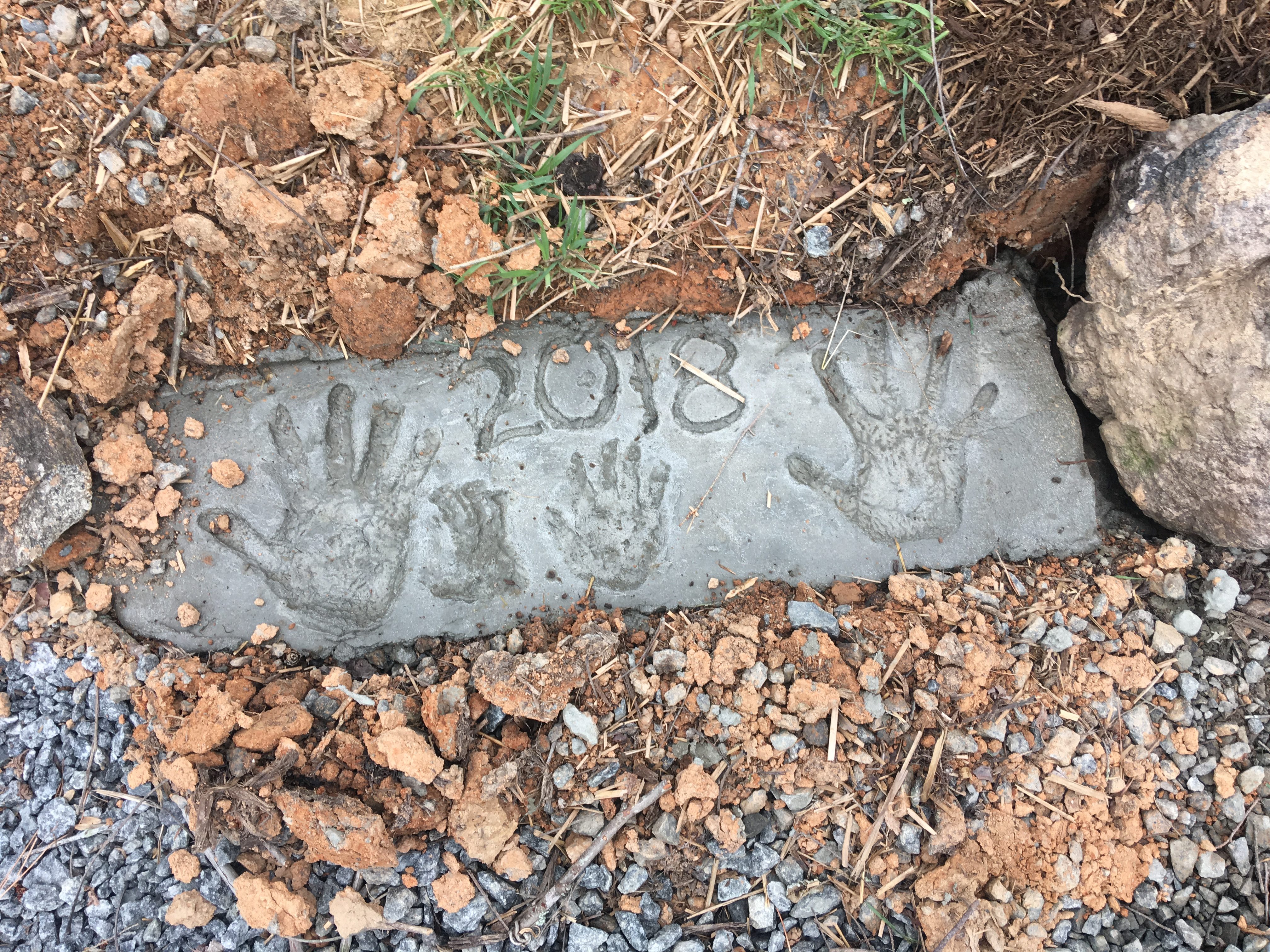 Wishing everyone a week full of hope and happiness,