David and I went to his parents’ for Thanksgiving, and while we were gone, the roofers finally started on our roof!!  Back story:  when we first looked at our house on the market, the previous owners were totally upfront and honest about the condition of the roof… which was that it probably wouldn’t make it through another winter.  It was very old and needed to be replaced.  For whatever crazy reason, David and I still put an offer on the house and at our home inspection, our inspector told us the same thing.

We decided to install a metal roof.  It is about twice as expensive as shingles, which was on the roof before, but it’s much more durable (we won’t have to replace it or really fix anything about it while we’re living in this house, knock on wood) and I also love the look of metal roofs.  Not to mention, they sound incredible when it rains.  Here are some of my inspirational roofs I found:

This one is very close to us– about 10 minutes away.  Their house was featured in the November issue of Southern Living magazine! 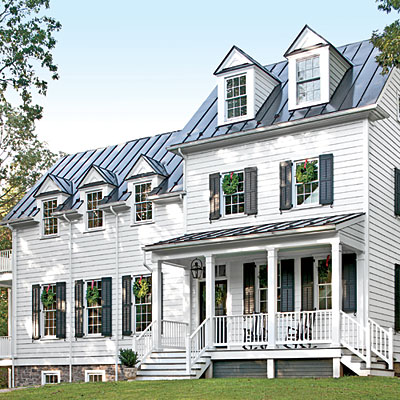 Here’s the picture I found online that sealed the deal for what color of metal roof I wanted– my inspiration! 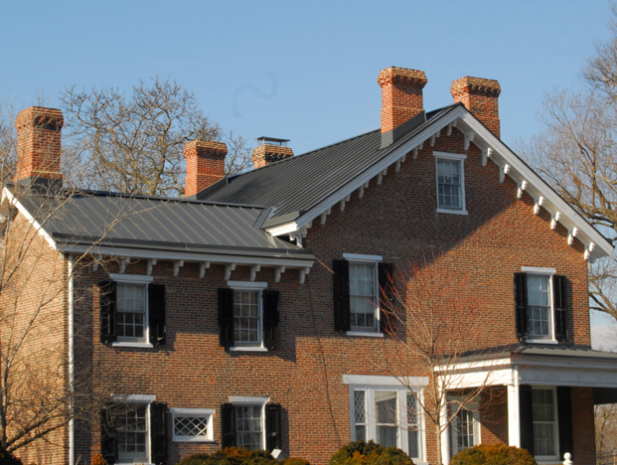 I just think it exuuuudes Virginia classic farmhouse.  And I love it.
The roofers gave me a choice of colors for the metal and based off of the photo above, I chose “dark bronze.”  When it arrived, it came in long rolls and long sheets that weren’t yet cut.  Here’s a shot of the color samples we chose from and the winning (actual) color: 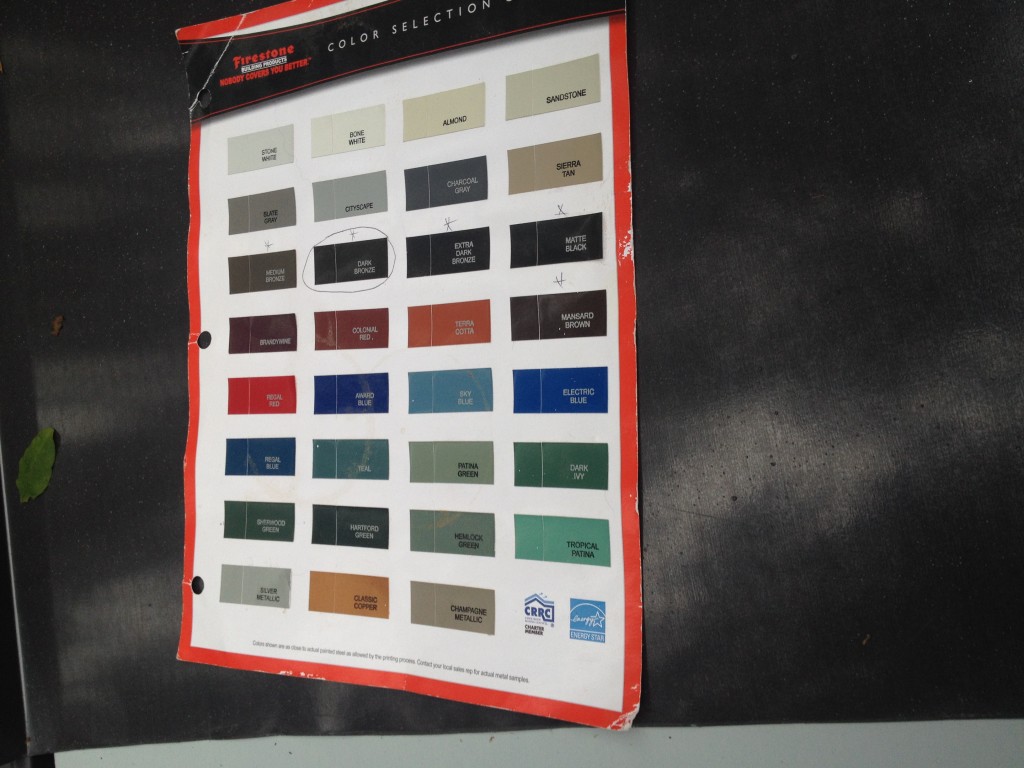 So as I was saying, the roofers finally got to work last Wednesday (and worked every day while we were gone– including today!) and stripped the old roof and the older roof underneath that.  They had to replace most of the wood support underneath because… surprise, surprise– it was rotten.  Yesterday they laid the tar paper or whatever it is that goes underneath and today they started on the actual metal! 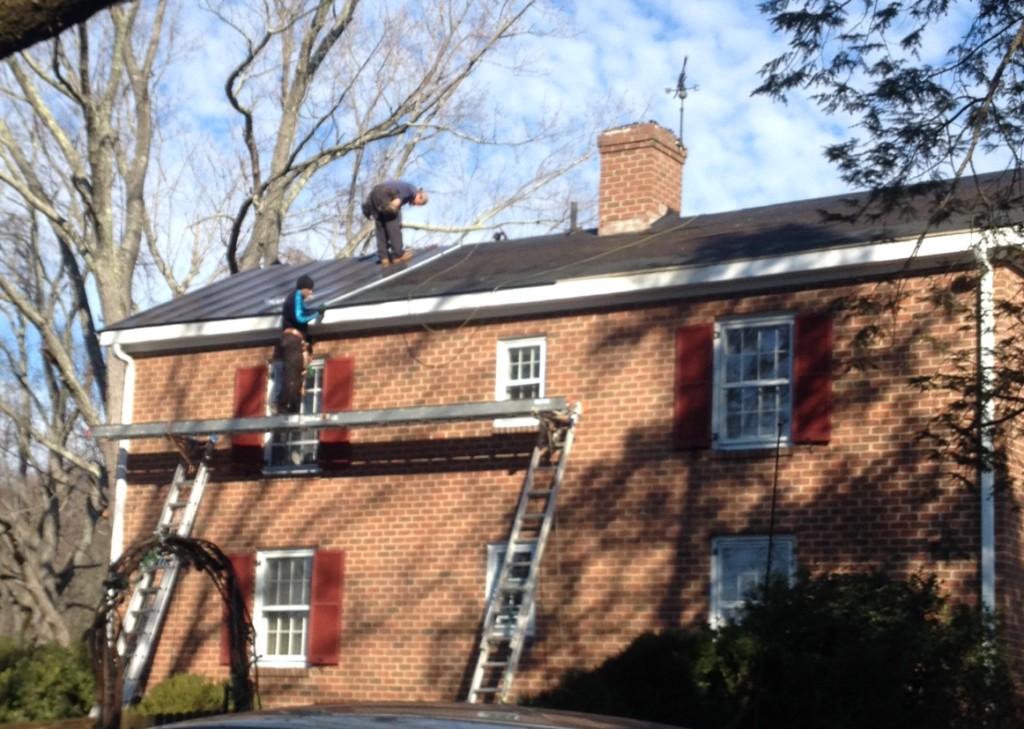 Fingers crossed, it will look great!  Here’s a pic from the front of the house but it’s kind of hard to see: 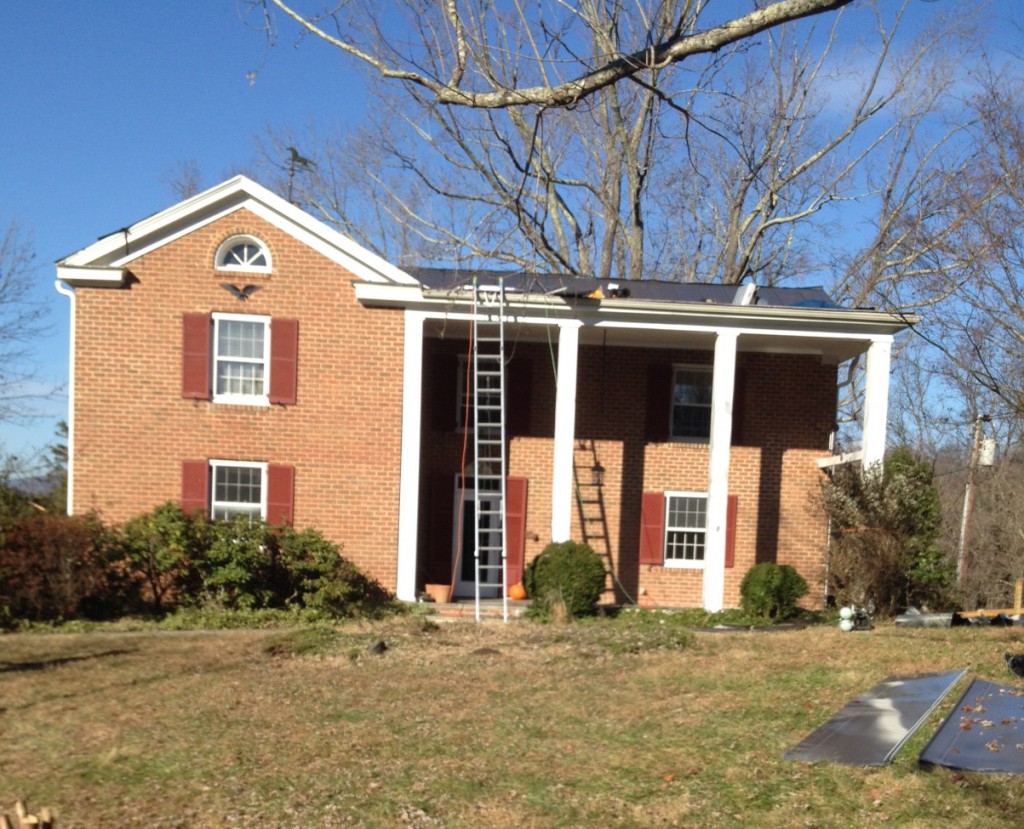 An added bonus: while the roofers were replacing some of the rotten wood, they were up in the attic area and found this newspaper tucked away: 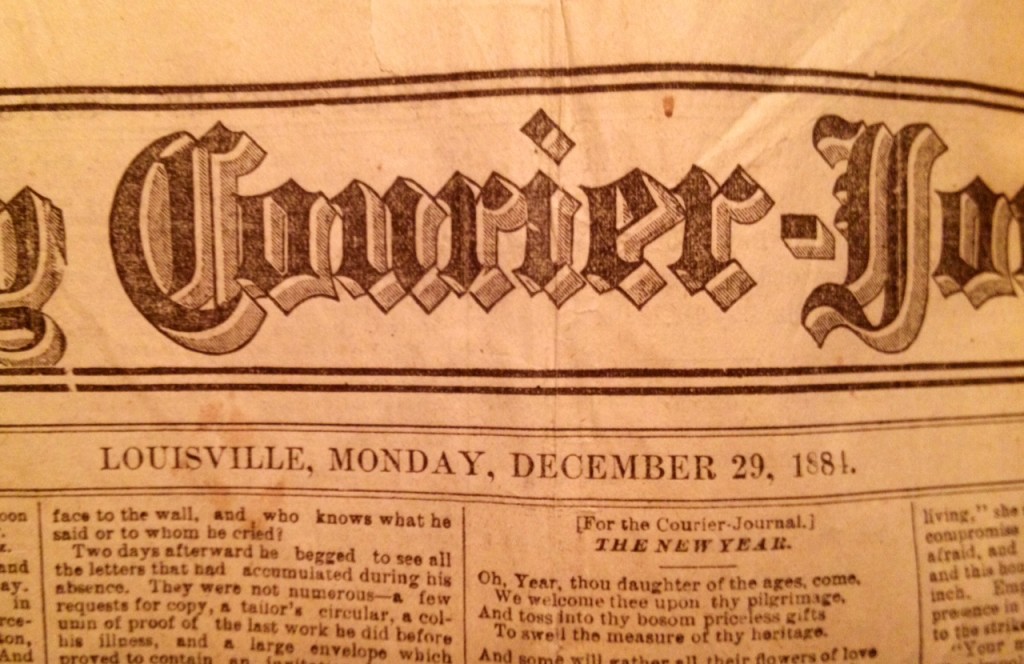