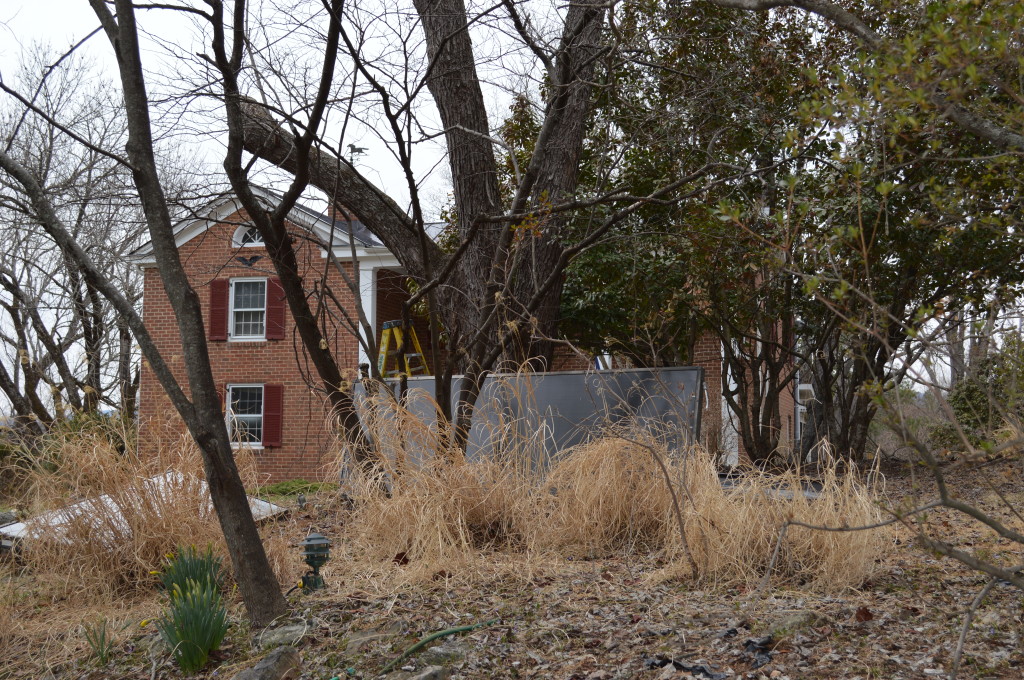 Our front yard has not only become a dump for the contractors (see the above pic with remnants of the old roof– which got replaced last November– still in our yard) but it was just so overgrown that it was really starting to bother me.  I don’t mind the contractor stuff because I know that’s somewhat temporary, but I decided I wanted to finally get a clear view of the house from the driveway. 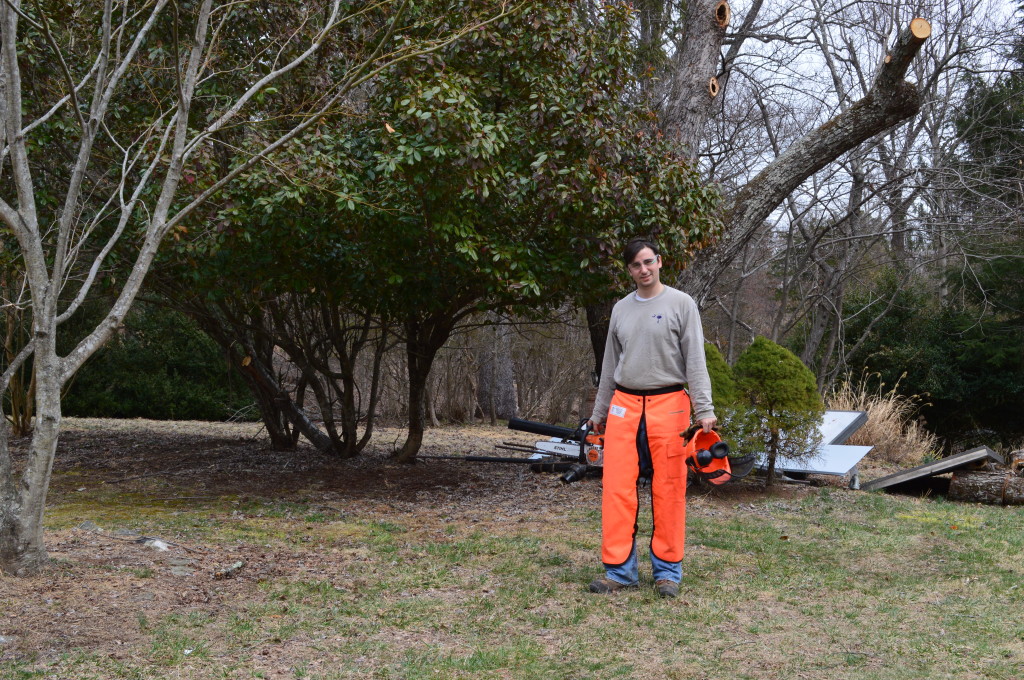 Thank goodness for a husband who knows how to work a chainsaw!!  David got to work clearing out three bushes, three trees, and a dead limb in one of the big trees. 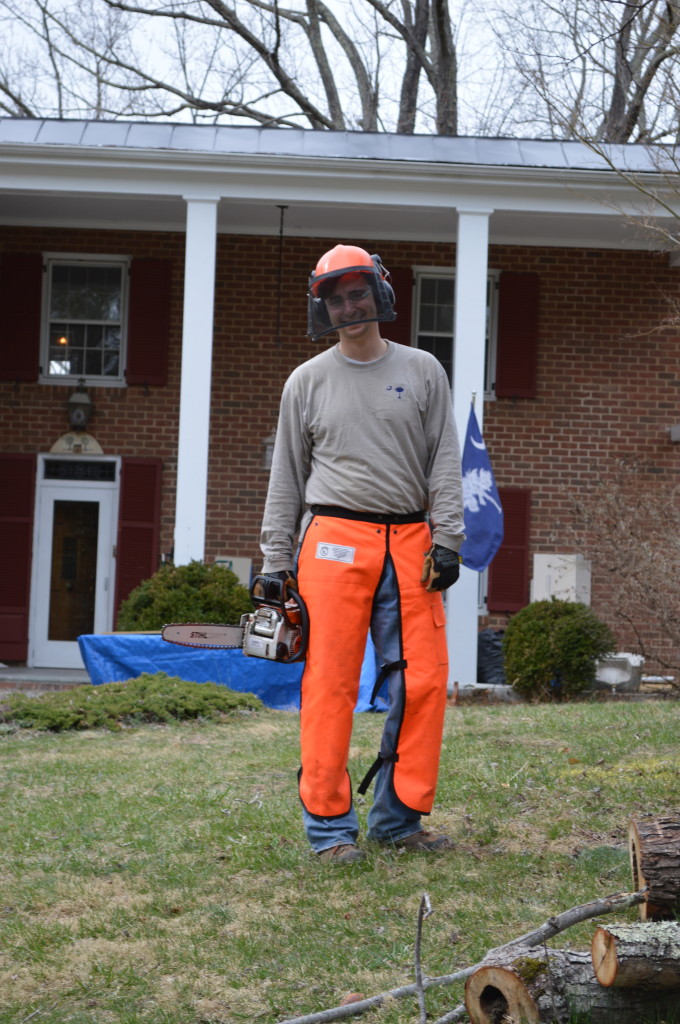 There he is, ready to take care of business!!  🙂 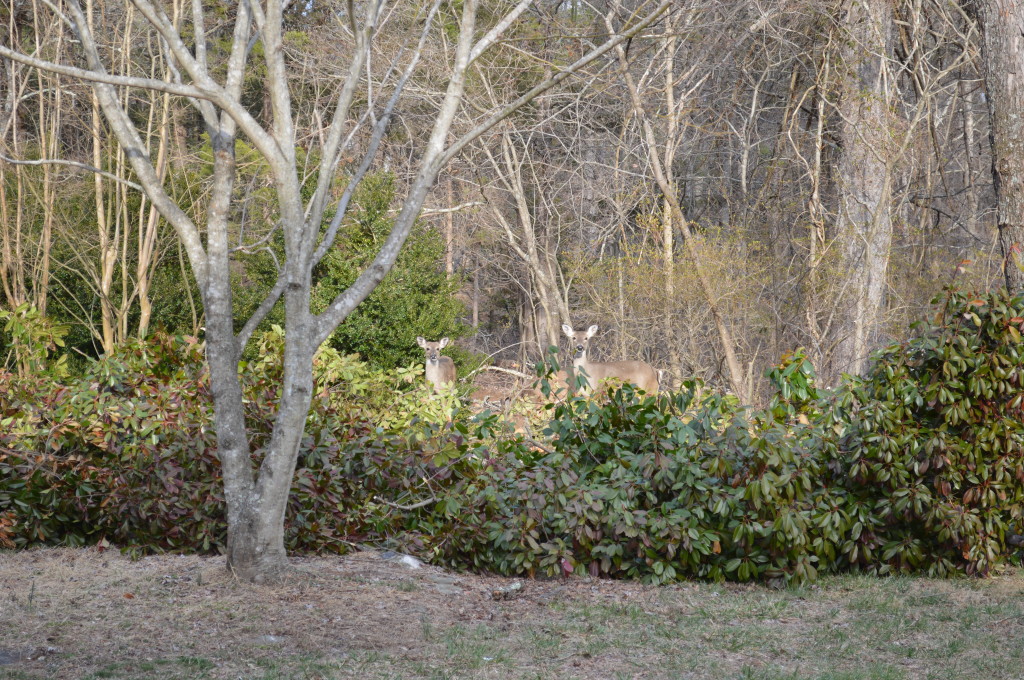 I don’t have any action shots of him chainsawing, but after he felled the trees and came inside to get some water, we saw a bunch of deer helping themselves to the leaves!!  We decided to let the deer trim up the cut branches for us (less to burn later on anyway) and within a few days, they got rid of all the greenery, making clean up much easier. 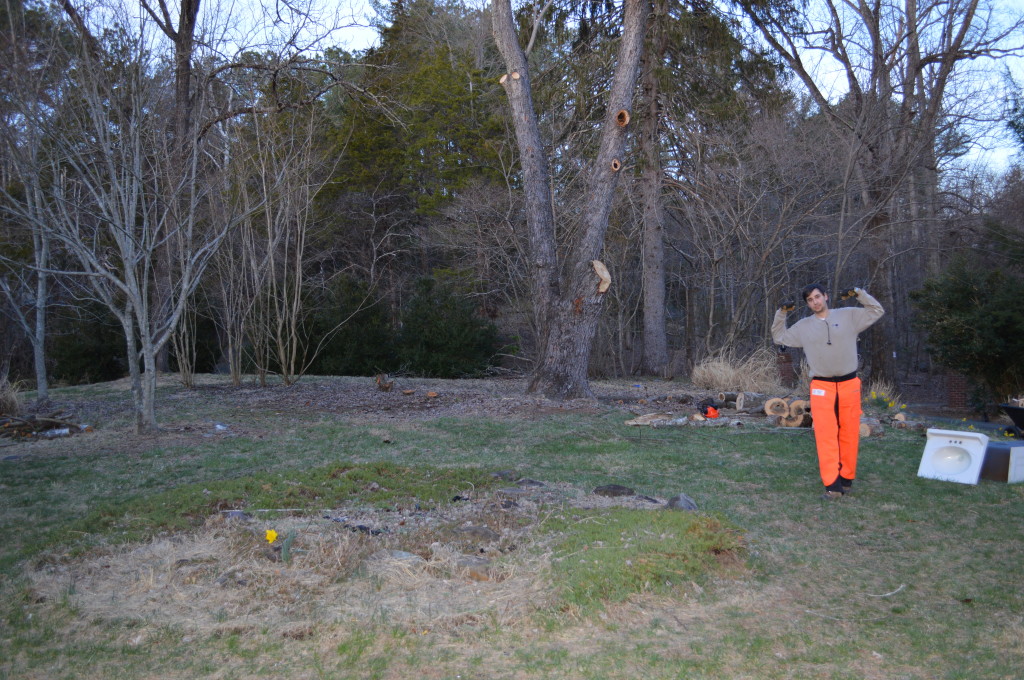 Ta da!!!  The “after” shot is above.  Look how clean and clear the front yard is becoming!  (Habitat for Humanity is coming tomorrow to pick up the sinks in the photo, but the rest of the contractors’ trash is FINALLY gone!) 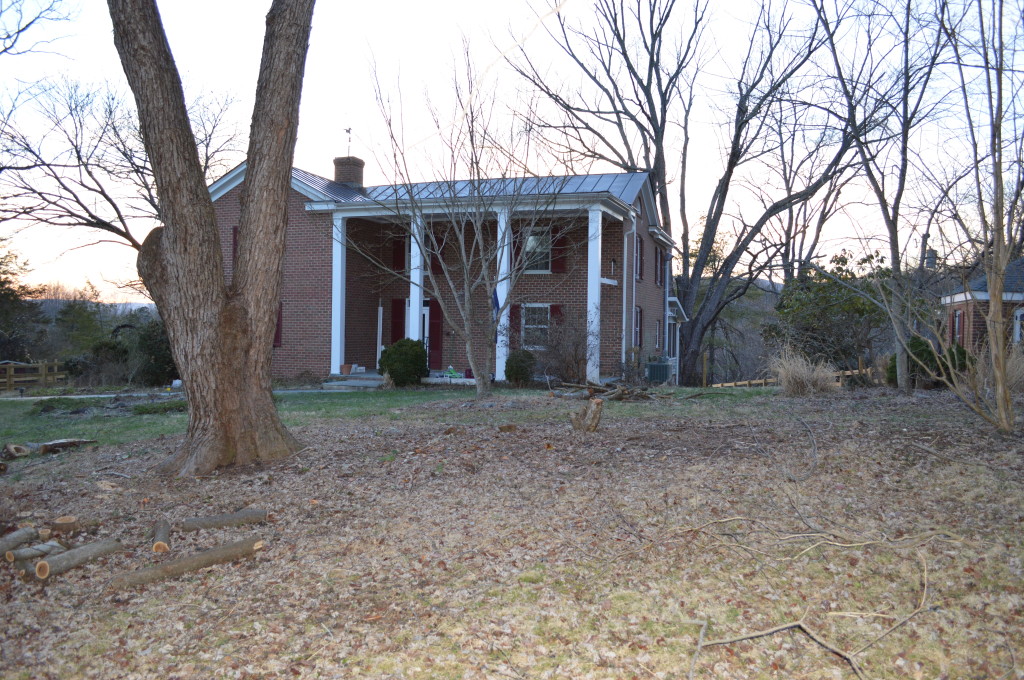 AND, the view from the driveway is much, much better now.  What a superhero for a husband I have!!!

8 thoughts on “Thinning Out the Front Yard”