Of the many things we’ve experimented with, this one turned out to actually work: removing wallpaper with a heat gun.

Some links are affiliate links, which means I make a small commission at no extra cost to you. 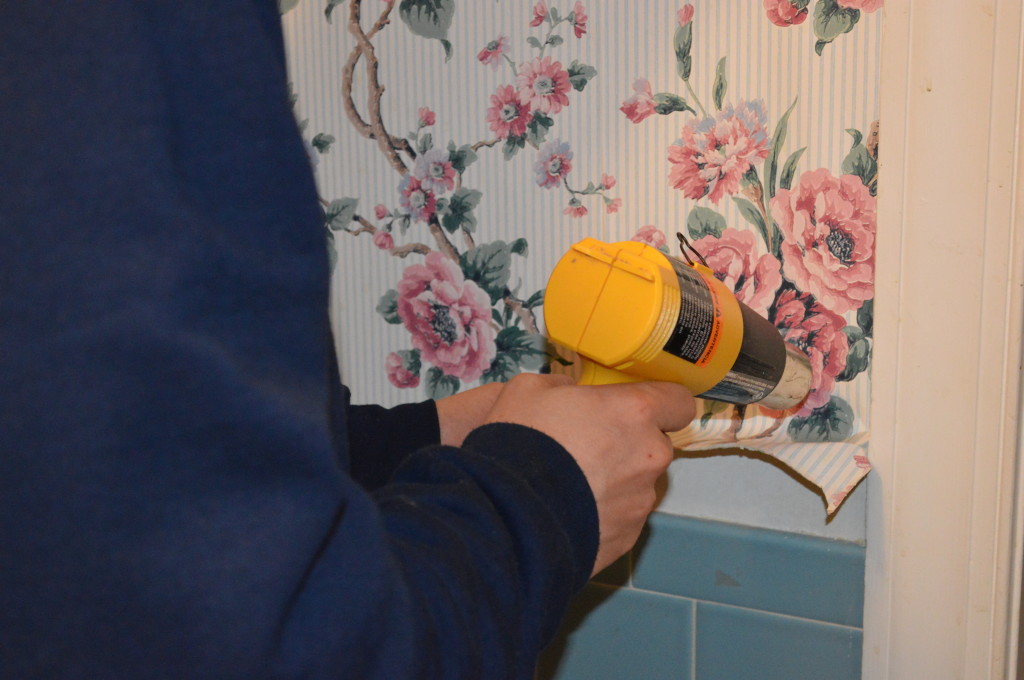 Just to recap, here is a pic of the master bathroom from when we moved in: 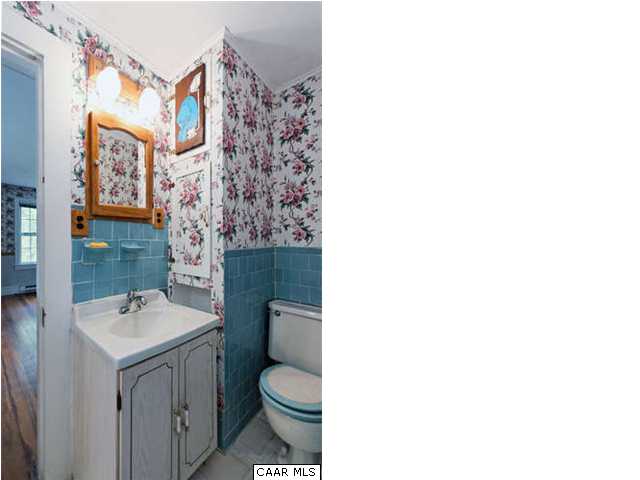 It was very beautifully done (I’m not being sarcastic) in that all the blue tiles matched the blue toilet and the blue stripes in the wallpaper background… it just wasn’t David’s and my taste.

After procrastinating and taking down wallpaper for what seems like the past 7 months straight, we decided to tackle this room.  Part of David’s attempt to earlier this winter was using a heat gun to literally heat the copper pipes.  While he was researching that online, he found out you can use a heat gun to remove wallpaper, too! 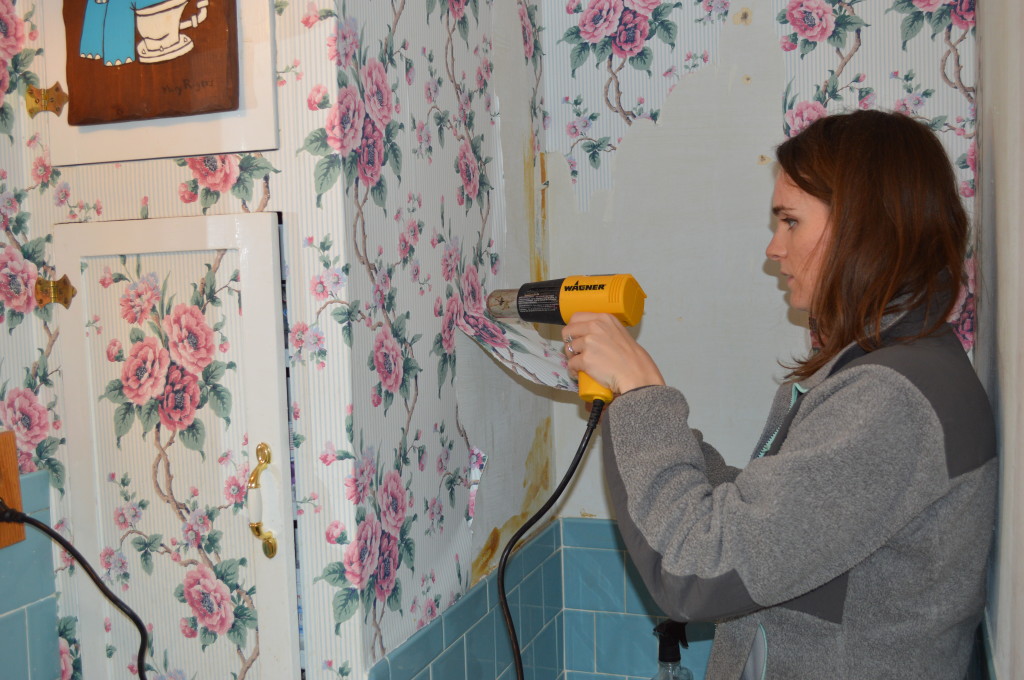 My tips for removing wallpaper with a heat gun: 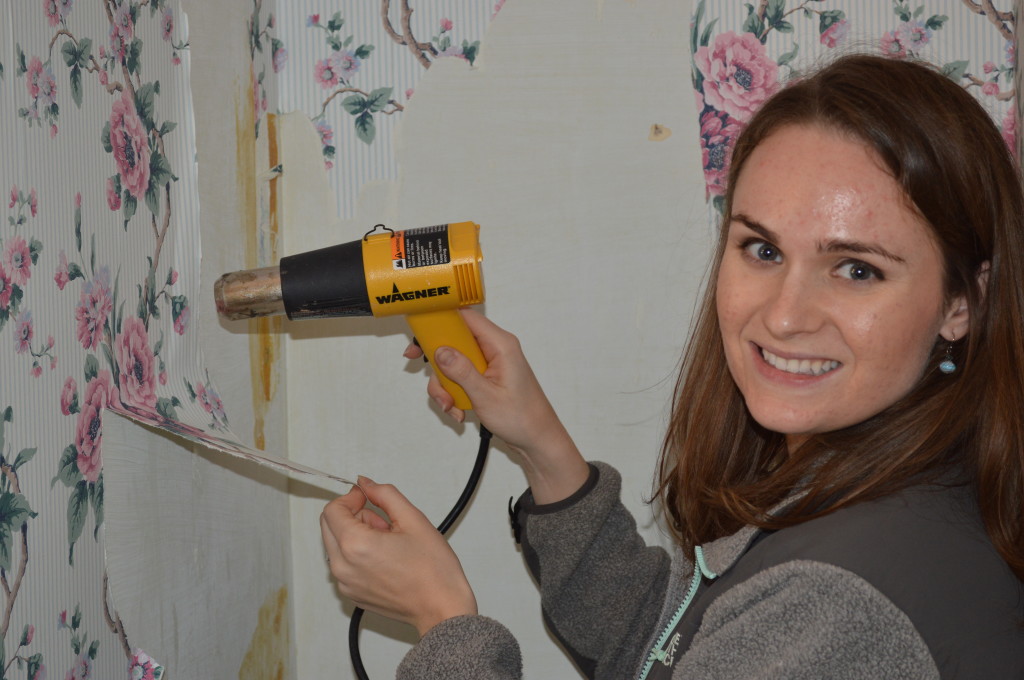 6 thoughts on “Using a Heat Gun to Remove Wallpaper”