Progress has been made on our quest to have a vegetable garden!  I’m so excited! 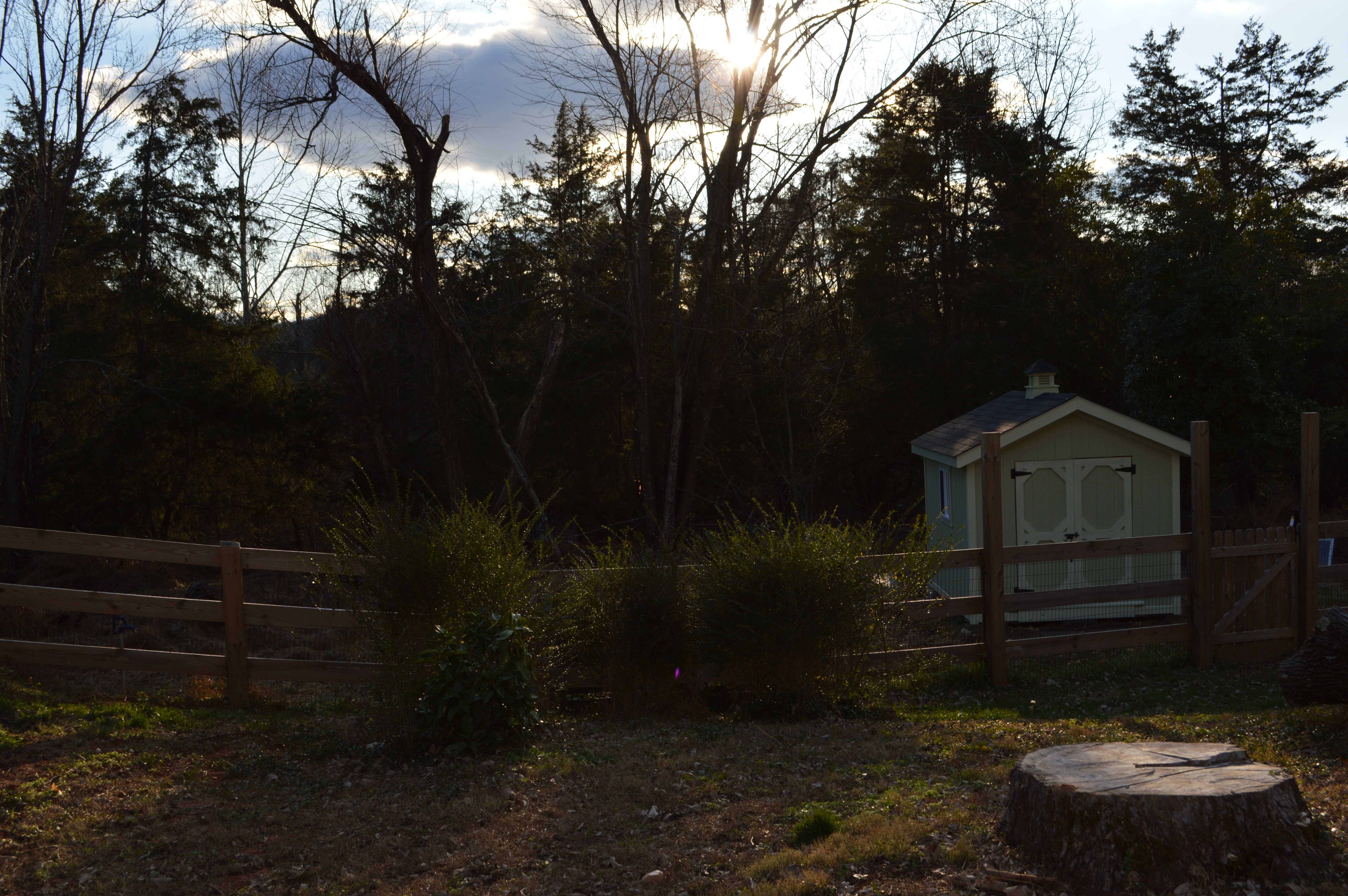 We thought there was a water line going there, since there was a spigot next to the garden shed when we bought the house, but somewhere in the history of the the house that water spigot got disconnected to any water line and rather than try and fix it, we were told it would be easier just to dig a new water line and move the spigot.  So… we did. 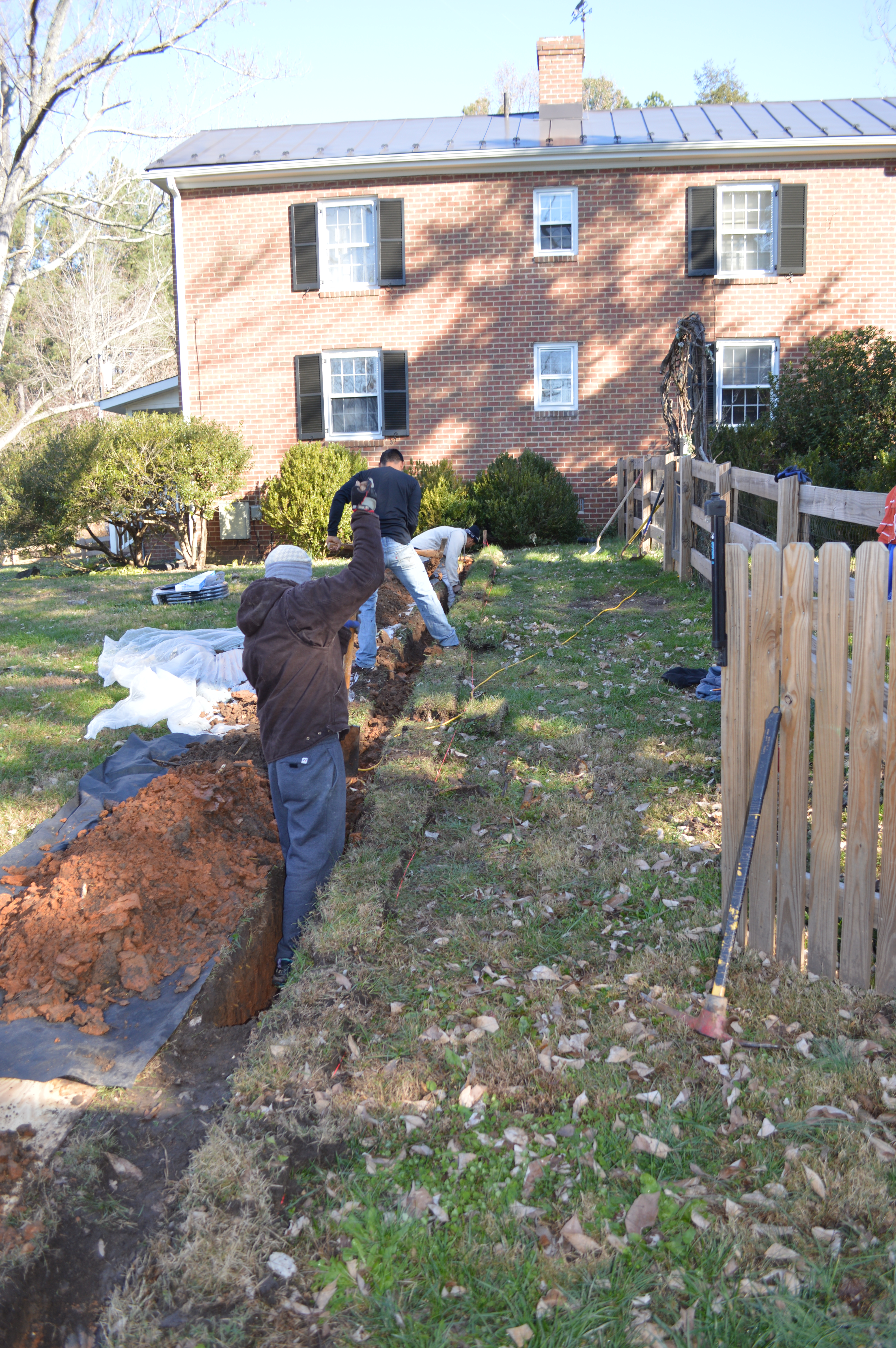 Our contractor’s crew did the whole thing in a few hours and I was impressed with how methodical the whole process was, plus at how little mess they made.  Basically they ran a string and dug a trench perpendicular to the string, saving all the dirt and grass. 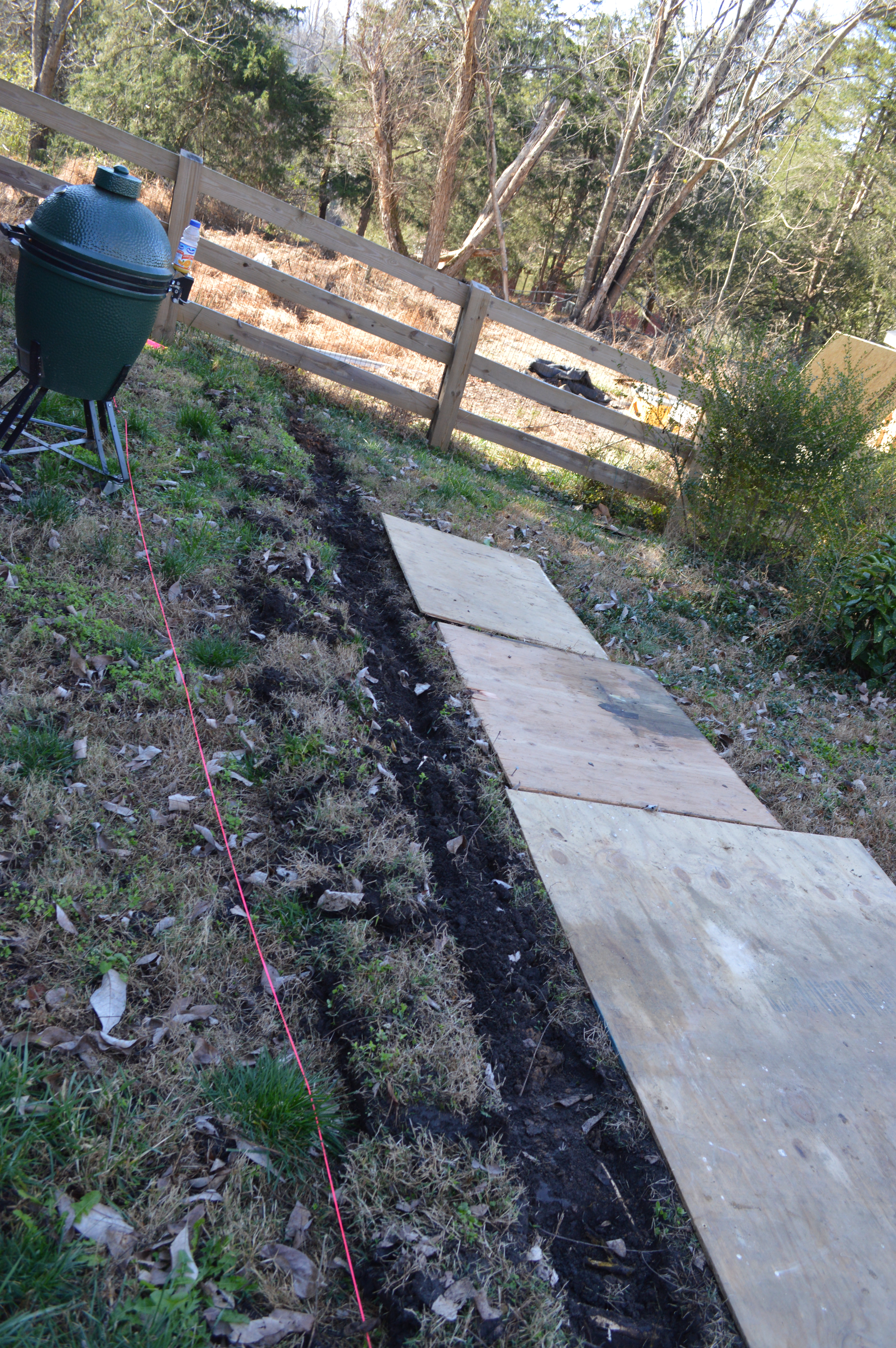 They made it look so easy! 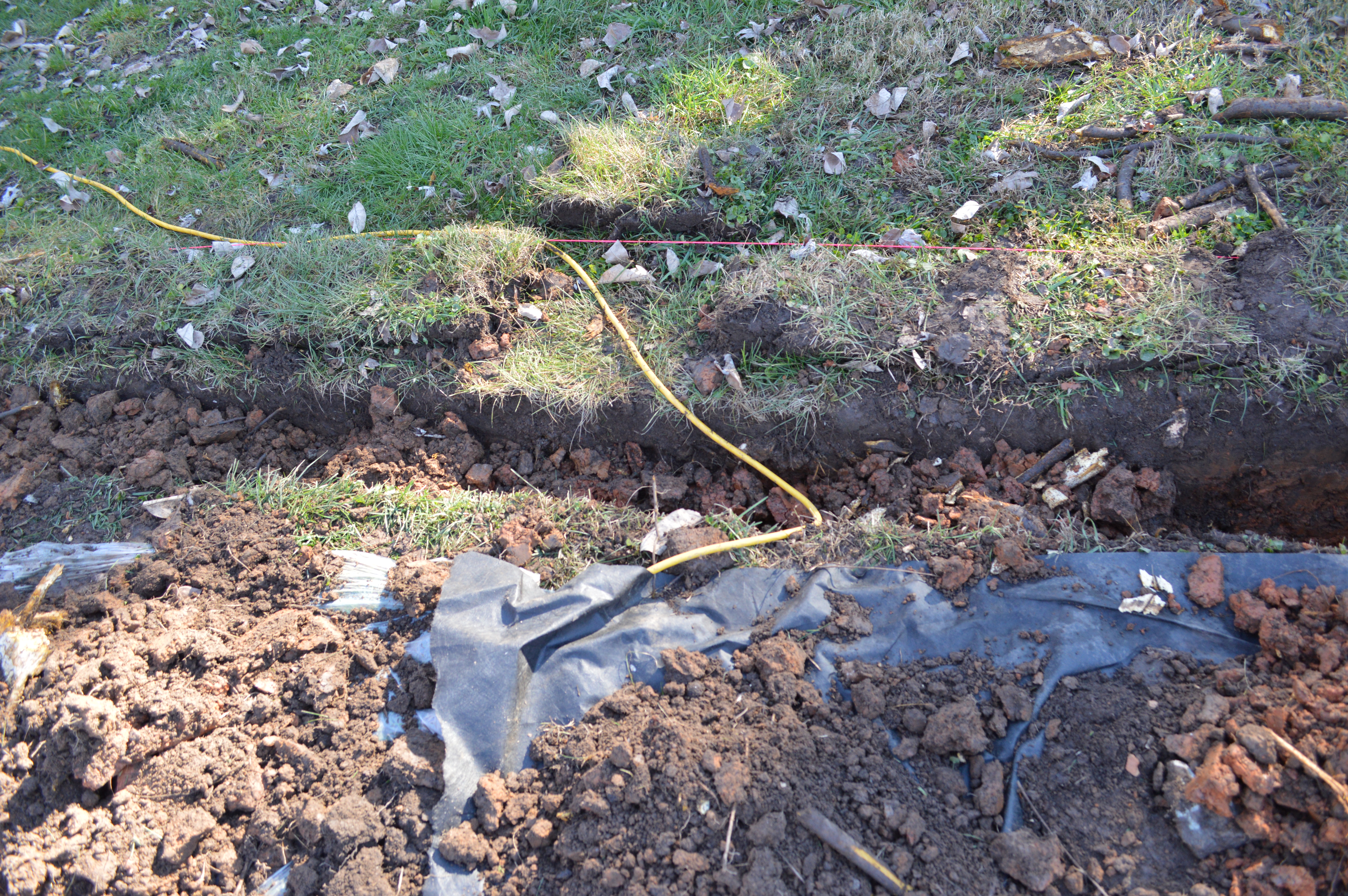 I was curious to see if they’d find anything super cool while they were digging… the house in a pre-Civil War farmhouse, after all!  (And they found a pair of electric pliers and a kazoo.  Haha I guess that’s super cool.) 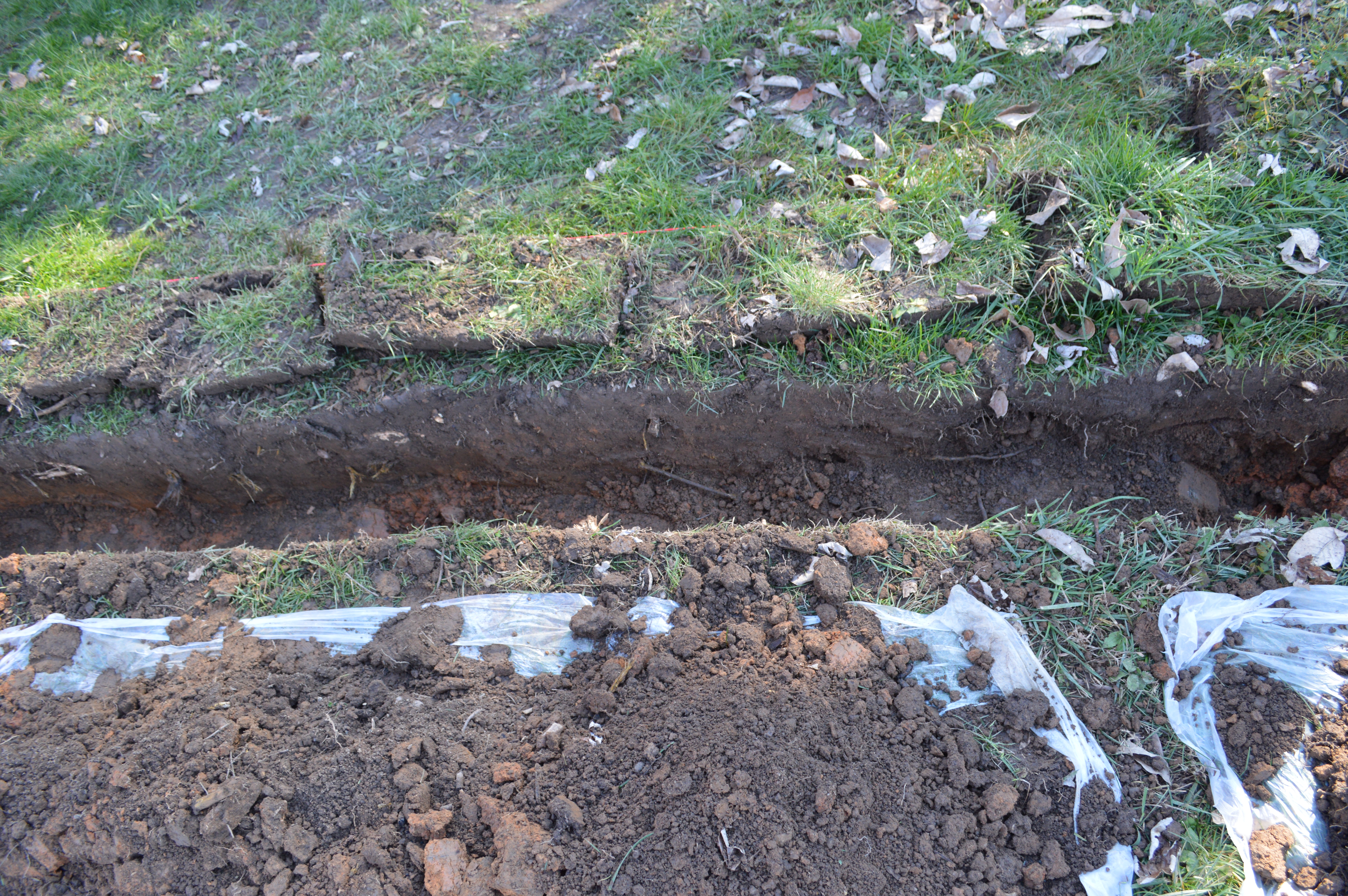 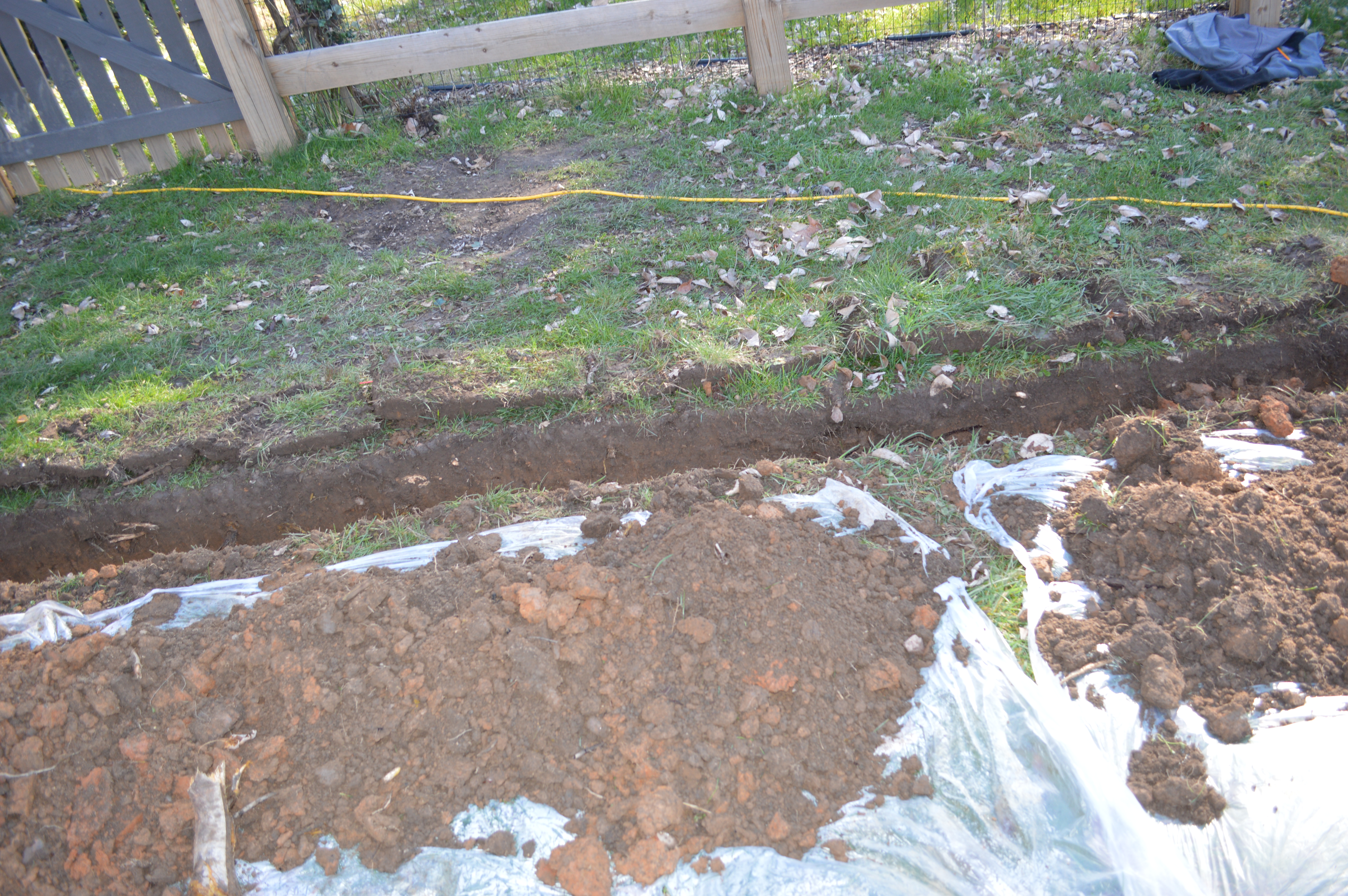 Then they laid the plumbing for the water itself, which was a fast thing to do.  They filled in the dirt and the grass on top as if the whole thing never happened. 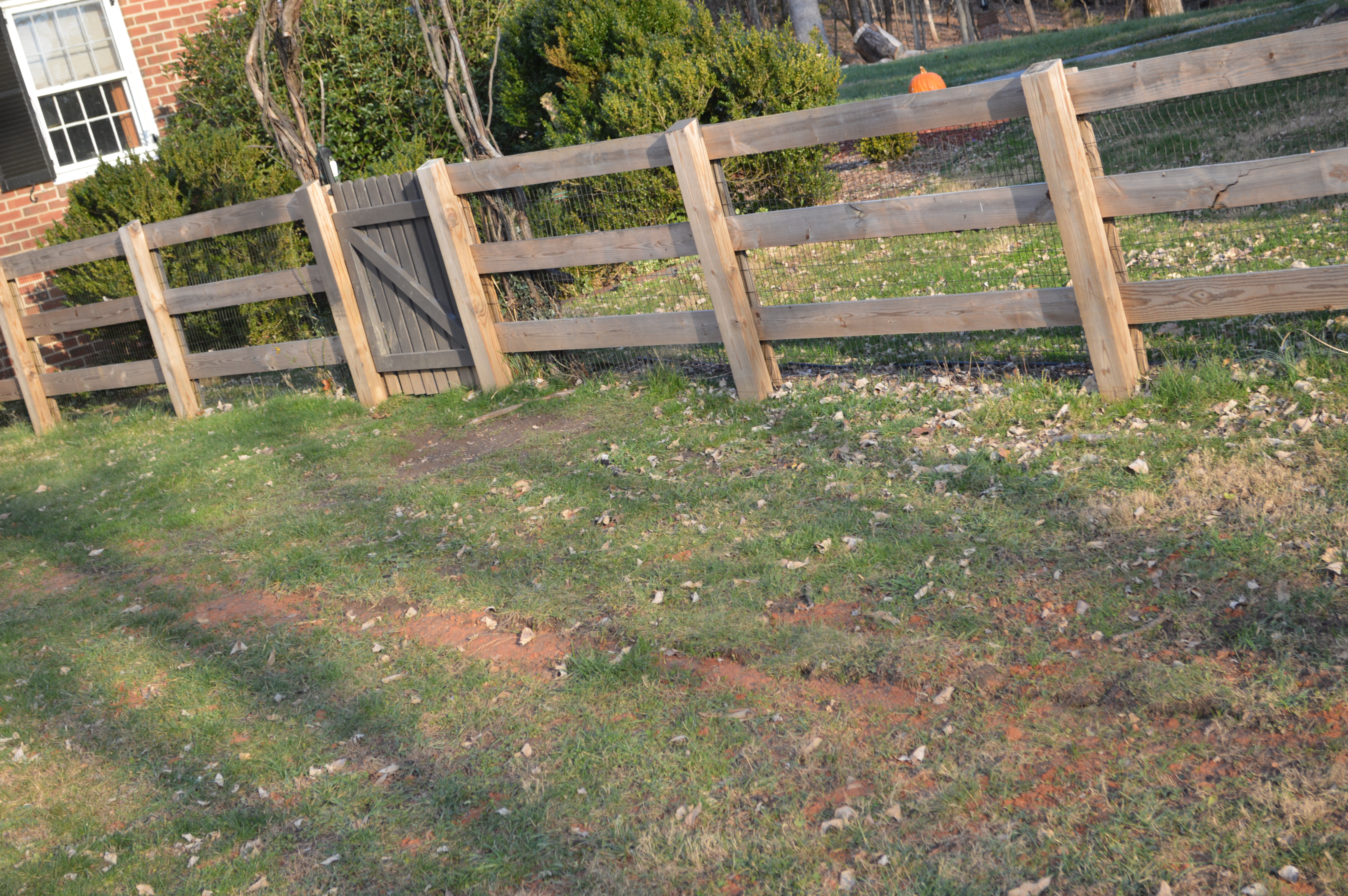 Check it out!  New spigot. 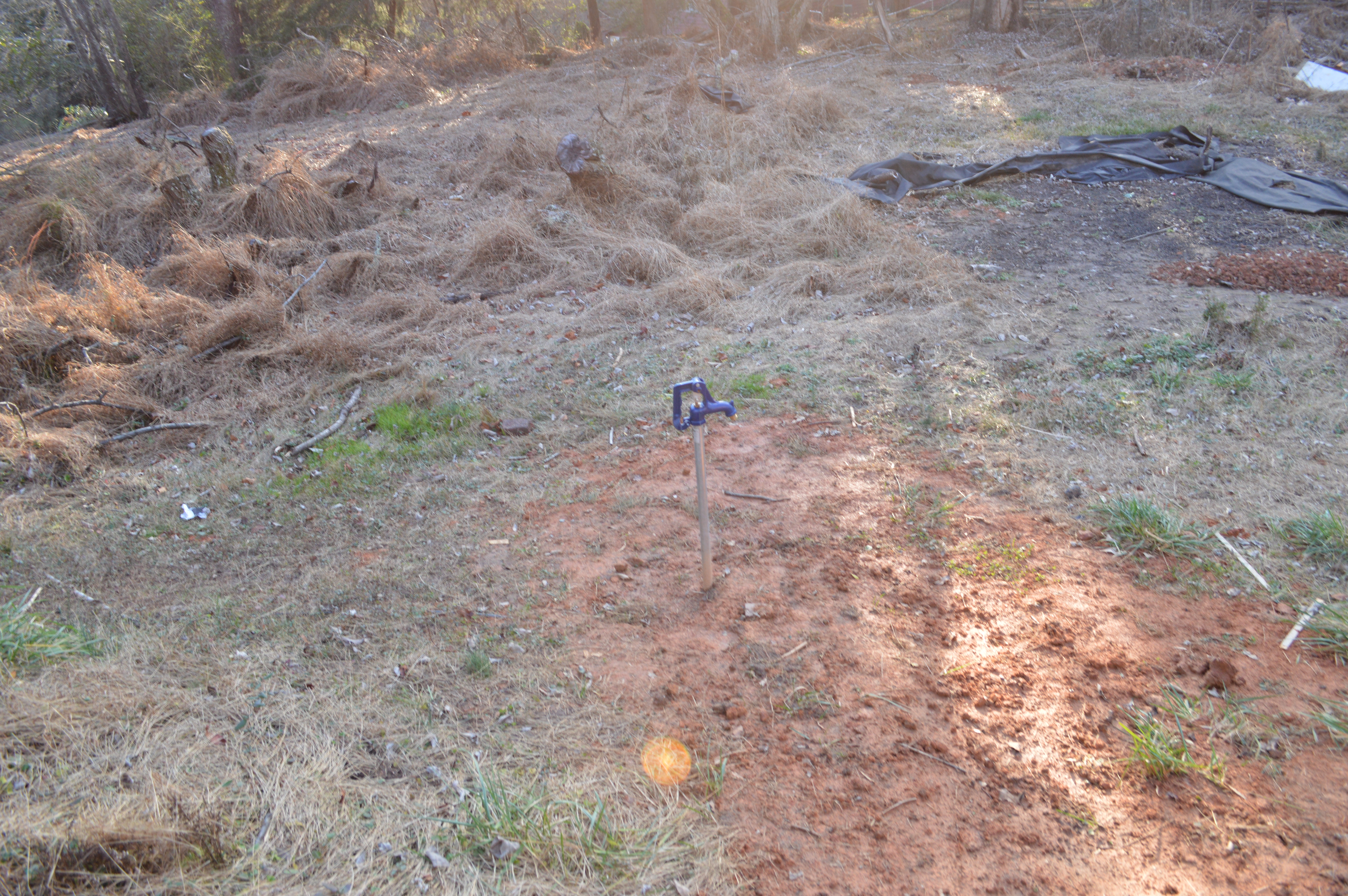 The blog site won’t let me rotate photos, ugh, but below (if you look at an angle) you can see where the spigot is in relation to the garden shed and the compost. 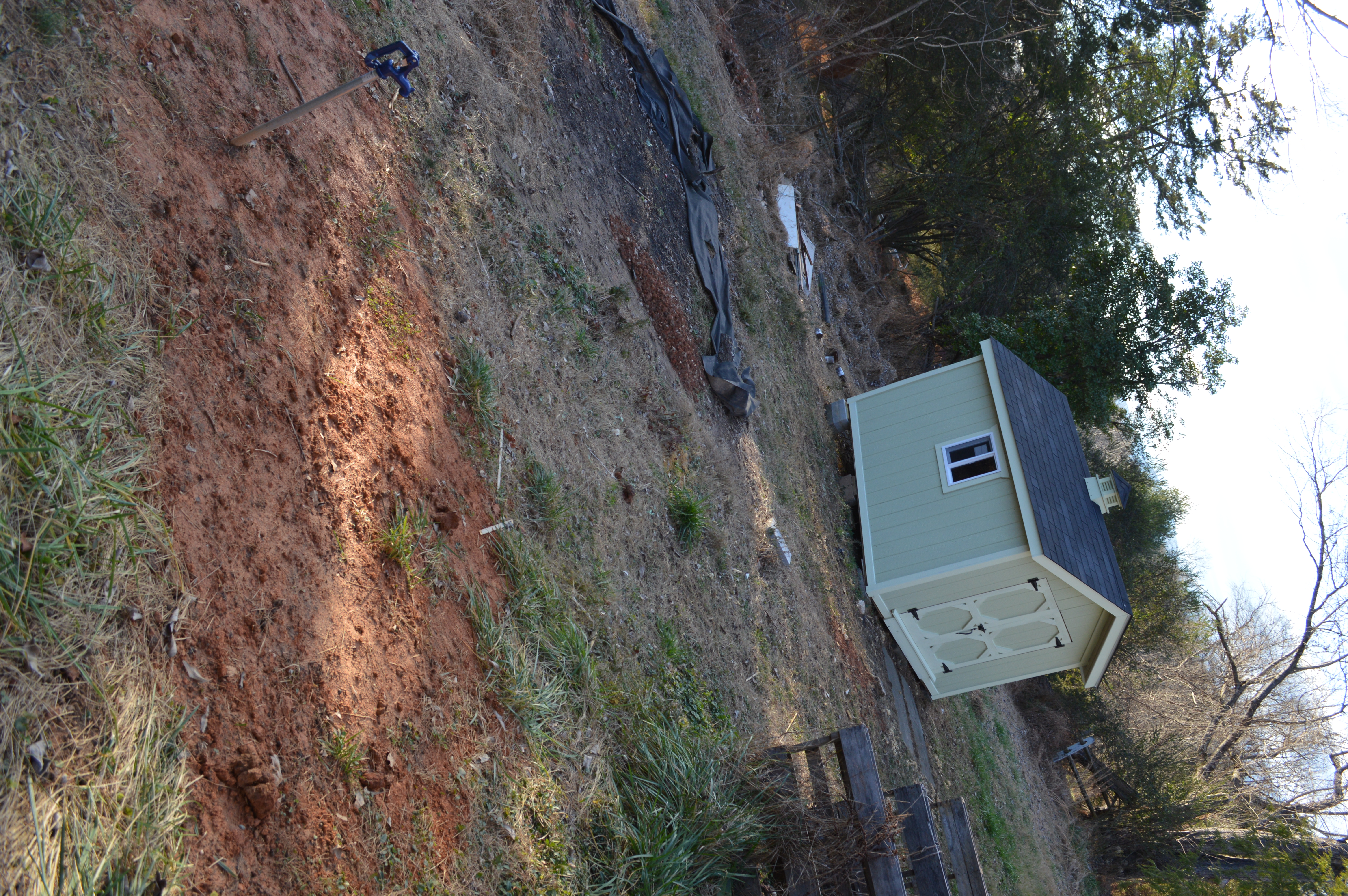 It’s a small step for sure but I’m excited for things to still be forging ahead here!