I just realized I never gave a status update on the kitchen renovations.  (Remember, this is what it looked like when we moved in!)  We’re still not done but we’ve been living in a “halfway point” for a few months now.  Here’s how it looks so far! 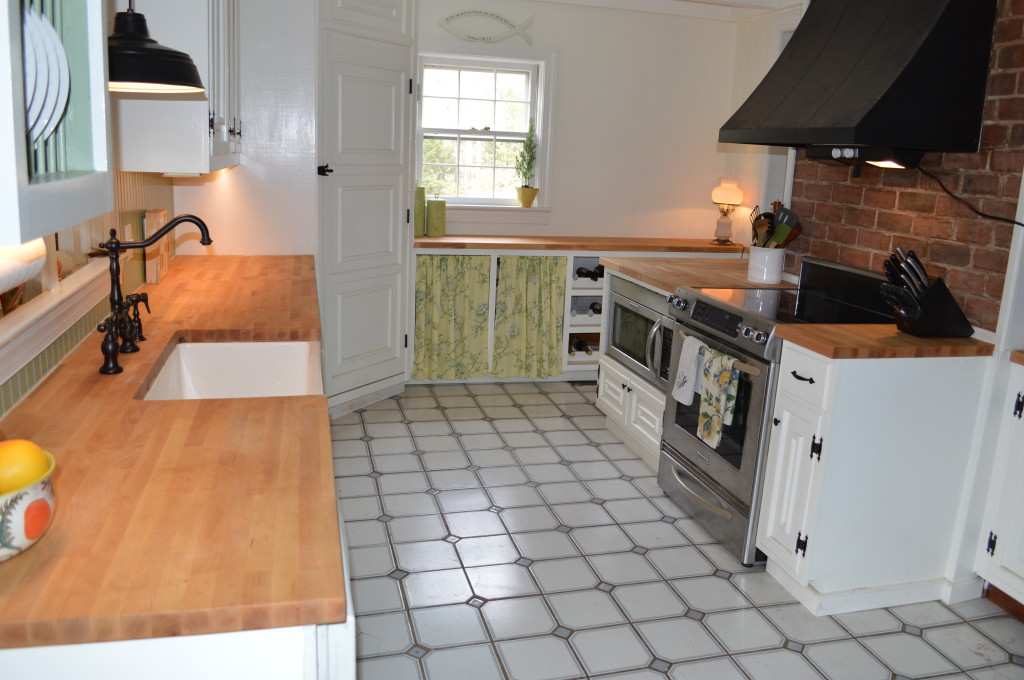 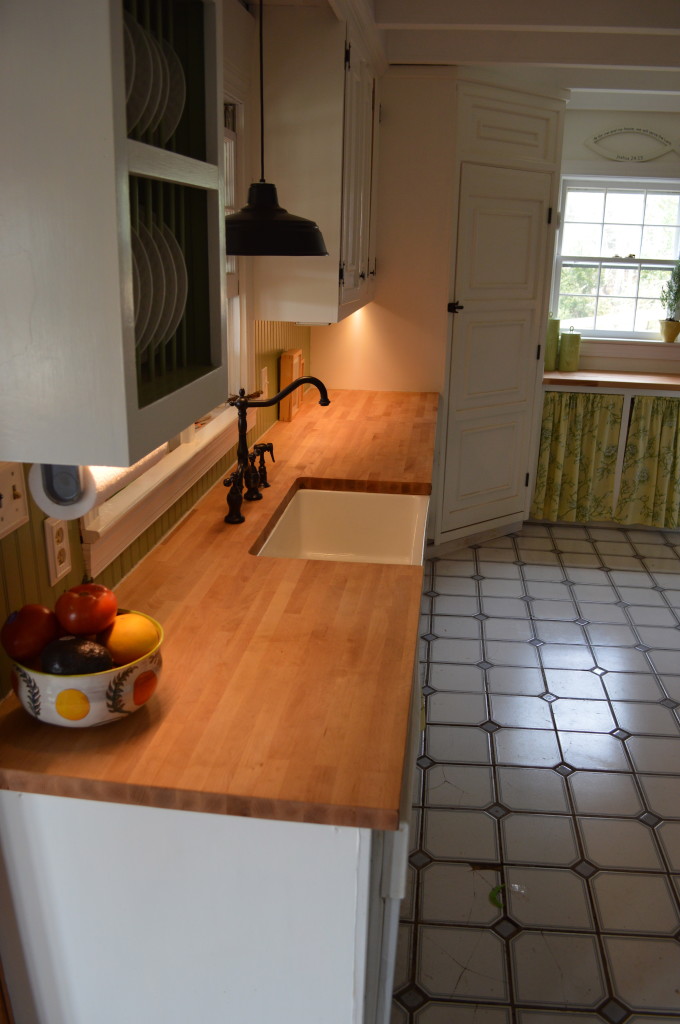 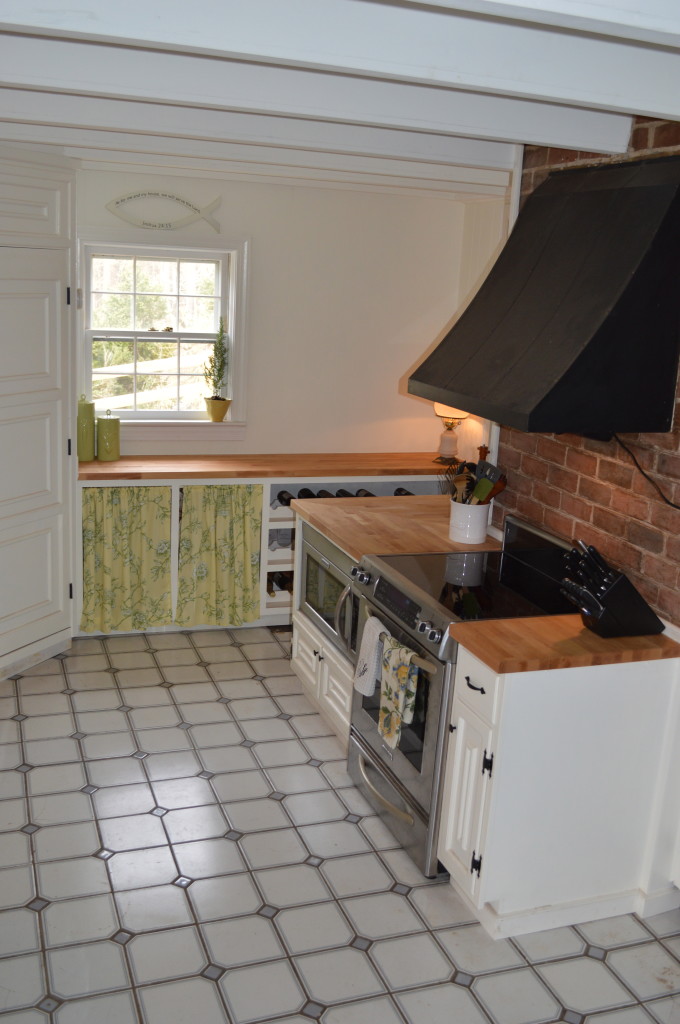 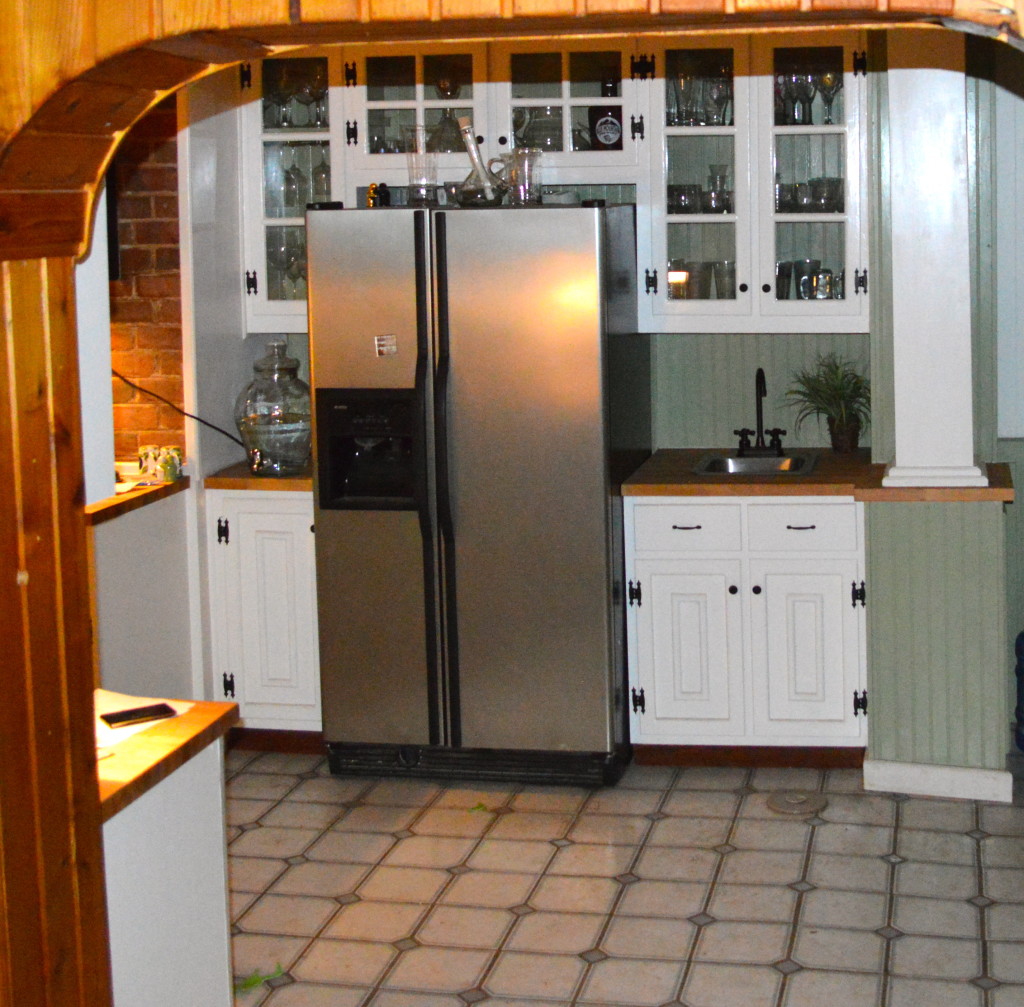 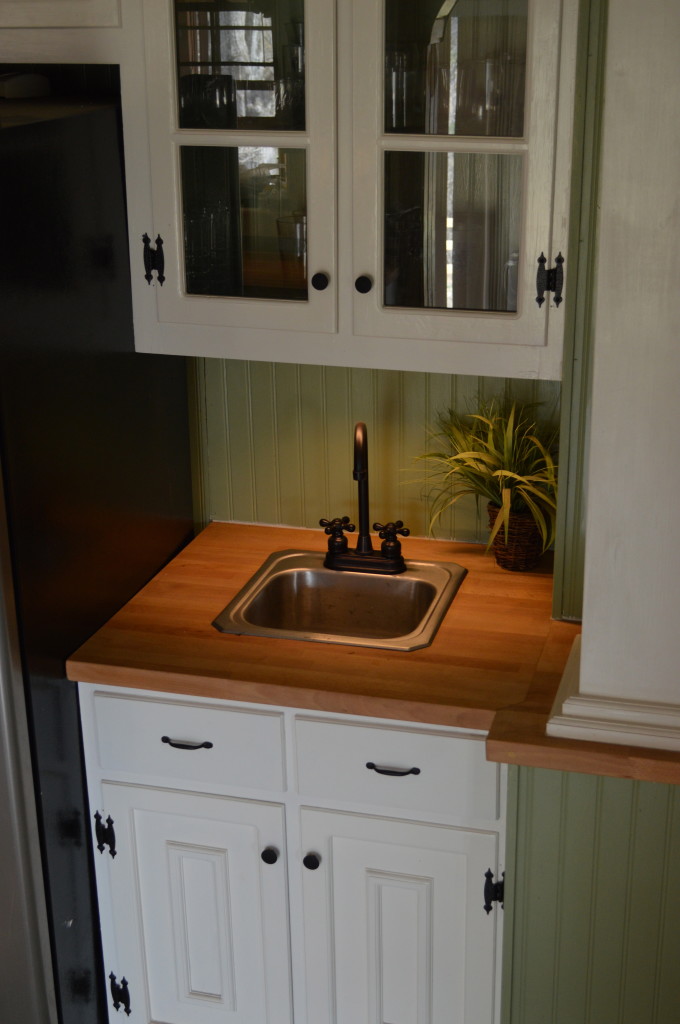 — Replace the tile floor.  It’s uneven (some places are 2″ higher than others) and without heat in the kitchen this past winter, the tiles got reeeeally cold.  (Read: colder than the inside of the fridge.)  They have started cracking pretty badly and you can trip over a piece of tile now.  So not only do we need to tear out the tile but also level the subfloor before putting in a new floor.

— Paint the ceiling.  We primed it and left it at that.  Plus, the part of the kitchen around the fireplace still doesn’t have a ceiling yet so we’ll have to take care of that too.

— Get light fixtures.  I want to have one by the exterior window/ wine rack and one by the fireplace.  While the ceiling’s torn up by the fireplace, I’m thinking of installing recessed lighting anyway to highlight the future mantle… we’ll see.

—  Lastly, but most importantly, install heat in the kitchen.  This has been our top priority the past few weeks as we’ve researched and met with lots of heating & air conditioning specialists who have come to see our system.  (One said he didn’t think his company would take on such a big project that’s so not up to code, and another said he’d never seen such an inefficient system.)  Other rooms have functioning baseboard heating but the kitchen does not.  So– before Winter 2014/2015 arrives, we will make sure we get heating in this room!!!

5 thoughts on “We’re halfway there!”