For this Thursday’s post about what inspires me, I’m going to tell you what already inspired me… how we ended up choosing Charlottesville as our new home.

Almost a year ago, when we started thinking of seriously leaving the DC area, a lot of our friends understood that sentiment and expressed a similar desire themselves.  Then we decided on Charlottesville as our ideal destination, to which a lot of our friends said… “why?”

Cold weather depresses and frightens me.  I like the Southern culture I grew up with on my dad’s side spending time in rural Virginia and David, having grown up in Charleston, South Carolina, likes it too.  (Northern Virginia is admittedly NOT Southern.  That’s hard for me to admit, because I take pride in my “Southern” roots, but really I can only do so based on my parents and their legitimate Southern roots.) 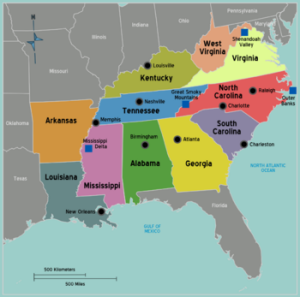 2.  We wanted to be able to buy a house with some land or at least a really big yard.

In Northern Virginia, our tiny little townhouse was expensive.  And it was tiny!  2.5 bedrooms (the “third” bedroom was really only big enough for a crib), 1.5 bathrooms (the half-bath was part of the mud room and laundry room), a tiny not-updated kitchen, and a very small yard for our very large dogs. 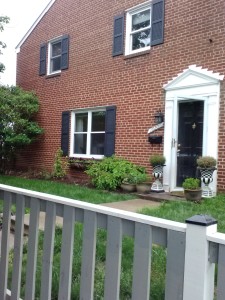 It practically required two full-time incomes (which are not too shabby in the DC area) just to pay the mortgage and live comfortably.  I felt cramped.  I gardened out of pots and we spent hours and hours of our lives at the dog park throwing the ball for Liesl or running around with Kaiser so they would get their energy out and be tired at home.  We decided when we left the DC area, we wanted space for however many large dogs we could ever want AND for me to garden.  (And, one day, a yard/ play area for our kids.)  This required looking at areas with lower costs of living, which wasn’t too difficult coming from the high and mighty market of DC.

3.  We wanted to be near the mountains.

Let me clarify that: I wanted to be near the mountains.  I LOVE mountains.  Every time I see them, my stress level instantly lowers and I just smile inside (and usually outside, too!).  This is probably also attributed to spending time at my grandparents’ farm growing up and always seeing the Blue Ridge mountains across the fields.

4.  We wanted a city that was not too big, and not too small…

…some place where there wasn’t horrible rush hour, like Atlanta, but wasn’t too small town where the big event was the annual lawn party.  Charleston and Alexandria were both good sizes (125,00 and 146,000, respectively) but we were hoping to find a city that was a little less dense where you could spread out and have some room.  At the same time, we didn’t want a city with so few people that there was no cultural life, like a restaurant scene or the arts.  This made us start looking at cities with renowned universities… 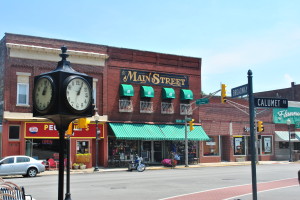 5.  We wanted an environment where our future kids would be intellectually stimulated.

Northeners would probably say you can’t find this one if you live in the South.  🙂  But this was important to us.  We didn’t want to move from an amazing center of power and business like Washington DC  and rob our future kids of the opportunity to learn, learn, learn.  We started looking at cities with good school systems.  I grew up going to public schools and David grew up going to private (but only after his public school experience was not… well, it wasn’t enriching his mind optimally).  We both ended up at Wake Forest University, happily ever after, yadda yadda, but the common denominator– in my opinion– is that we thrived educationally. 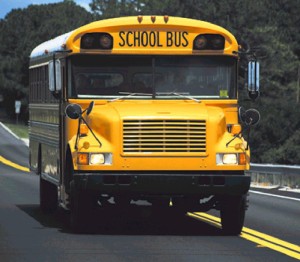 This probably should be #1, but at the time we were developing our “criteria,” we weren’t totally serious about the idea of moving and it only figured into the equation later in the game when we started to think of leaving DC as a definite possibility.  A lot of research went into figuring out where we could both work in fields relevant to our careers (and not take a huge hit professionally).

Only two cities made it to the short list– Greenville, South Carolina and Charlottesville, Virginia– and then David got a job offer in Charlottesville and that was that!  Charlottesville has exceeded every expectation we had.  We have PLENTY of room with our big ol’ farmhouse on five acres, we have a view of the mountains from the house, it’s the perfect size because we’ve been here less than a year but we know our way around and know the major parts of the city (just not too intimately to be bored with exploring them!), we’ve been to a bunch of concerts already and there are so many around the corner, we’re in one of the best school systems– Albemarle County– in the U.S., and we’re both in jobs we love doing what we wanted to be doing. 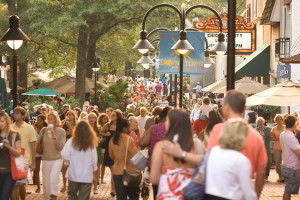 And that, my friends, is “Why Charlottesville.”

We couldn’t be happier we moved here, flying squirrels and frozen pipes and all, and we both agree we would do it again in a heartbeat.

19 thoughts on “What Inspired Us to Move to Charlottesville”