Between Sunday night and yesterday mid-day, we got about 6″ of snow.  (And we didn’t lose heat OR water once!!!!)  My sister happened to be here visiting and David happened to be in LA for work, so us girls had ourselves an awesome little snow day.  She had to leave at about 4 PM though, and after we brushed off what felt like thousands of inches of snow from her car and she pulled off, I looked around the front yard and realized all of the boxwoods were depressingly hunched over, tormented by the weight of the snow. 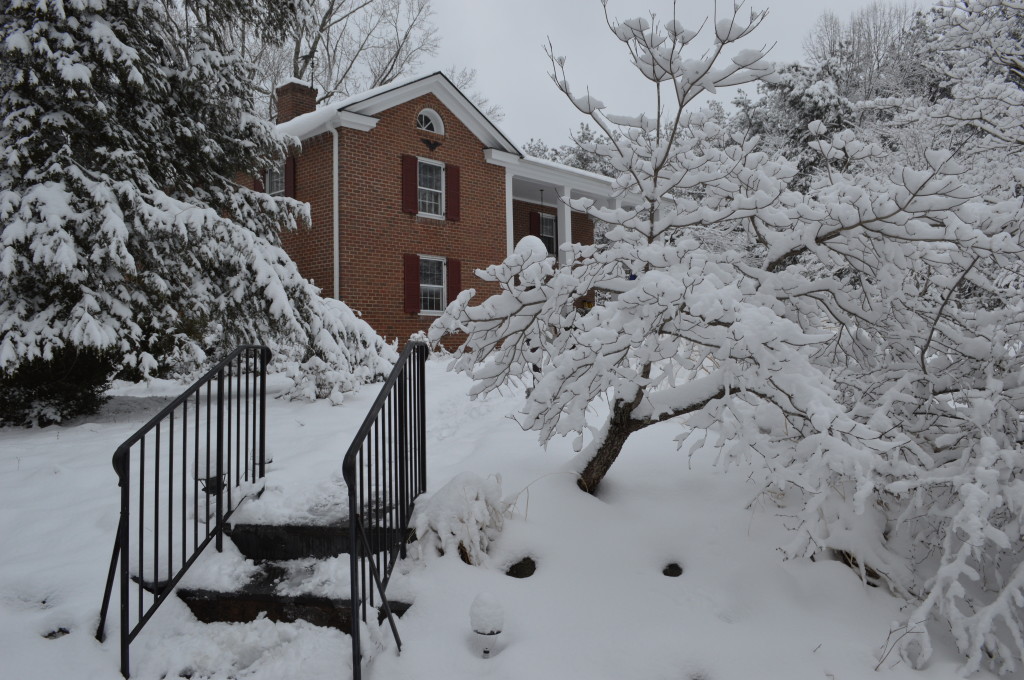 So I got my broom and started brushing off the boxwoods.  It was a fun chore at first, when I was just doing the smaller, younger boxwoods. 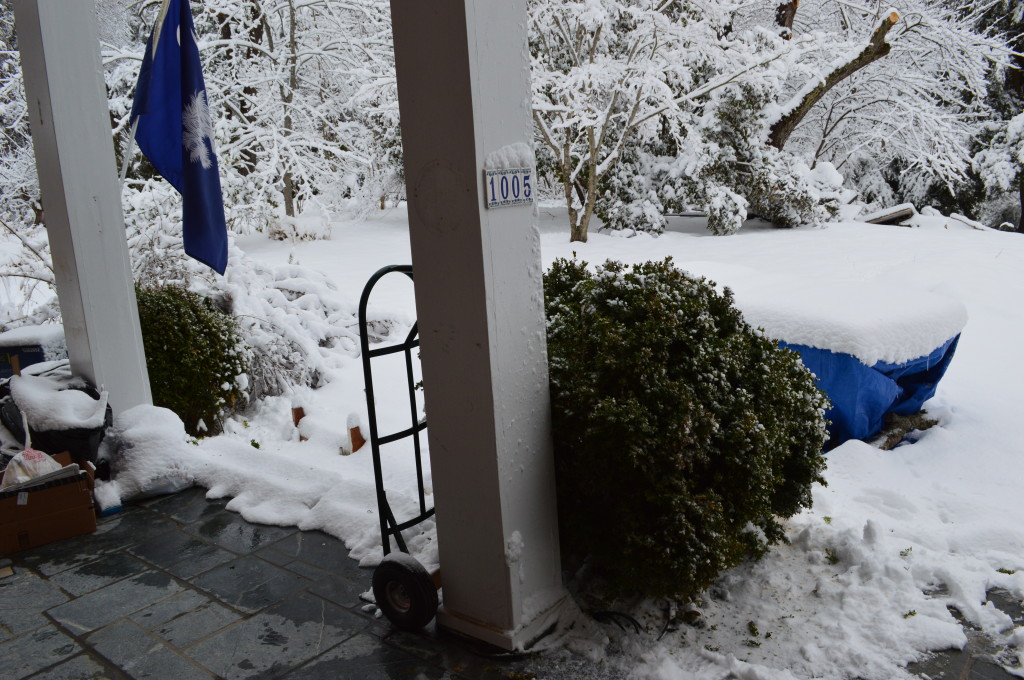 Notice how the only thing that’s green are the boxwoods? 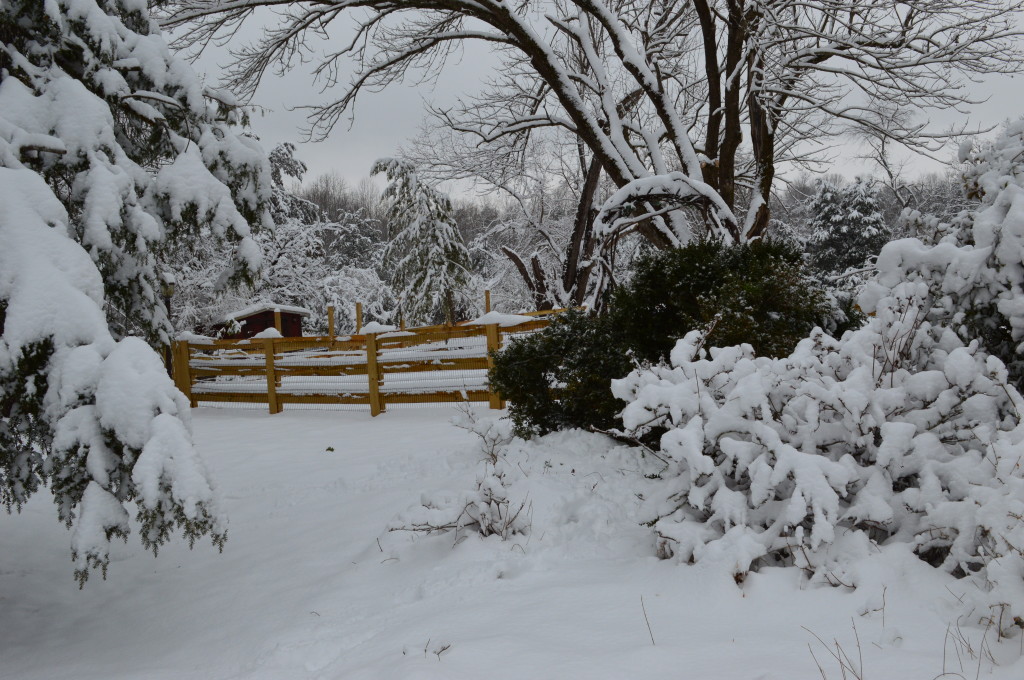 Then I moved on to the boxwoods at the edge of our yard by the driveway.  Those are much older (and consequently much larger, going above my head.)  The lesson learned here is to tap with the broom then jump back as the snow falls down… I got quite a few avalanches down the back of my coat. 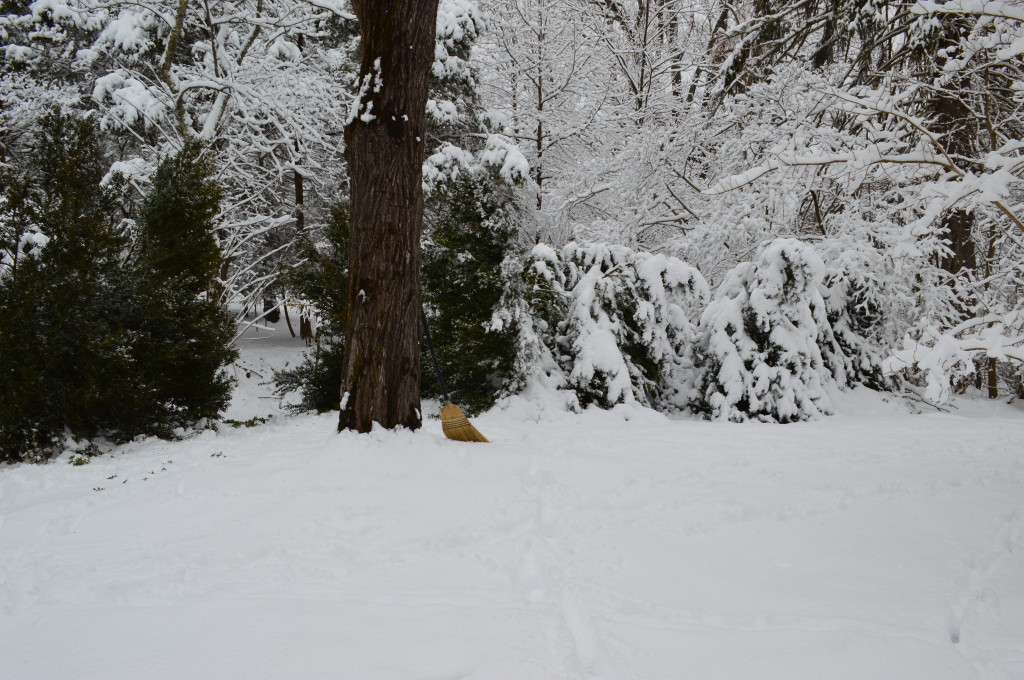 The boxwoods on the left have already been “saved.” The ones on the right waited while I took a break.

It was at this point that I realized I was getting exhausted from all the banging with the broom on the hard branches.  I really, really wanted to make sure the snow got off the boxwoods because I’d seen at my grandparents’ farm the long-lasting damage done to boxwoods when the snow stays on them and bends or kills the branches.  Even though these boxwoods weren’t centuries old or in the best condition anyway, I felt determined that they wouldn’t suffer from the snow under my watch.

I started humming “God Save the Queen” to the tune of “Must Save the Boxwood” and got back to work.  More snow fell down my coat and I couldn’t feel my toes by the end, by darn it, the boxwoods sprang back to life and about an hour later they all looked good as new! 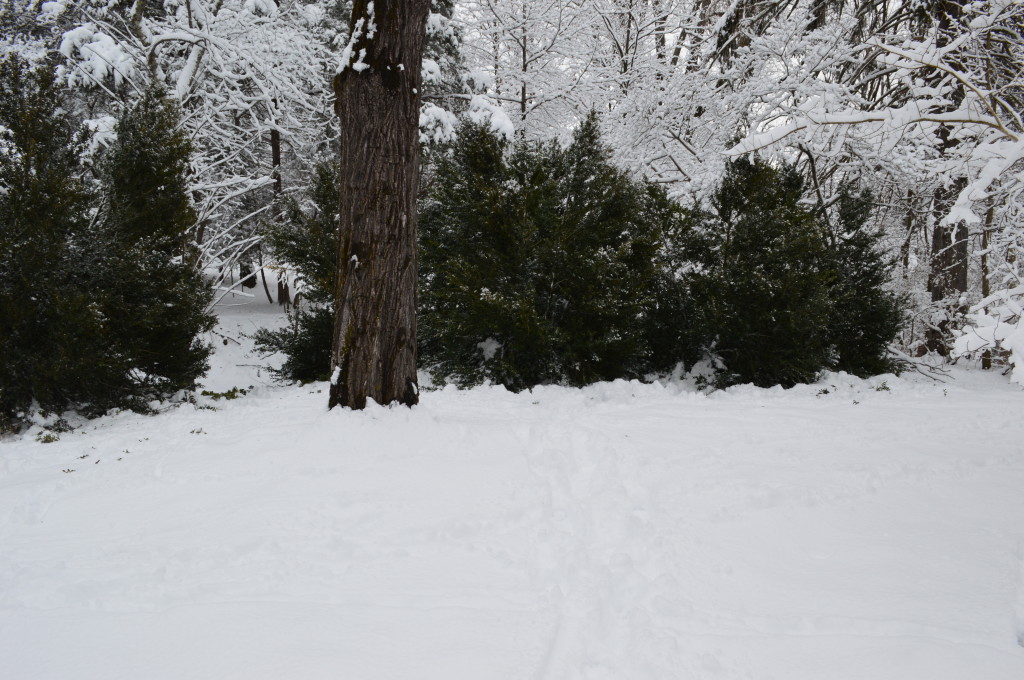 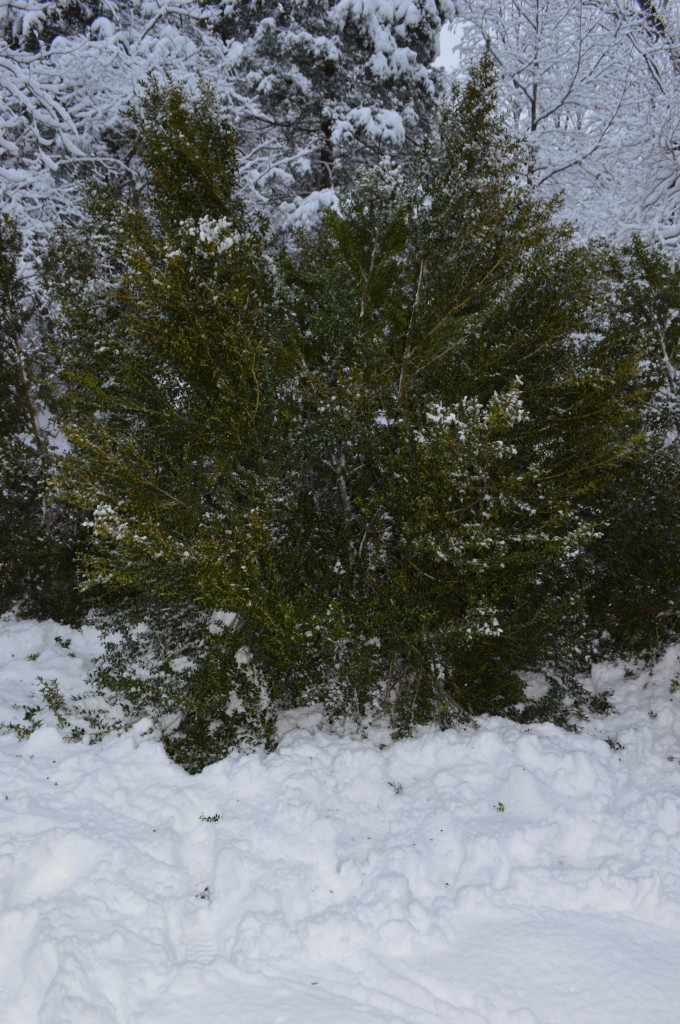 If you would’ve told me this time last year that on St. Patty’s Day 2014 I would be living in Charlottesville sweeping snow off of boxwoods… I would have laughed and definitely not believed you.

Crazy the changes  a year can bring!!

4 thoughts on “Must Save the Boxwood”